Nice game against Mental/DreadReapr. Had the odds in my favor as I played dreadnought and faced a necromancer, but not much did it help.

We tried out simultaneous turns all way through, didnÂ´t work out well for me as my opponent was able to march through my lands unhampered and I couldnÂ´t attack 4v3 due to rules, as he also had 4 stacks all alongside at that moment. Was scared about the prospect of those many bone collectors to do an open field battle (and very hungry, which certainly doesnÂ´t help a thinking mind), which I had to do in the end after my capitol and a city was razed and my income was falling.

Anyway, no whining, before that happened, we had one nice battle, the first screenshot happened during that long bloodbath. Unfortunately one of our connections failed shortly after that screen, so that one didnÂ´t play out to the end. Afterwards I didnÂ´t realize/think clear enough that I had to take the city (a vassal) back as it was getting razed afterwards. It could have been possible by scrambling all I had, but you would never know.

The bone collector would have killed off my remaining troops, but I would have had a chance to kill some of the other of his left units with the the "seeker" enchanted cannon, perhaps even his leader.

The final battle of the second screenshot felt like a suicide mission, even though my opponent actually thought I stood a chance, mayhaps - you judge...

Cheer up for a good game. 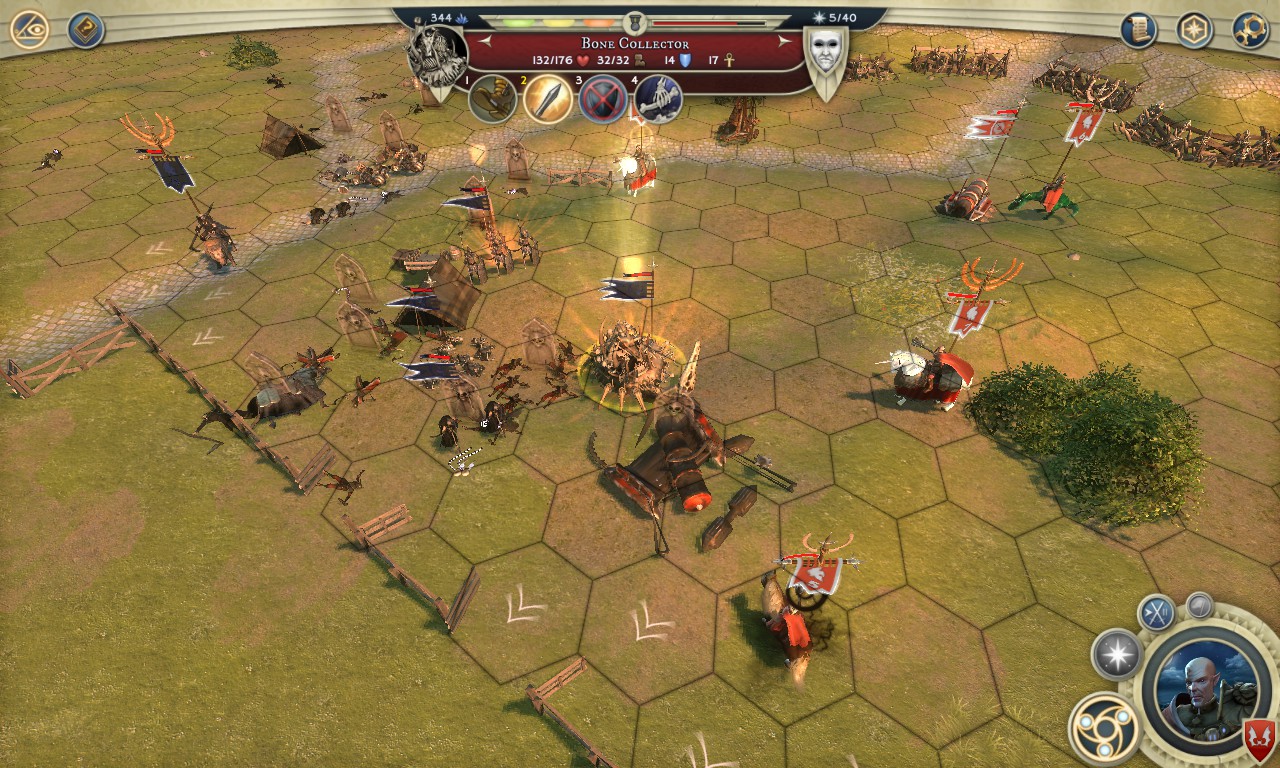 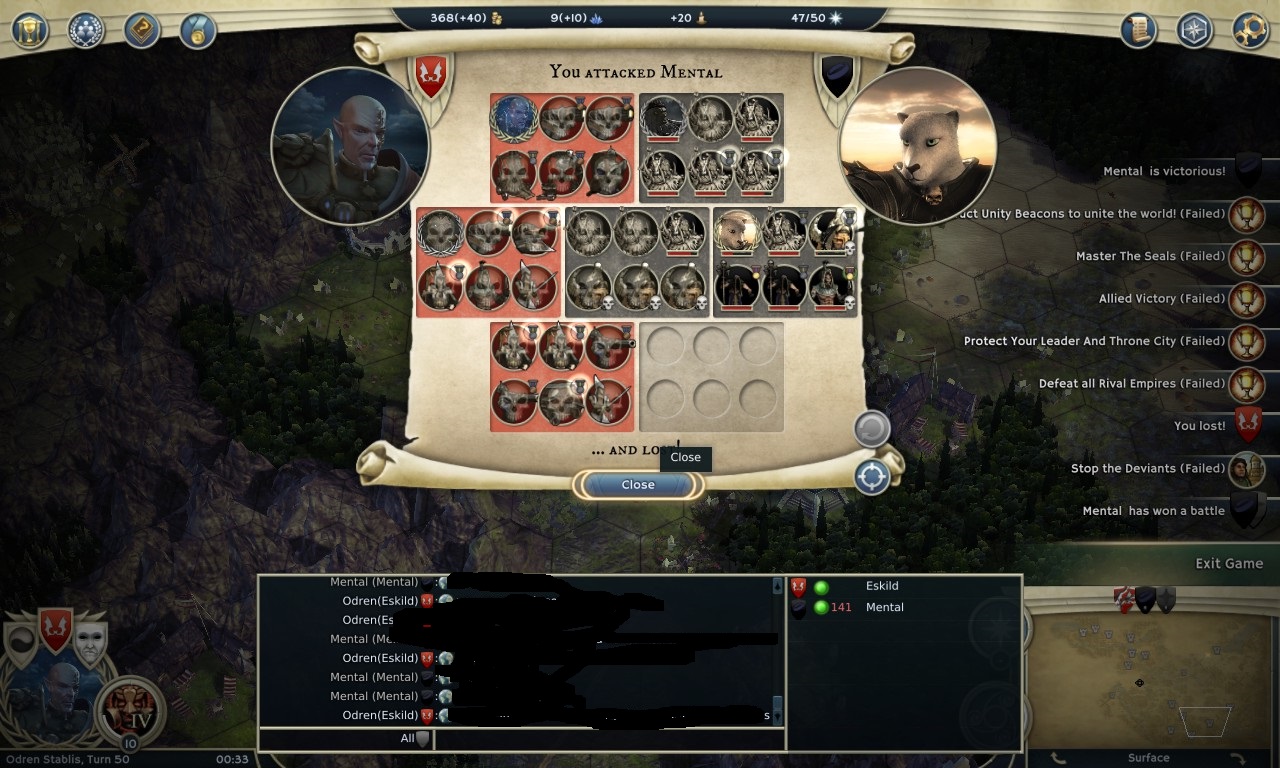 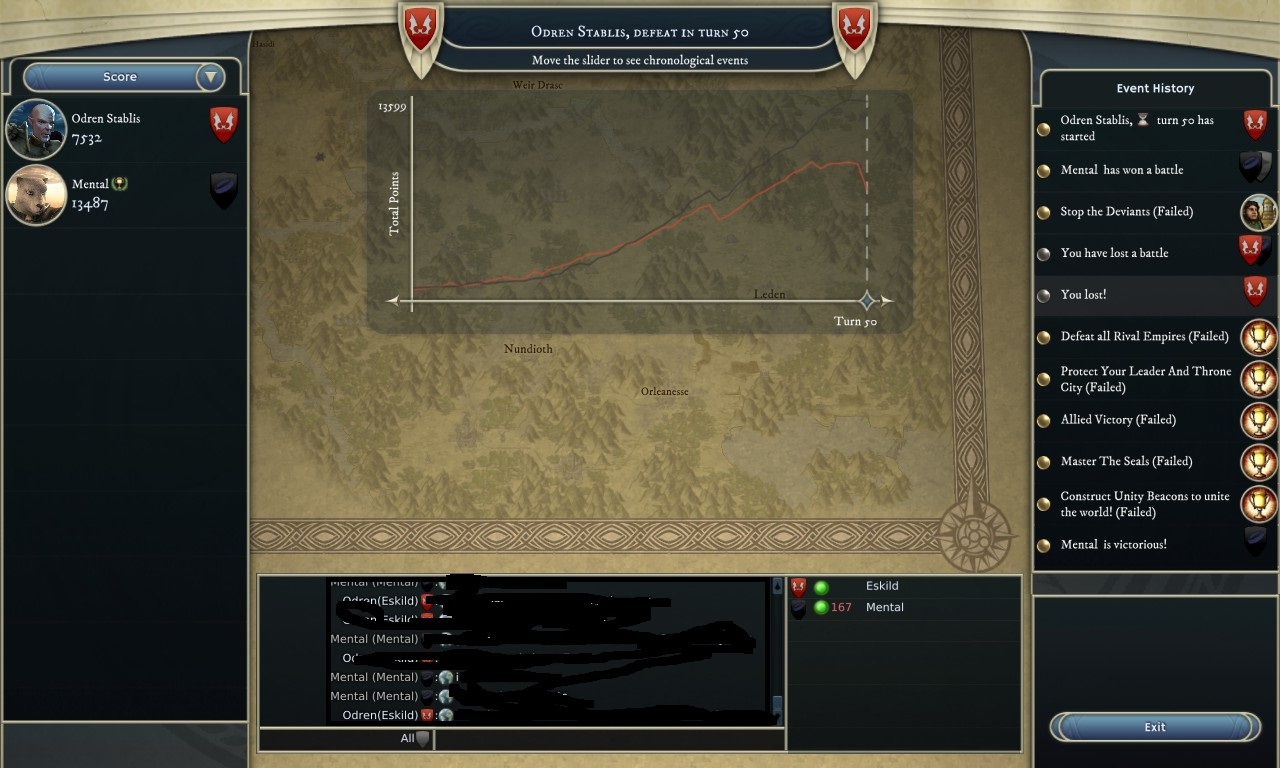 Match has been reported from DreadReapr!
Back to the game page