Yes those extra concealed reinforcements were a nasty surprise ! I specially feared the bone collectors but they did not prove that deadly, I was even a bit disppointed that they could be killed during the battle.
Published on Thu, 01 Jan 1970 01:00:00 +0100

I managed to win the decisive battle mainly because I ran long enough to regroup with my concealed reinforcements (2 extra bone collectors. 3 champion reanimators and a rogue hero). If I were you I would probably refrain from chasing so far. On the other hand I'm also a newbie :-)Â

Necro is my strongest class but I think it's true it's somewhat op. It also suffers from "feast or famine" - you either stomp everything or fail miserably. This time I didn't even have whispers of the fallen (at all), managed to cast a single undead plague very late into the game (only 1 independent city on my half of the map) but the sites were favourably populated which allowed me to get lvl 13 leader in reasonable time (best time I ever managed)

Militarily we were close but I pulled ahead just before the main battle (and managed to regroup).

Knowledge-wise I was vastly ahead (even without WotF) but that was my plan (+ elvish bonus).


My domain was rather small in contrast:

If you play Rogue and you don't take specs to deal with units resistant to Blight, you need to have a backup plan to deal with Blight resistant units. Specs are a kind of insurance, you don't know what your opponent will play but you can try to take specs that make sure you have a tool against any type of opponents. In my game vs Melciar where I chose Rogue, I took Water Adept for Rot, because of Necro. Of course I didn't know if he would play it (he didn't) but I considered it necessary as I didn't really have other tools at my disposal (as I played Frostling).

I could certainly have played better considering my global lack of experience in AoW3 PBEM and against Necro in particular, I do not deny that !

Yet with a Rogue vs Necromancer victory rate of 16% (1 from 6 ), the site meta statistics seem to confirm an inbalance of the two classes, actually the second worst such inbalance after Sorcerer vs... Necromancer (12%). And in order to choose anti-necro stuff like like Water or Grey Guard we would need to know the opponent's class beforehand.

Certainly Rogue will have difficulties against Necro if it goes for its strategic spell that gives Blight damage, Assassins, the stack Blight damage buff, etc. But who said you had to go this road?
Rogue has the best scout and you could have scouted very early to find out the class of your opponent. Then you can adapt your strategy based on this. You also have concealment options, which means you can trick your opponent into attacking a bait while you strike in his back.
You can also take specs that will give you other damage channel, like Fire. Or anti-Necro stuff like Water or Grey Guard.

Necro vs Rogue is not a match up that is stacked in the favour of any of the 2 classes, it really depends on your strategic choices. The bigger issue though is that Necro is (still) too strong overall.

Nice match, shame the class choices meant defeat in tactical battles for the Rogue against the Necro, with otherwise equivalent forces. 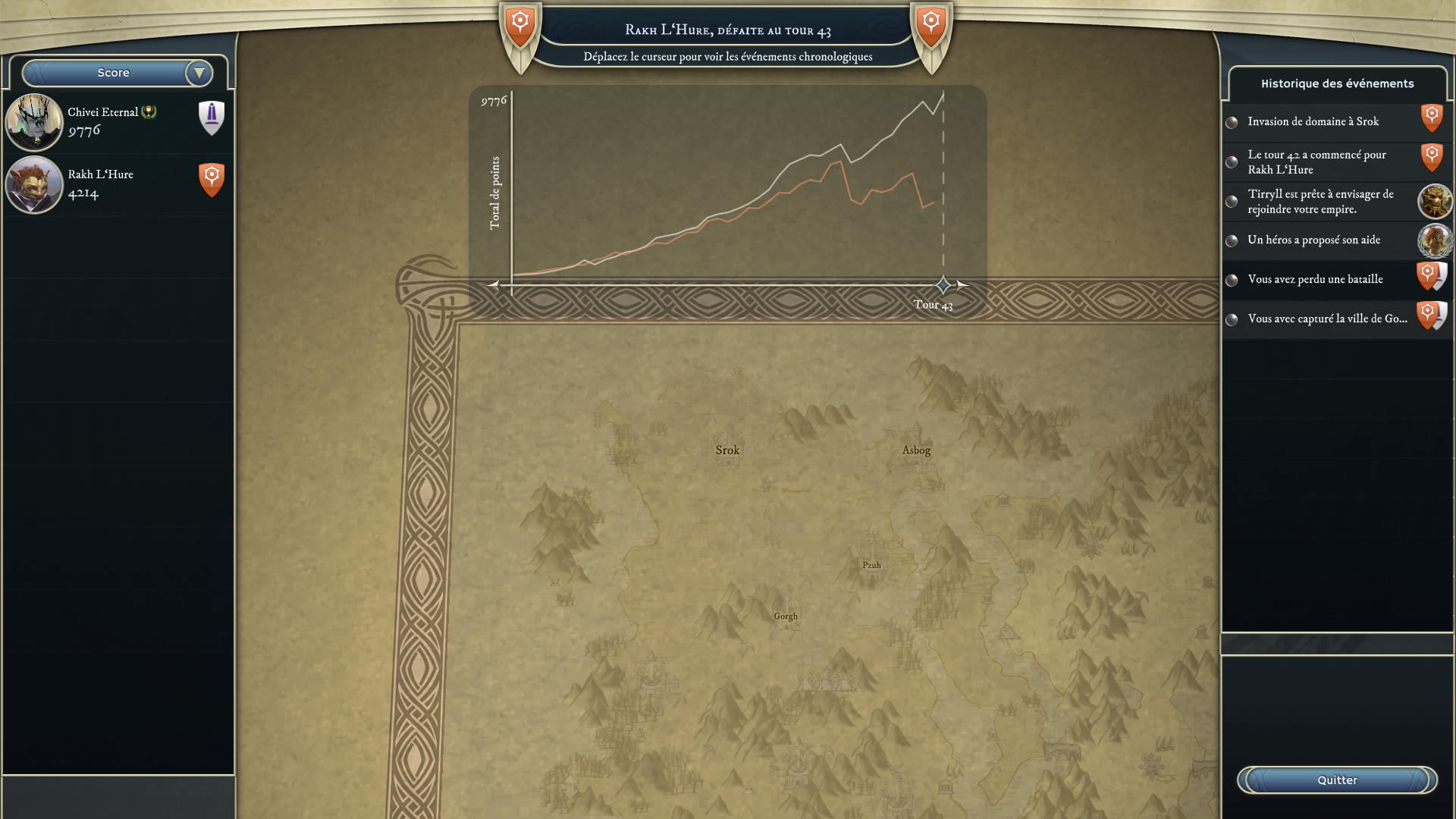 I confirm my defeat at the hands of the decomposing elvish bag of bones ! As shown by the stats we were relatively close until our first battle where Necro owned Rogue thanks in particular to the poison damage resistance. An empire quest then gave me some more units to continue the fight but the battle had moved on my lands and my cities were destroyed one by one. I managed to kill the enemy leader in the final big battle, but lost the battle anyway, and my capital soon afterwards.

Well done Chive and good luck for the next turn(s), without the Necro as an option ! Any of the players in the team can host. The host must play in #2 position in the turn order (please check rules for more details).
Tournament Game #27 Round 2 ! 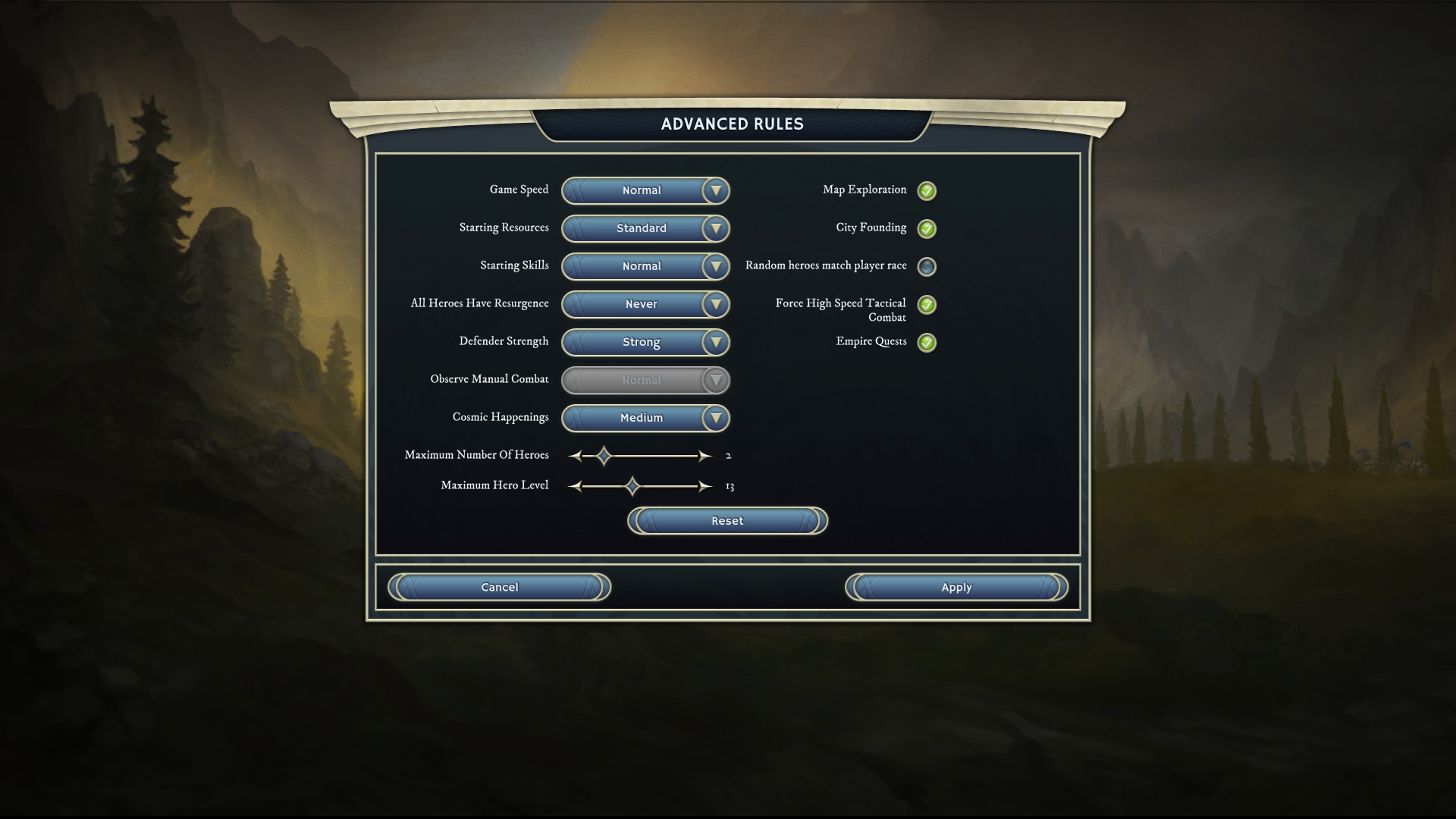 Also, you confirm you hosted with the beta branch of the balance mod?

Imperium, you were able to download it? It's on the Dropbox folder where I put all the versions if needed.

Yes, Imperium is right, 1 too many heroes.
Also, you can play in 1st position, no need to be 2nd, but have less importance!

Good luck both of you. 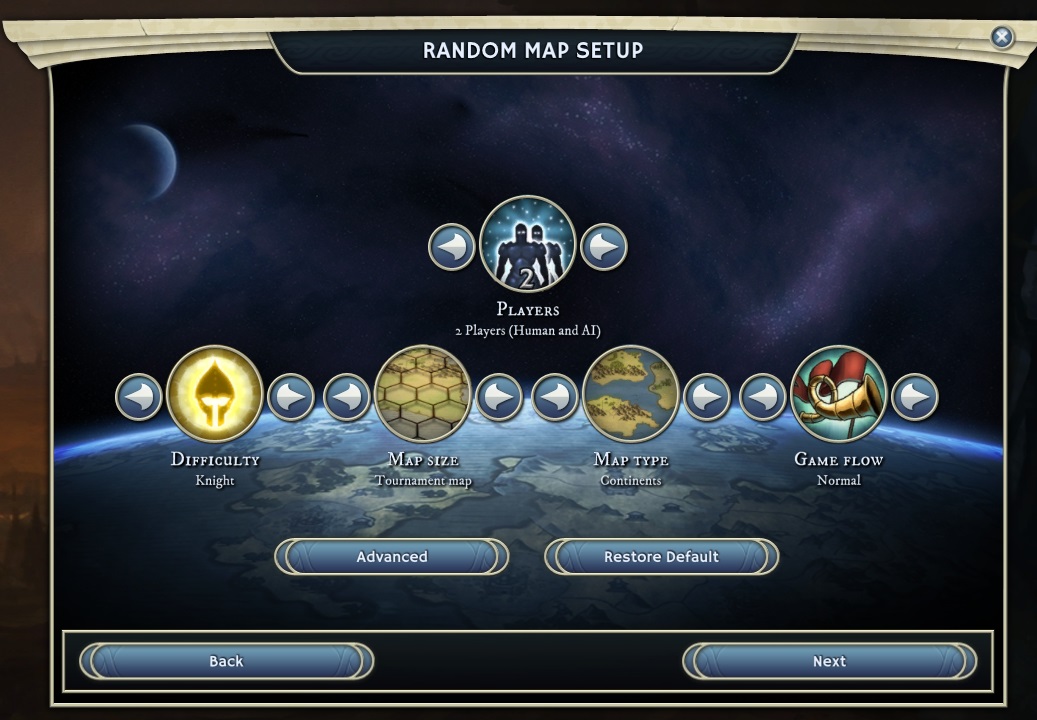 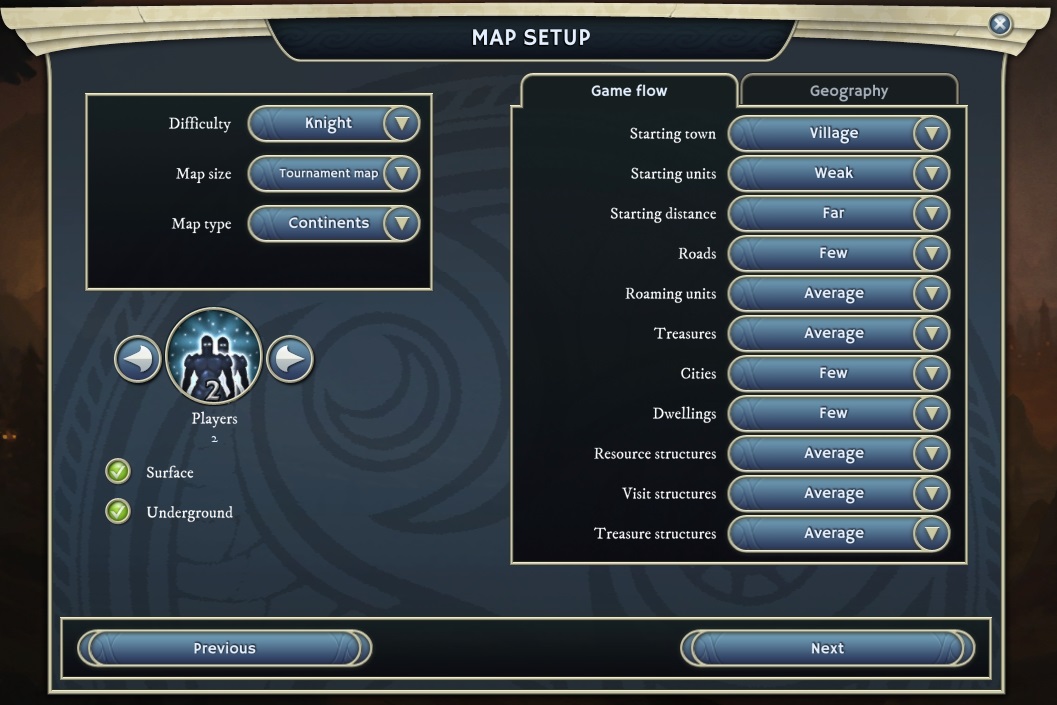 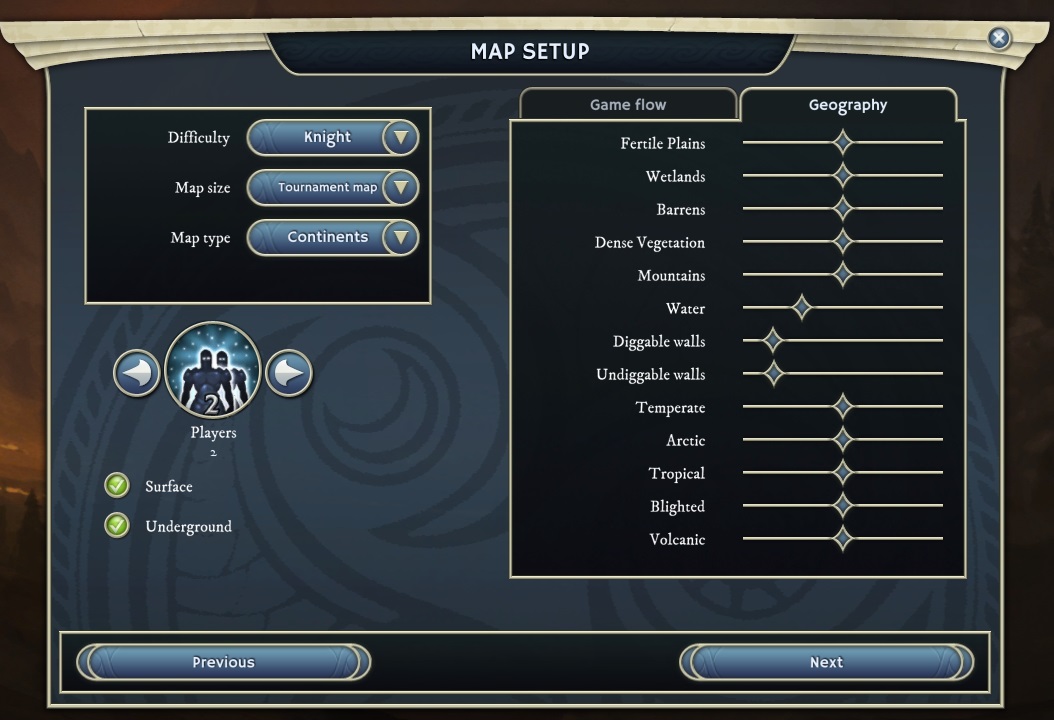 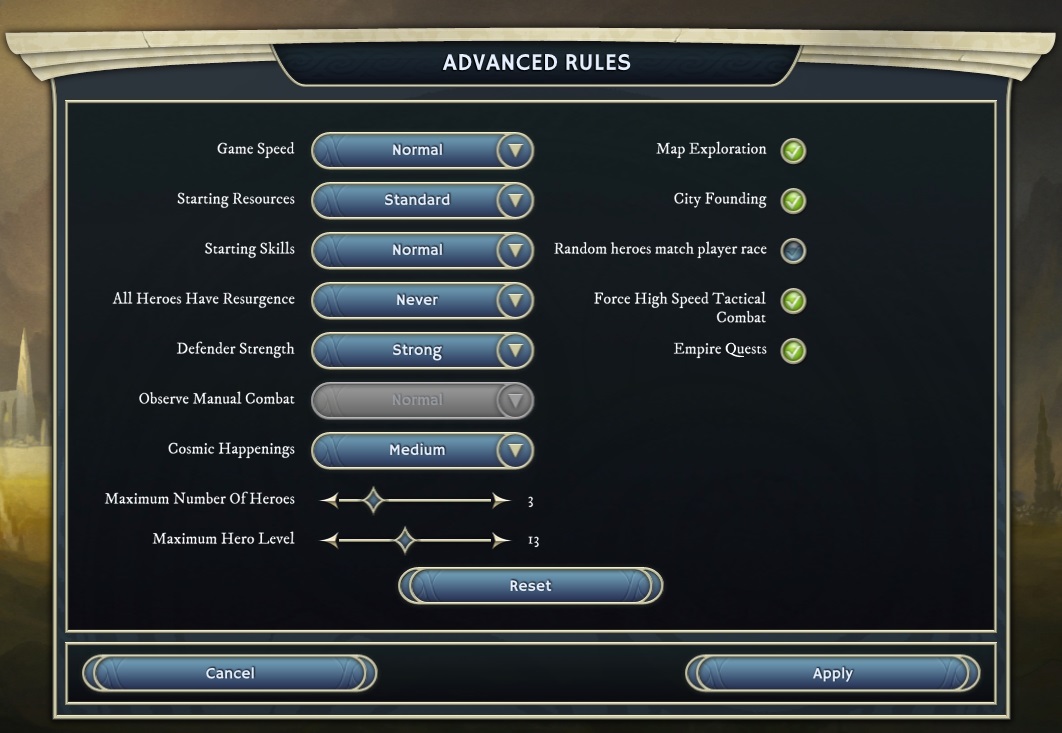 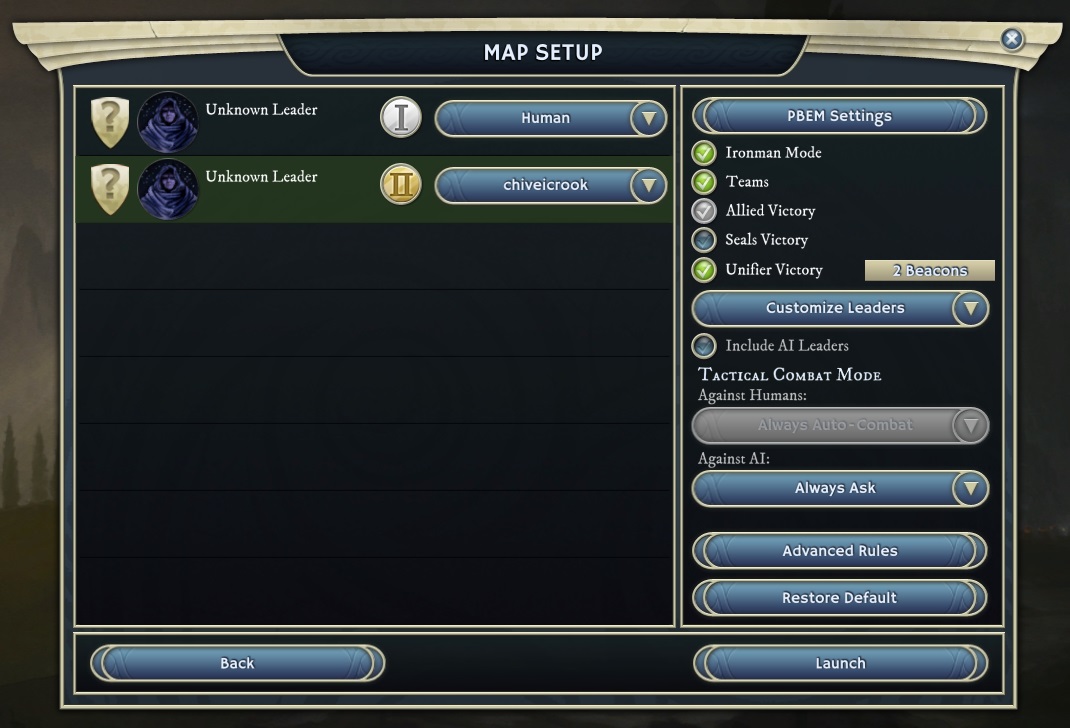 We are waiting for class and race from Chive. Can you please send to me, Hiliadan and Fistandtilus?

Chive, you are the host for this match. You can find the rules here: https://www.the-battlefield.c... />
Thanks in advance.