I had a really weak game. By around turn 10 I lost all my original units except one Spearman. xD I also lost my first hero (Necro). Most of these, of course, was my fault, but losing my starting Black Knight against - what was it - two Wisps, summoned by a quest, in autobattle was a bit of an annoyance. I found playing Orc challenging in a manner that anything that has none physical damage seemed very deadly against my units. Then to top off my misfortunes, I accidentally absorbed the fairies, without any of my units nearby, so it could freely taken by Ezekiel.

The good part of my game was that underground I found a Draconian city. I got a flyer as a quest reward. By that time I already knew Ezekiel was coming. If I tried to go back to defend the way I came I would have been late, so I did a leap of faith and march forward, hoping I would find a cave entrance somewhere else. And I did! Not too far I spotted the Ezekiel's army coming. Unfortunately I didn't have a lot of chance against his armies.

Regardless, I thought it was a neat game. I will have to learn how to play Orcs! 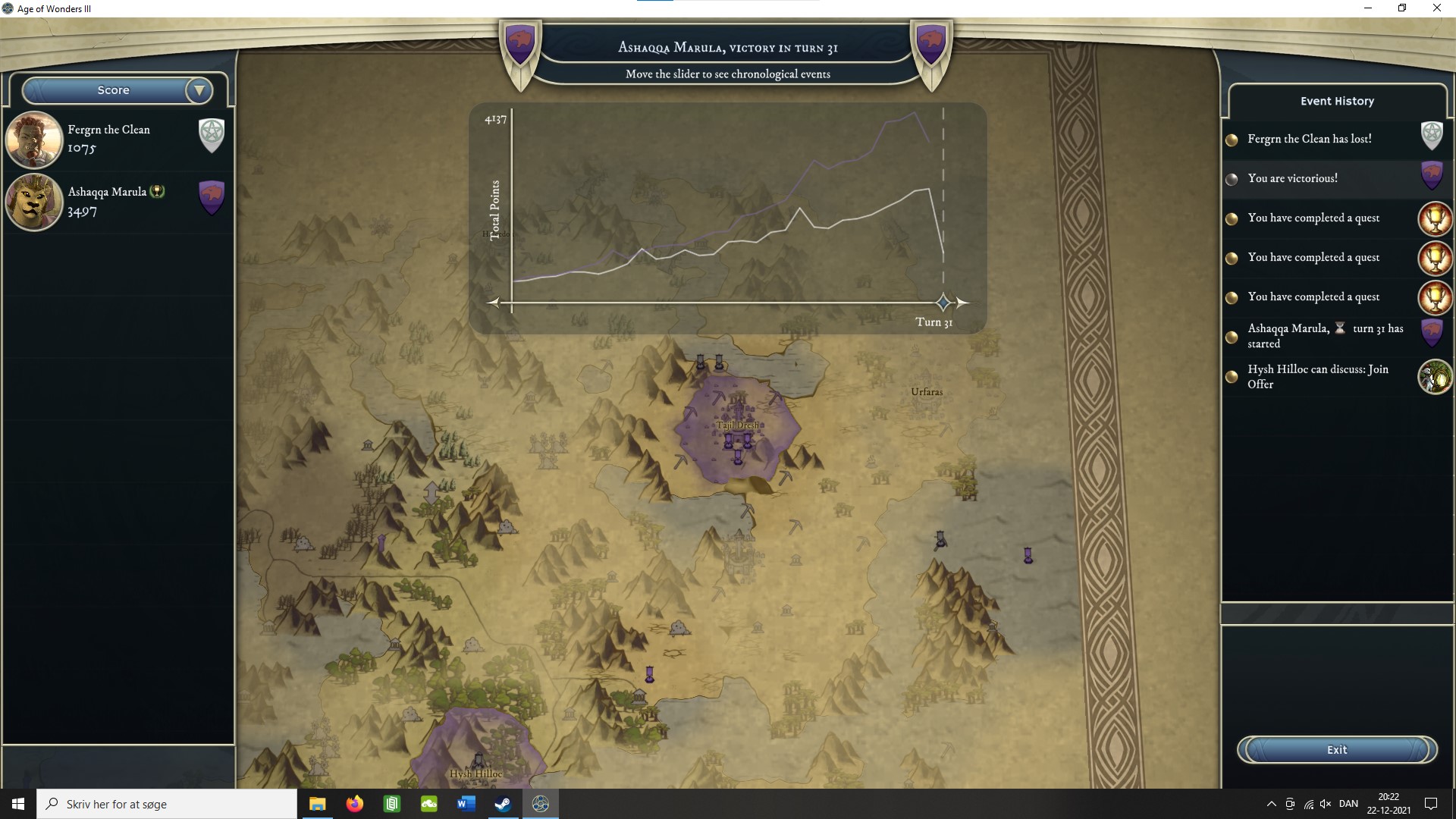 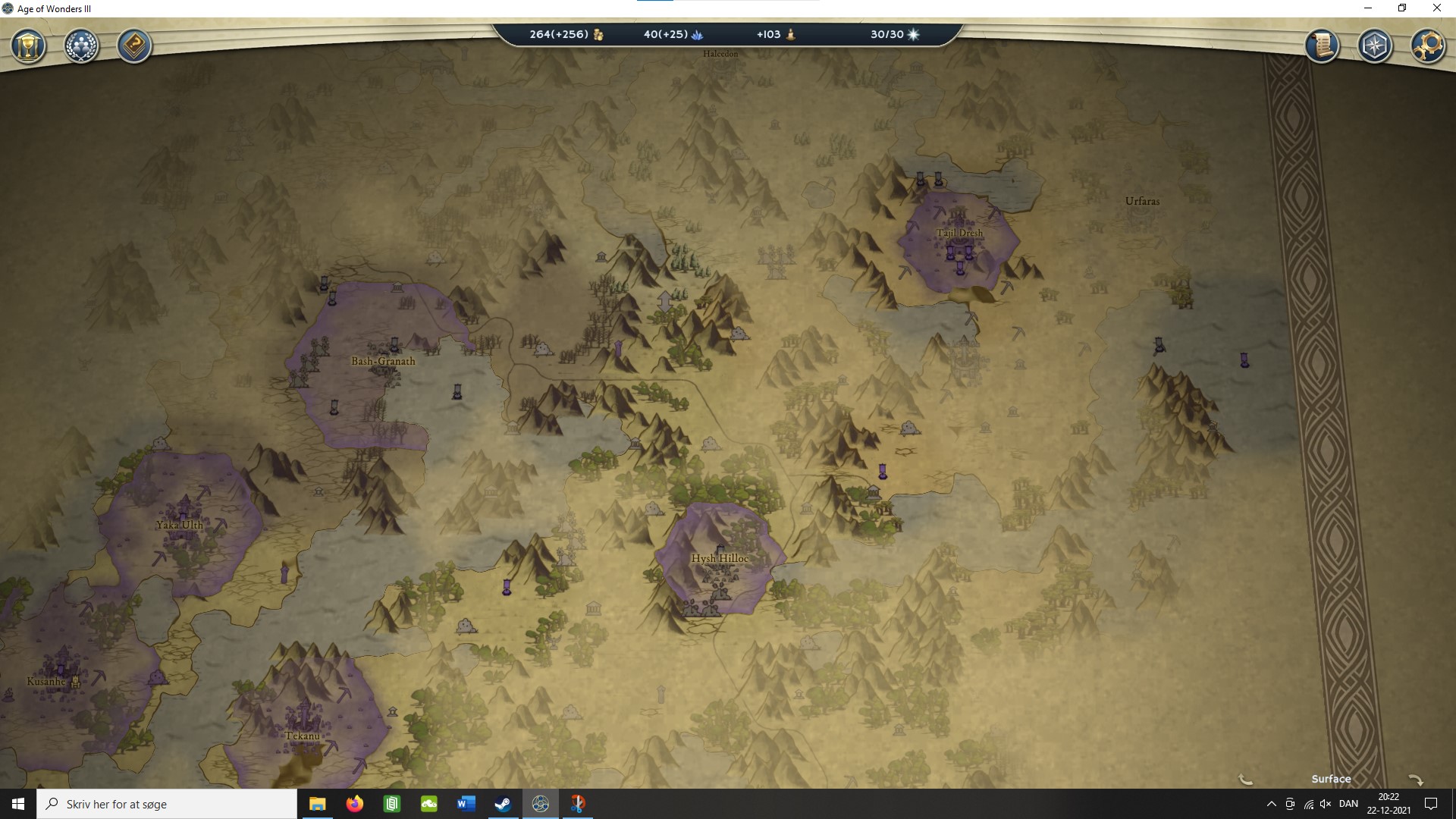 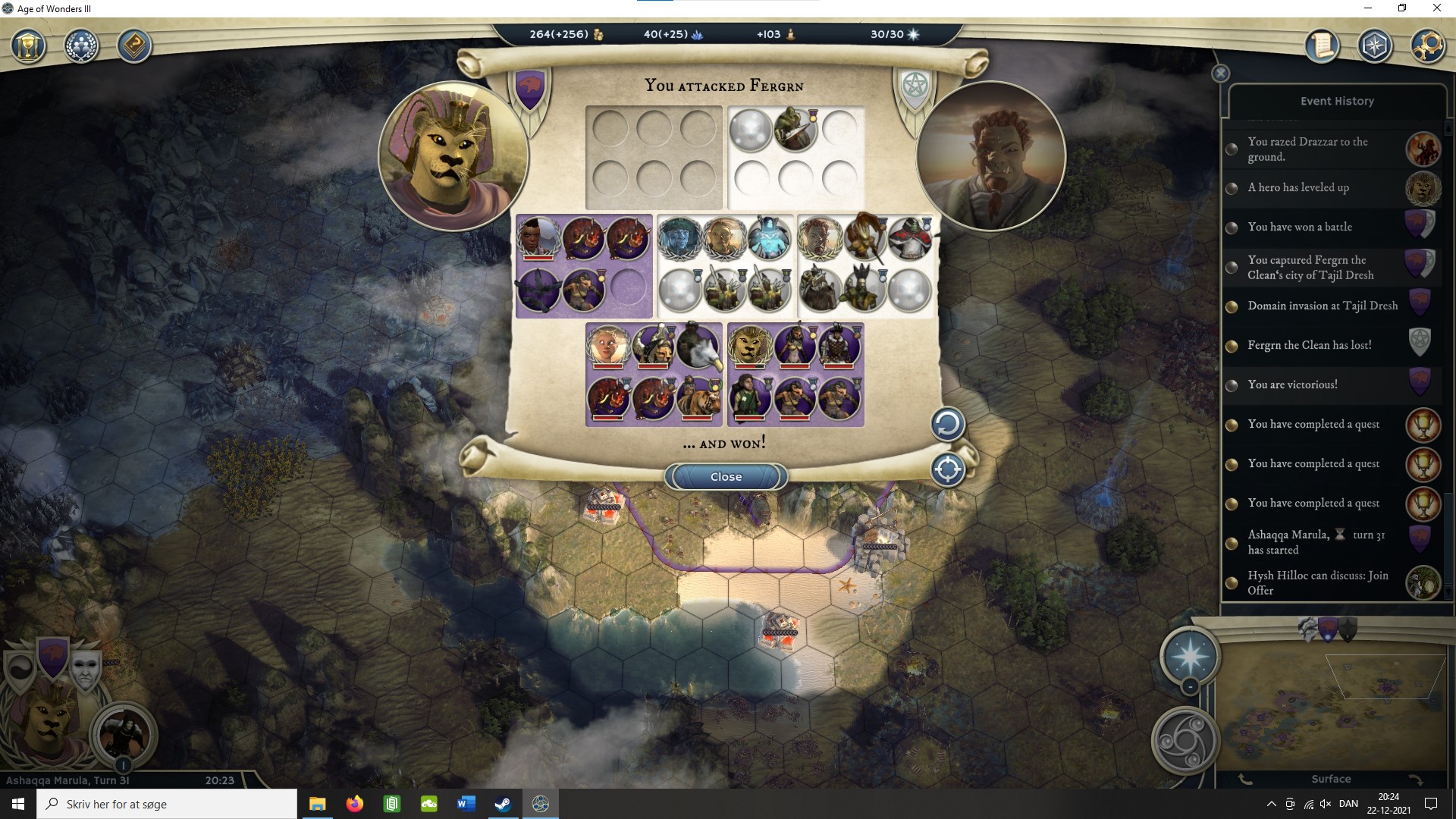 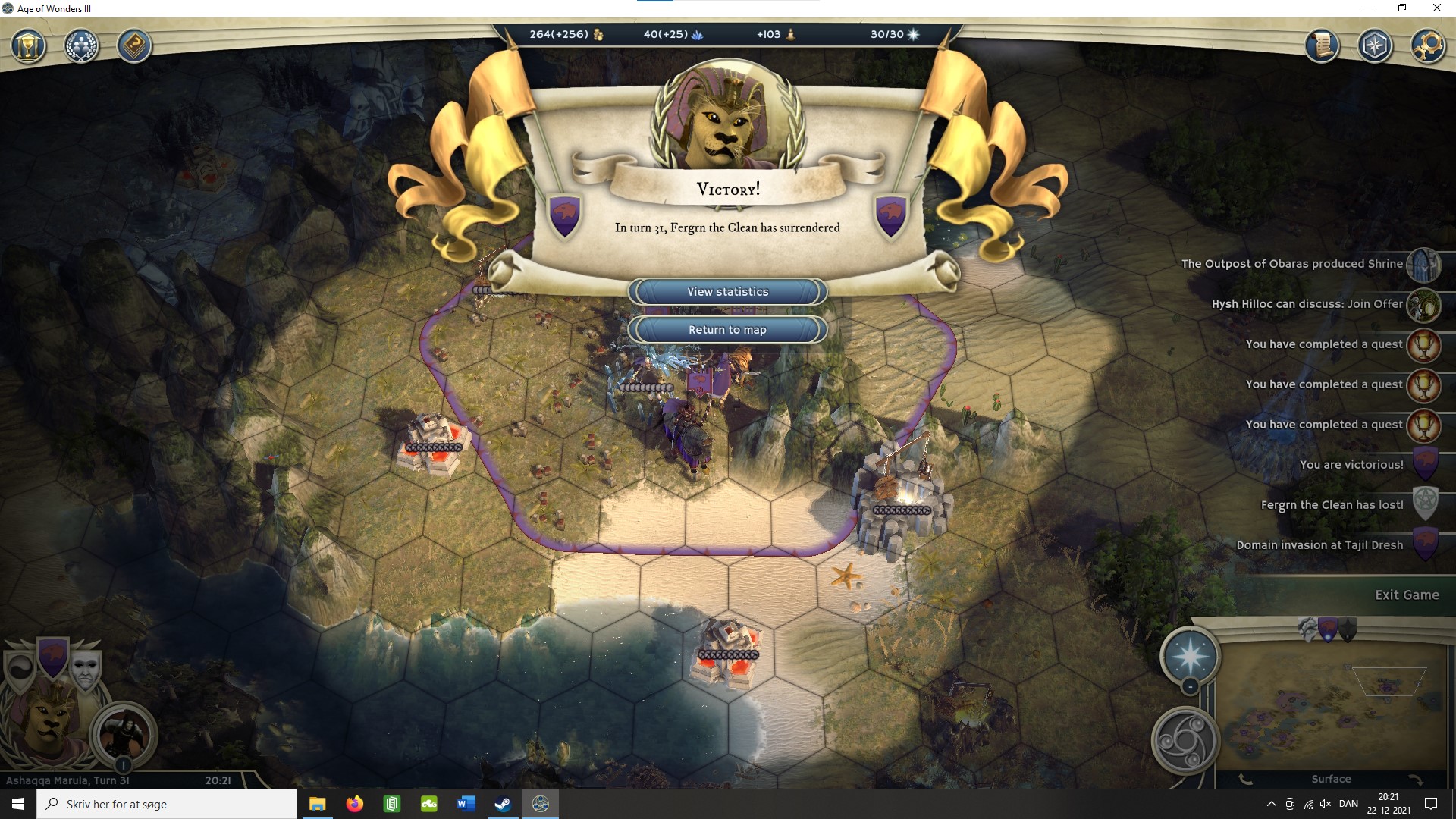 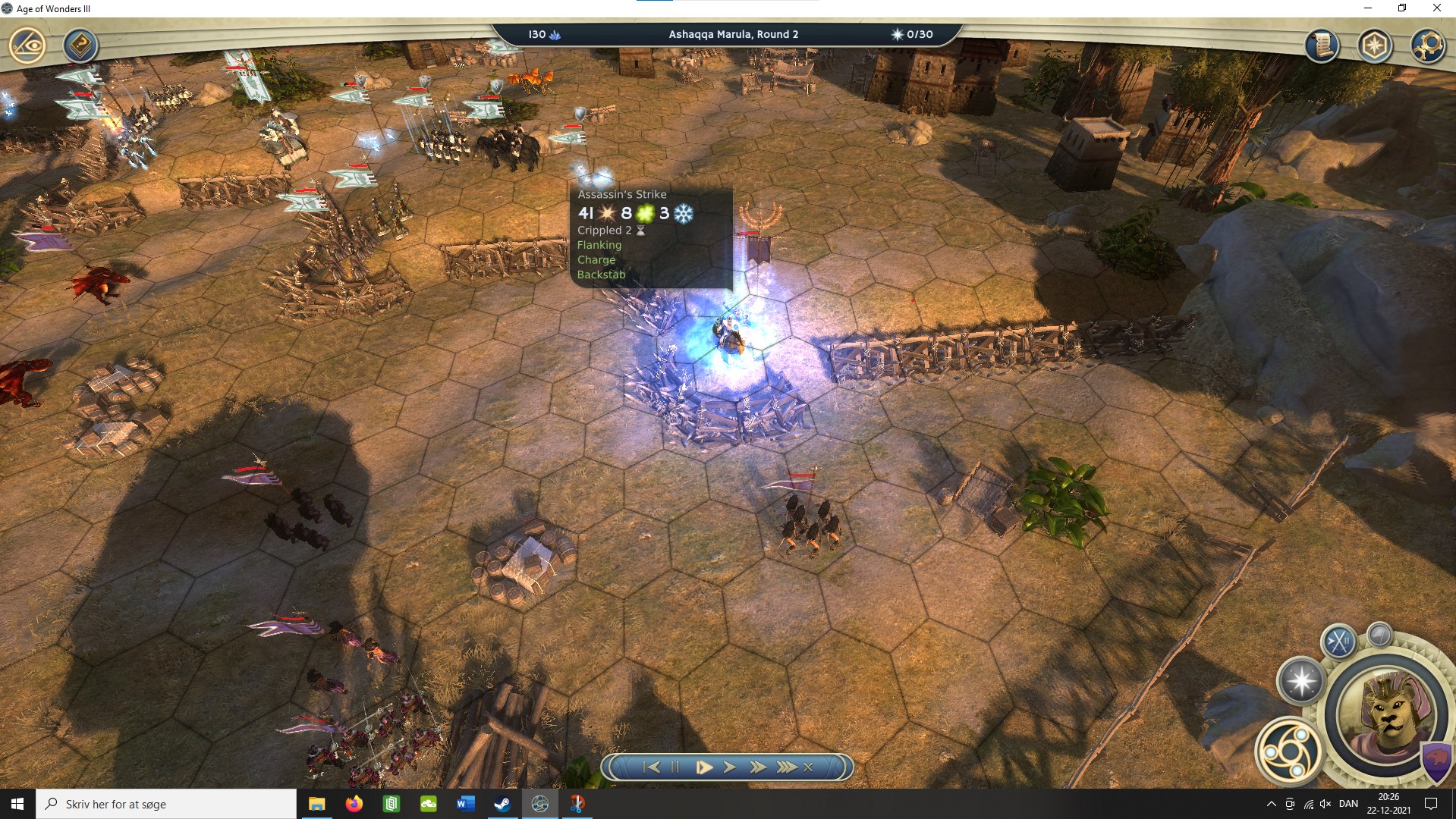 Not a very long game but nevertheless interesting in terms of using crows for harassment. I was actually kind of locked in from the beginning of the game in that sense that the peninsula of my capitol to the SW was separated from the bulk of land with the friendly racial (tigran) village by a streak of water which forced me to research seafaring kind of early in the game. Sin Arcain had one wisp coming at me which forced me to relocate some troops as the rogue and tigran basic units are not that efficient towards static shield. I started temples and recruiting mystics sort of at that unwelcome arrival. Nevertheless I managed to press on and discovered the Fey dwelling (Hysh Hilloc) in the middle of the map which at that time was Sin Arcains vassal. I got a crow to fly around the flank of Sin´s empire and not that long after he had bought the Feys as part of his empire and I had a crow right there allowing me to capture the capitol and the Fey dwelling the same turn, which gave the momentum to slowly vassalize the Feys, while semirushing all units including 3-4 fire wyverns from the dragon dwelling (Bash-Granath) and beginning the real conquest by capturing and razing Sin´s orc vassal. The scores show the game was kind of close until around turn 20 which was likely the turn that the crows did their vile duties of a dual takeover. The last turn I could see that I had some more units and a good chance at victory so I did a not that daring stab at winning it all there, which happened in the grand battle. Thanks for the game.

Hello! That's all right. Have a nice AFK time!

I just finished the current round.

I have to turn off the timer as I am going for a getaway the next three days, will play my next turn sunday evening CET.

Looks good. I have joined. 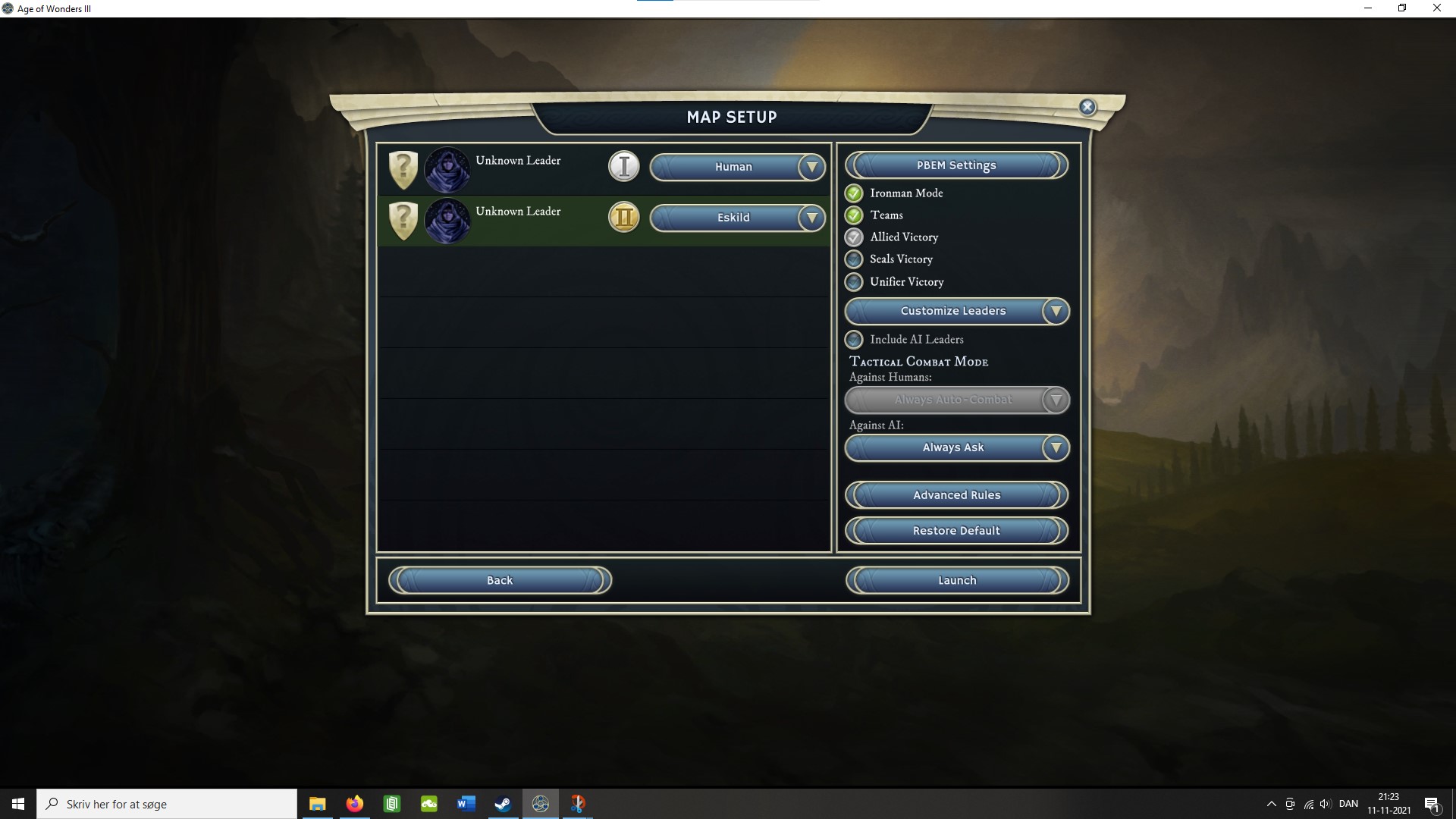 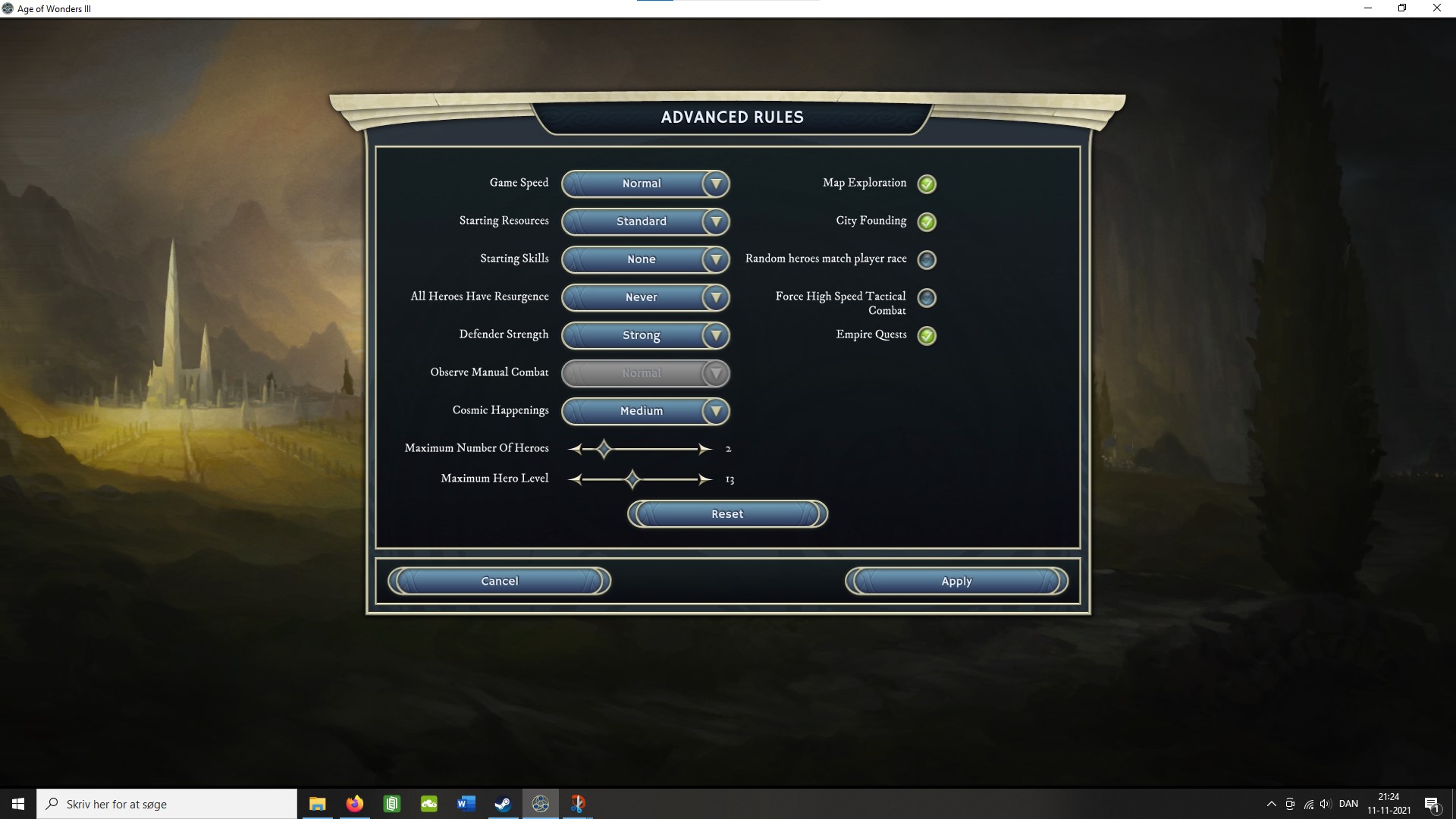 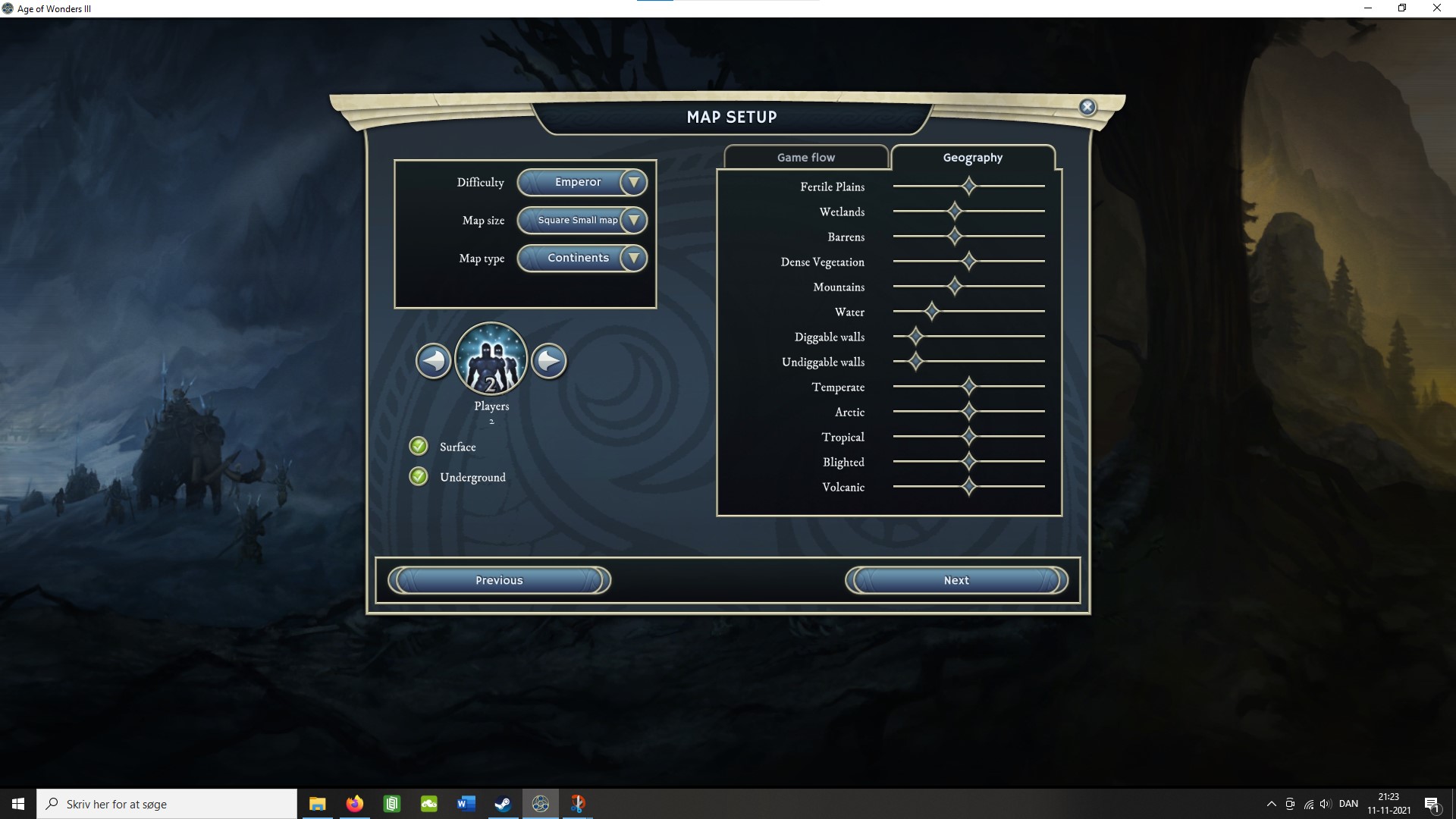 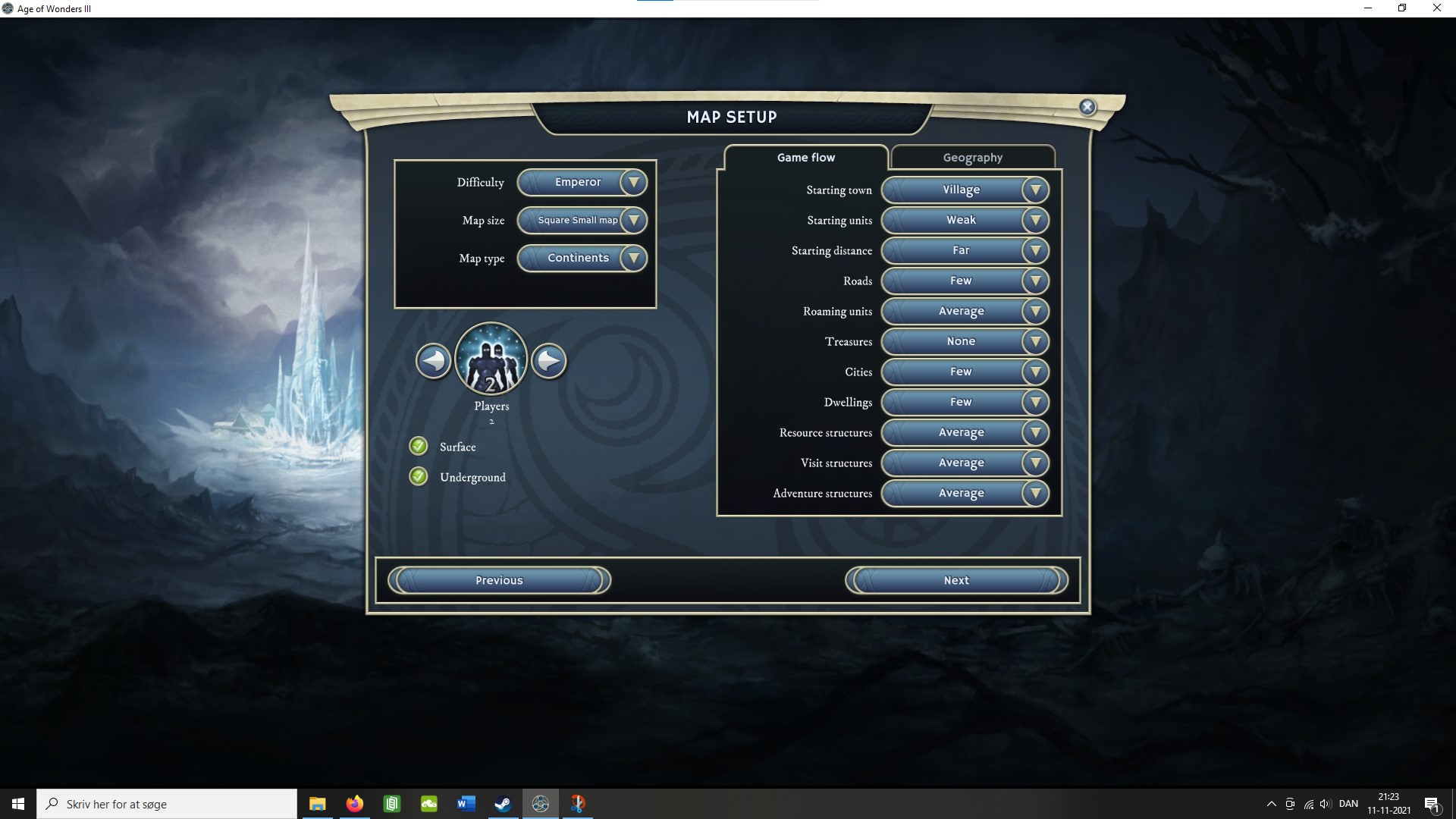 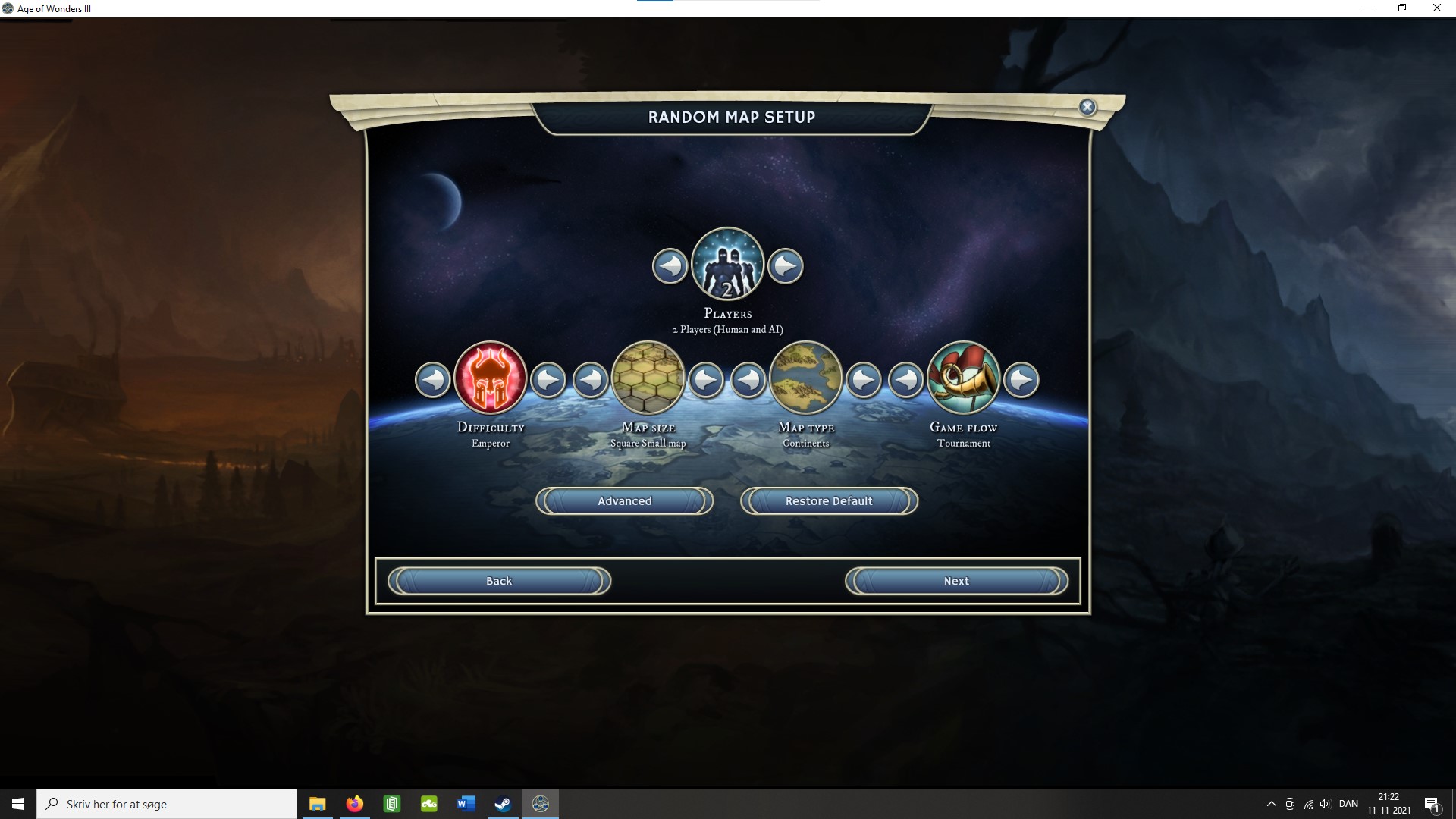 None of those work. I also tried to leave out some other letters with no luck.

Weird, did you try capitalizing the first letter. Probably misspelled somehow, try these, thanks:

It looks good. I can still only play one timed match at a time. Once my current is finished I will flip a coin to decide whether to go against you next or Refineus. 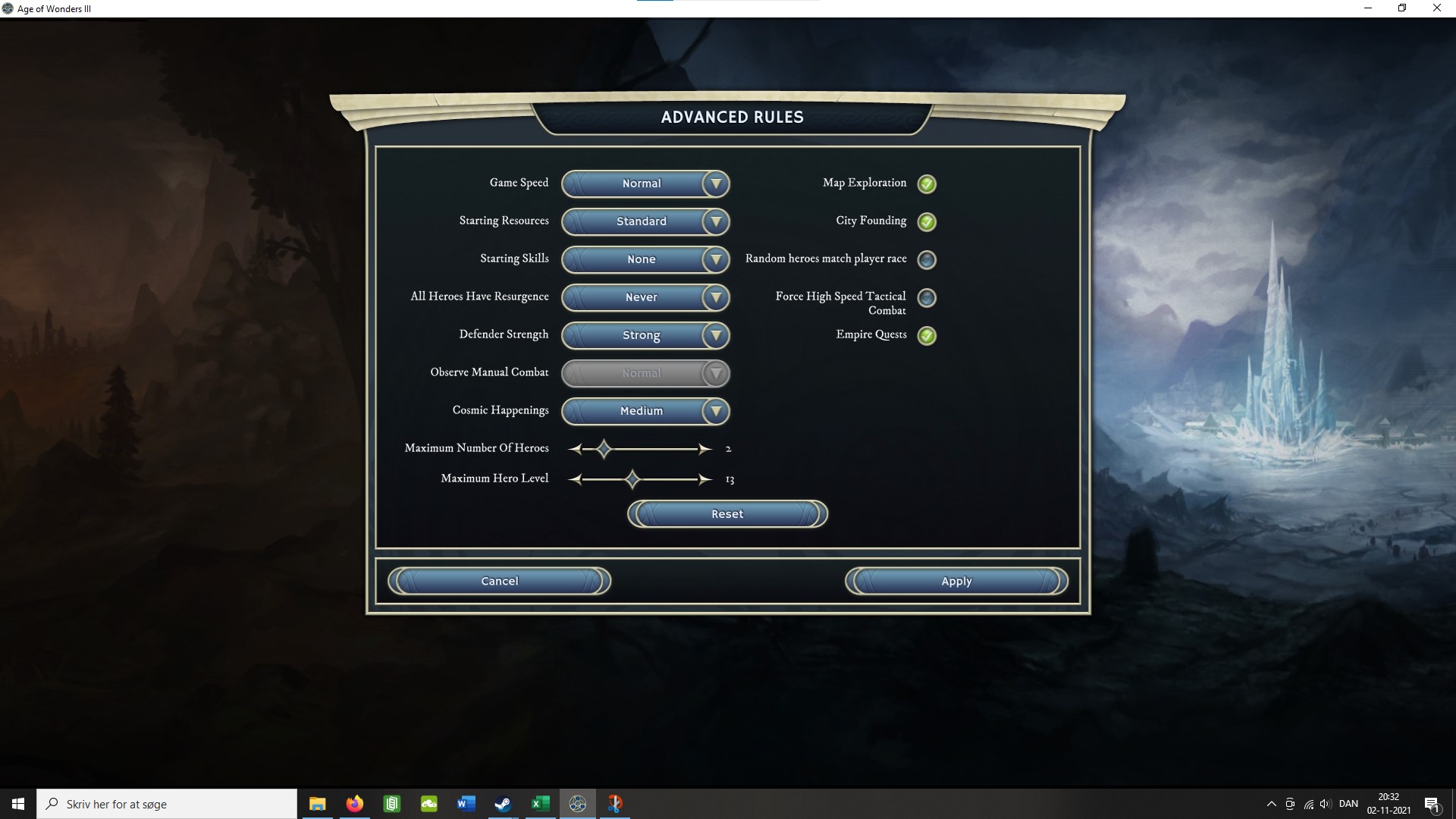 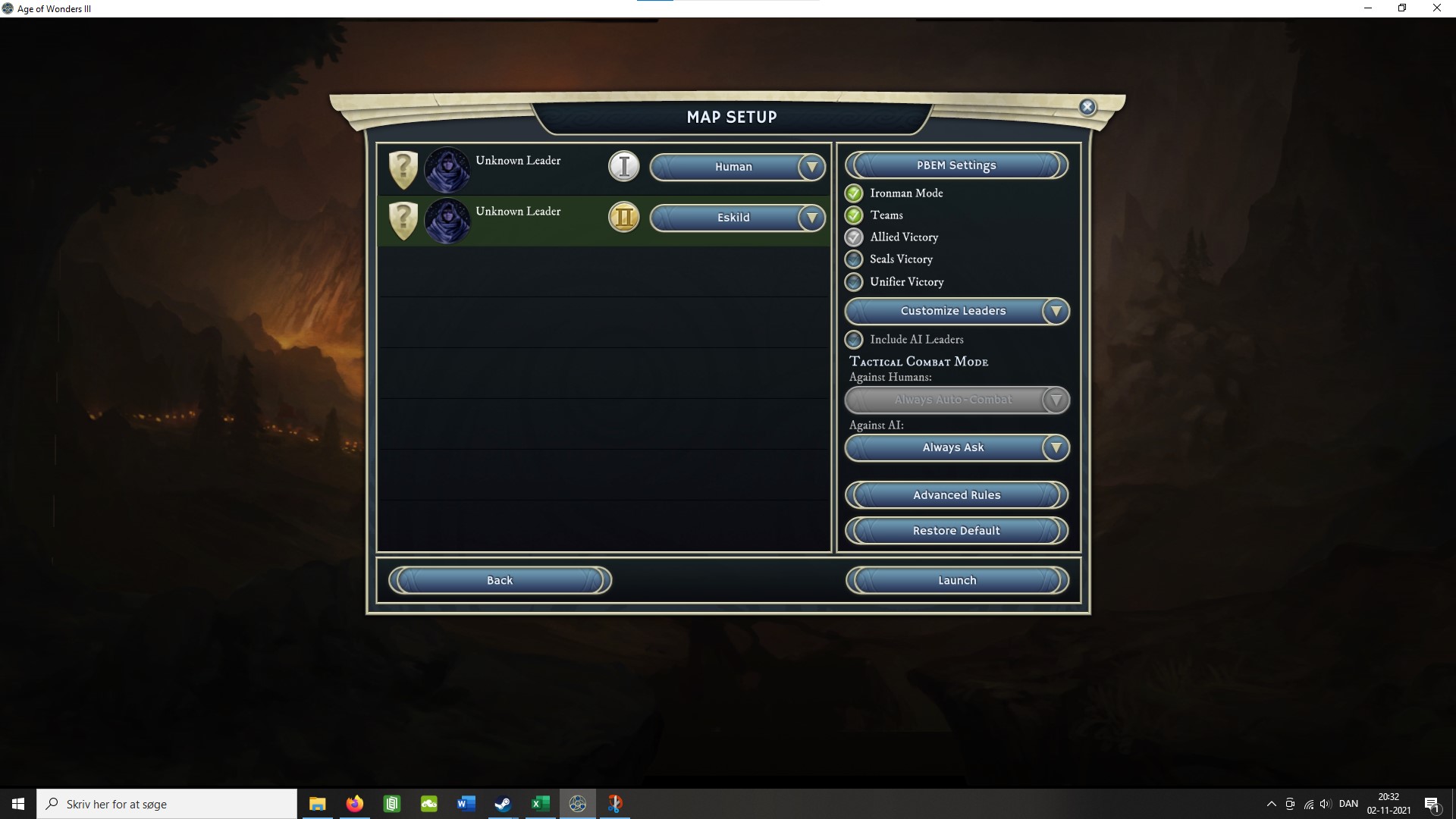 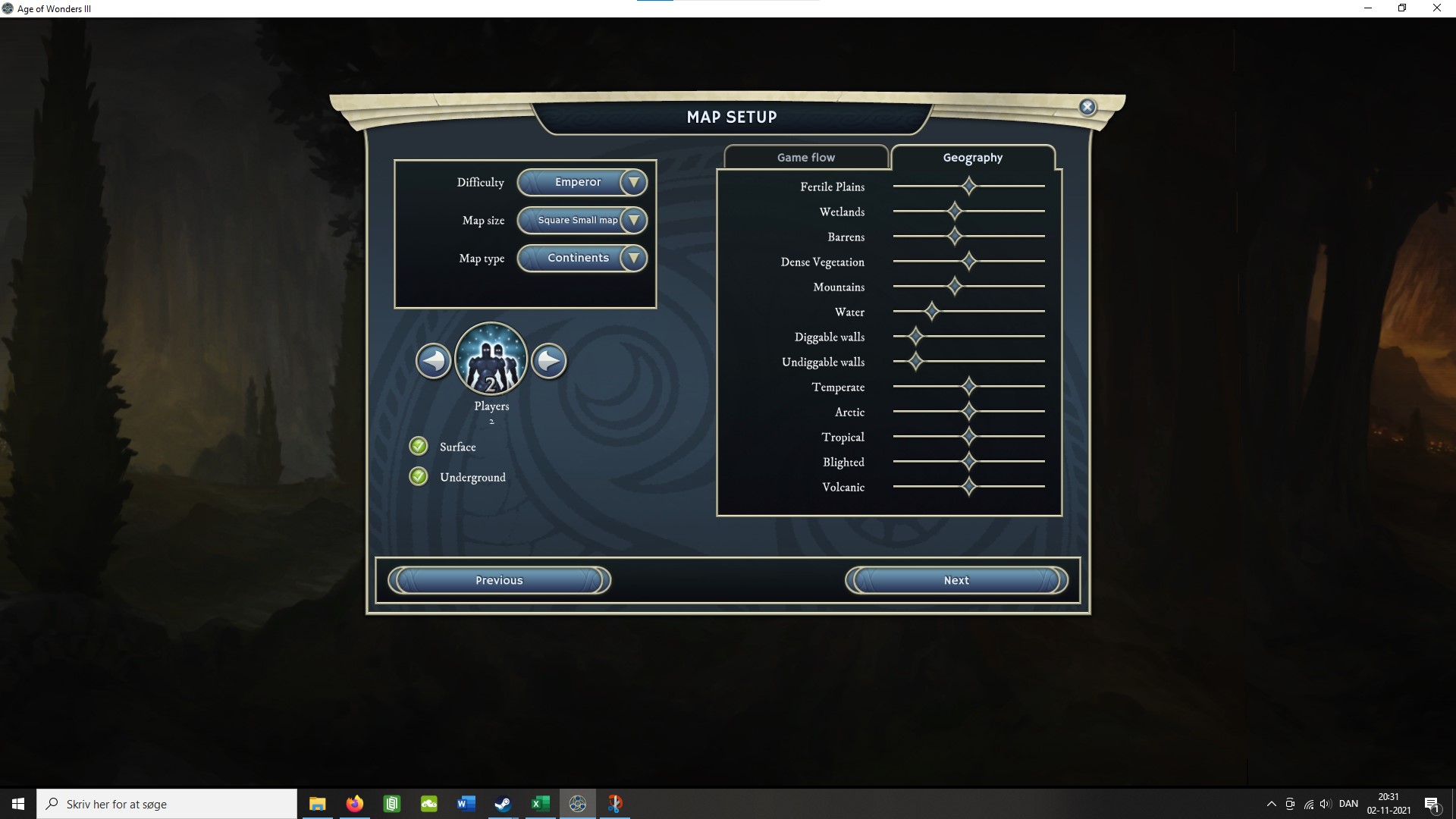 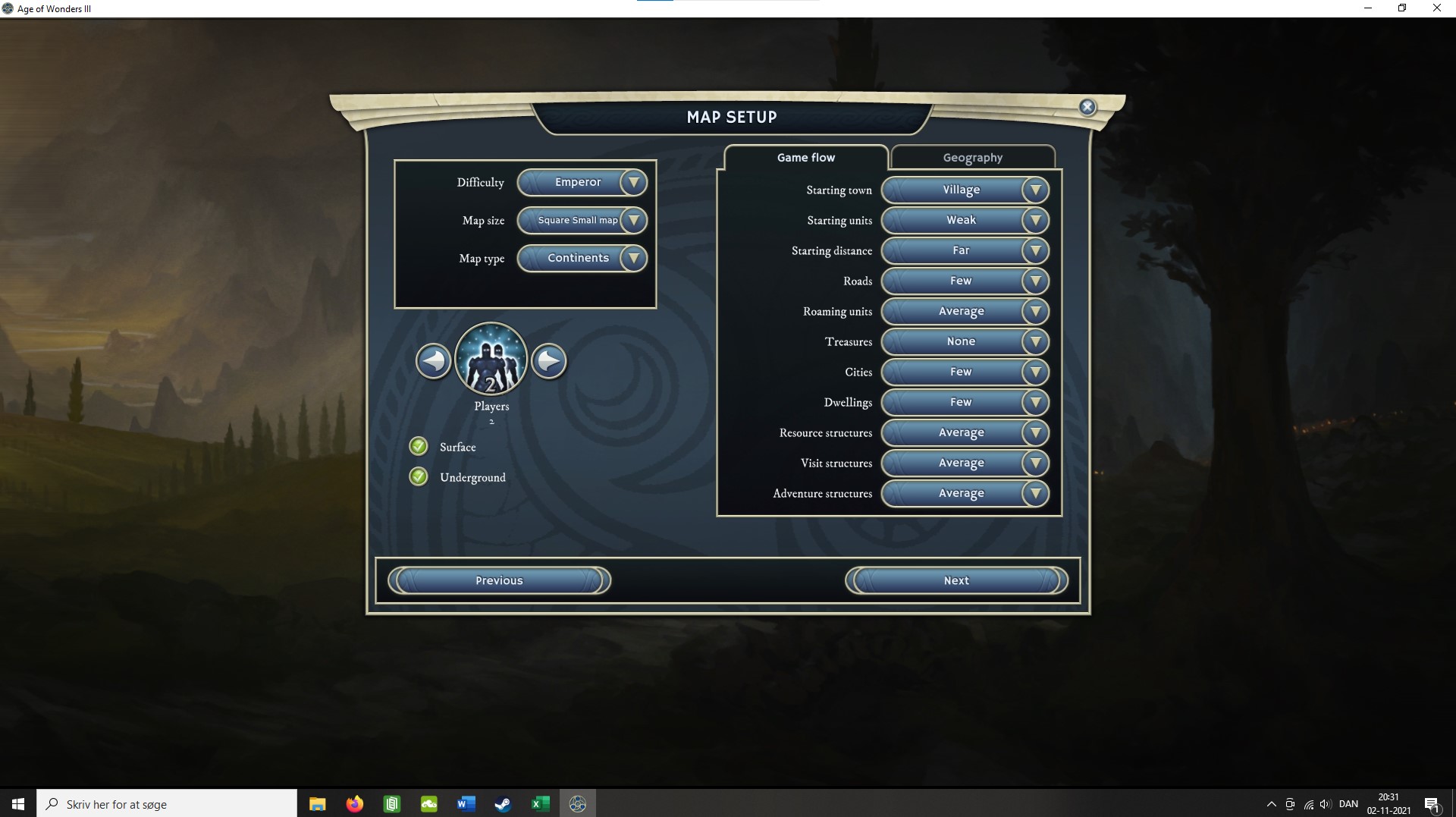 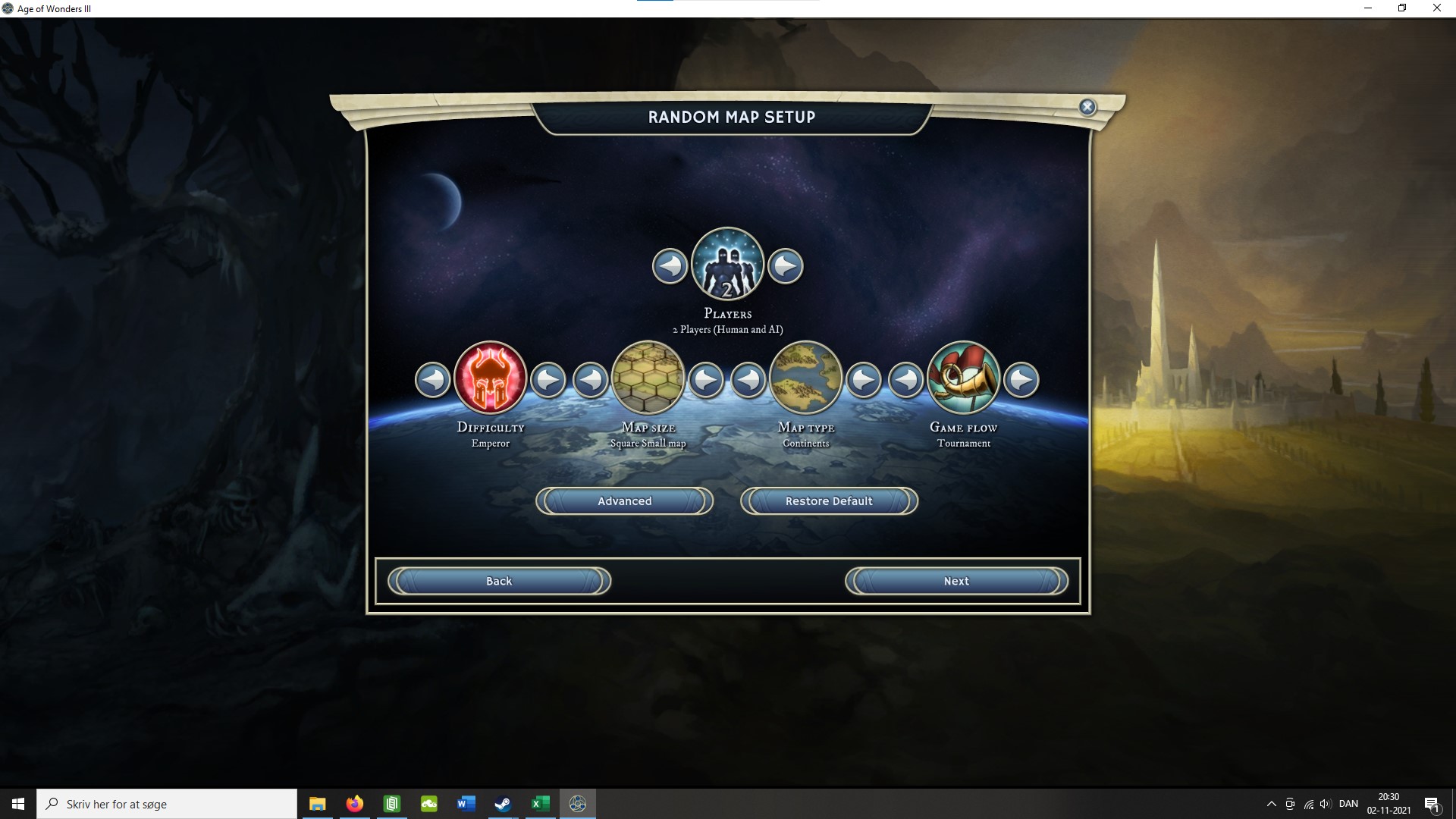