game was very good, good fightes and the last big battle won El Lobo, i had at end two stacks, but weak, so i surrender

Game is finished after Mark retreated in turn 37. Have had a normal game regarding fights and leveling but was really unlucky with the research. At the end of the game I still havn't reserached corrupted killers. Have had several scoundels at elite rank and some of them more than 10 turns...

Anyways, I won the "big clash" even without my level 13 leader and after that Mark retreated. Mark could have place his units a bit different to avoid beeing attacked with 4 stacks. Regarding that I could bring in only a crow and a marauder it wouldn't have changed the outcome significantly, I think. 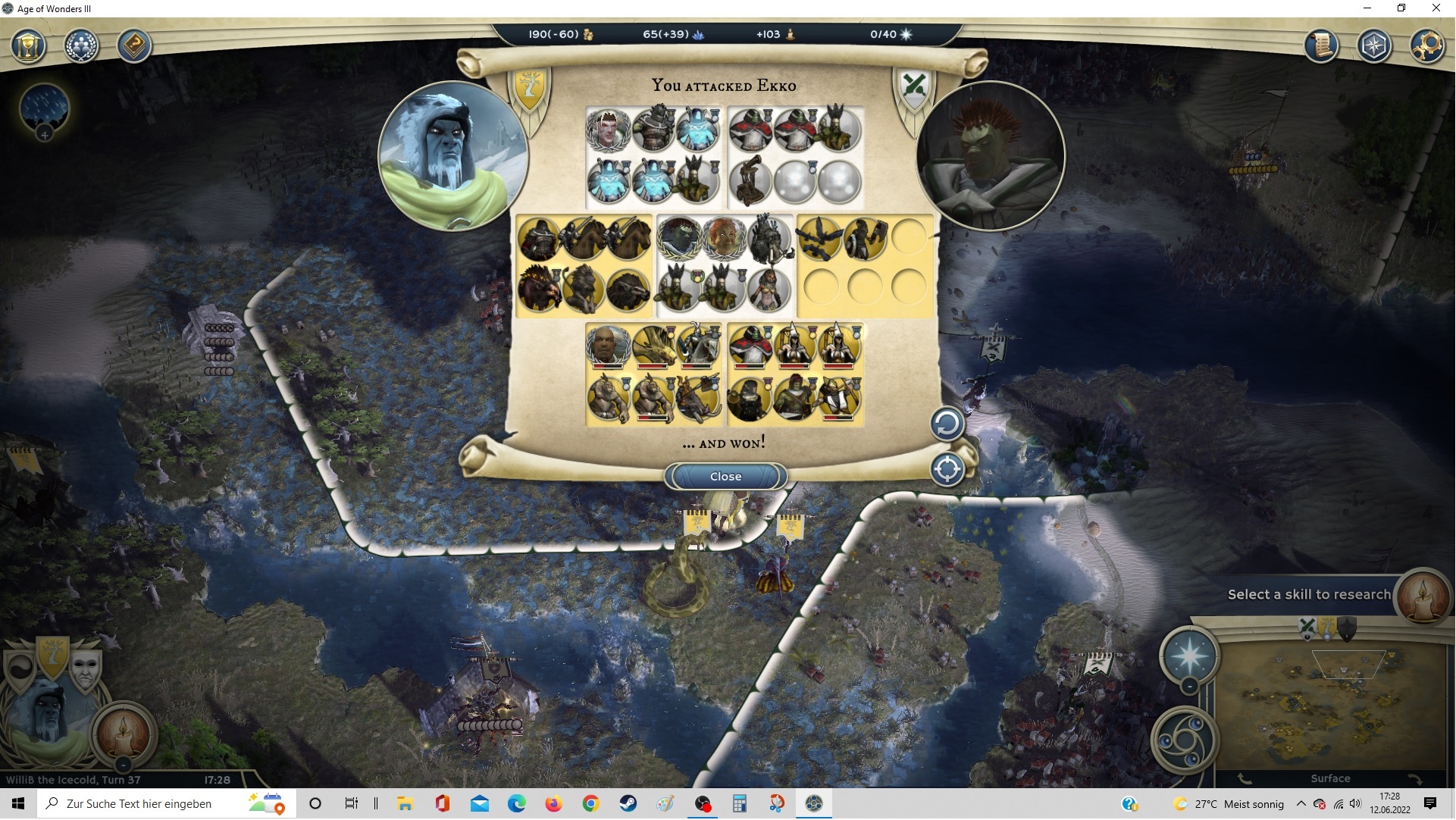 I started in the south-west, making my way through the map. Got a baby reed serpent as quest reward from the nagas. Decided that blight damage is really helpful against a Sorcerer and leveled it to king reed serpent at elite rank. Got two ogres as reward from the giants and was pissed that I still havn't researched corrupted killers. After that I decided to head towards Markys realm cause I felt quite strong with the units from my vasalls and of course have seen nearly all of markys troops with my crows. Most dangerous stacks was the one with the phantasm warriors and I wanted to attack before some of them reach elite rank and therefore get tireless. 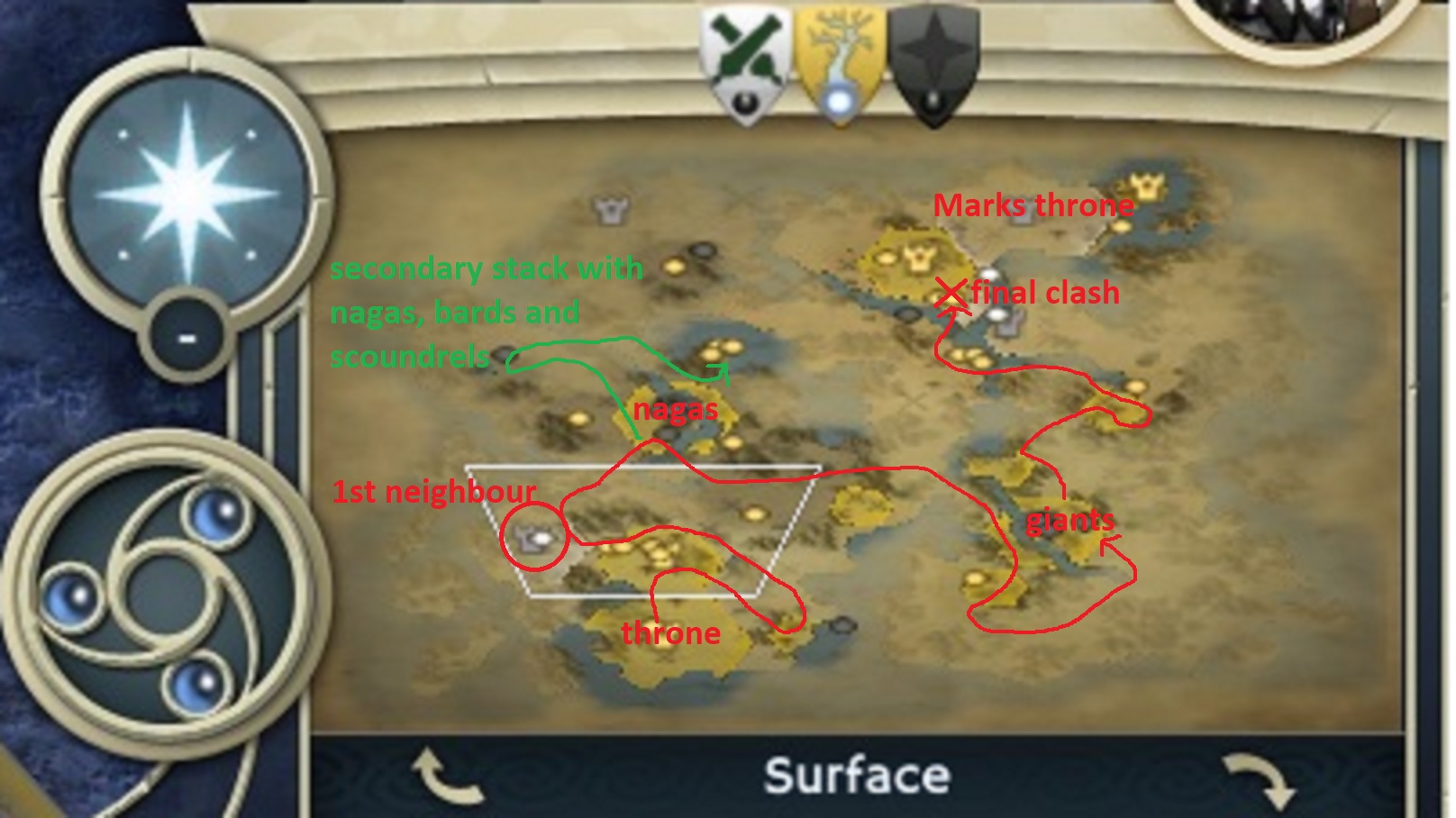 For the Championsleague, please input your class/race in the game blog (through the drop down menus) and update the status of the game to Ongoing before starting the match, to make sure you chose "legal" class/race.

Your game already started. So please update its status to Ongoing now (if you can't, it means someone hasn't filled his class/race). 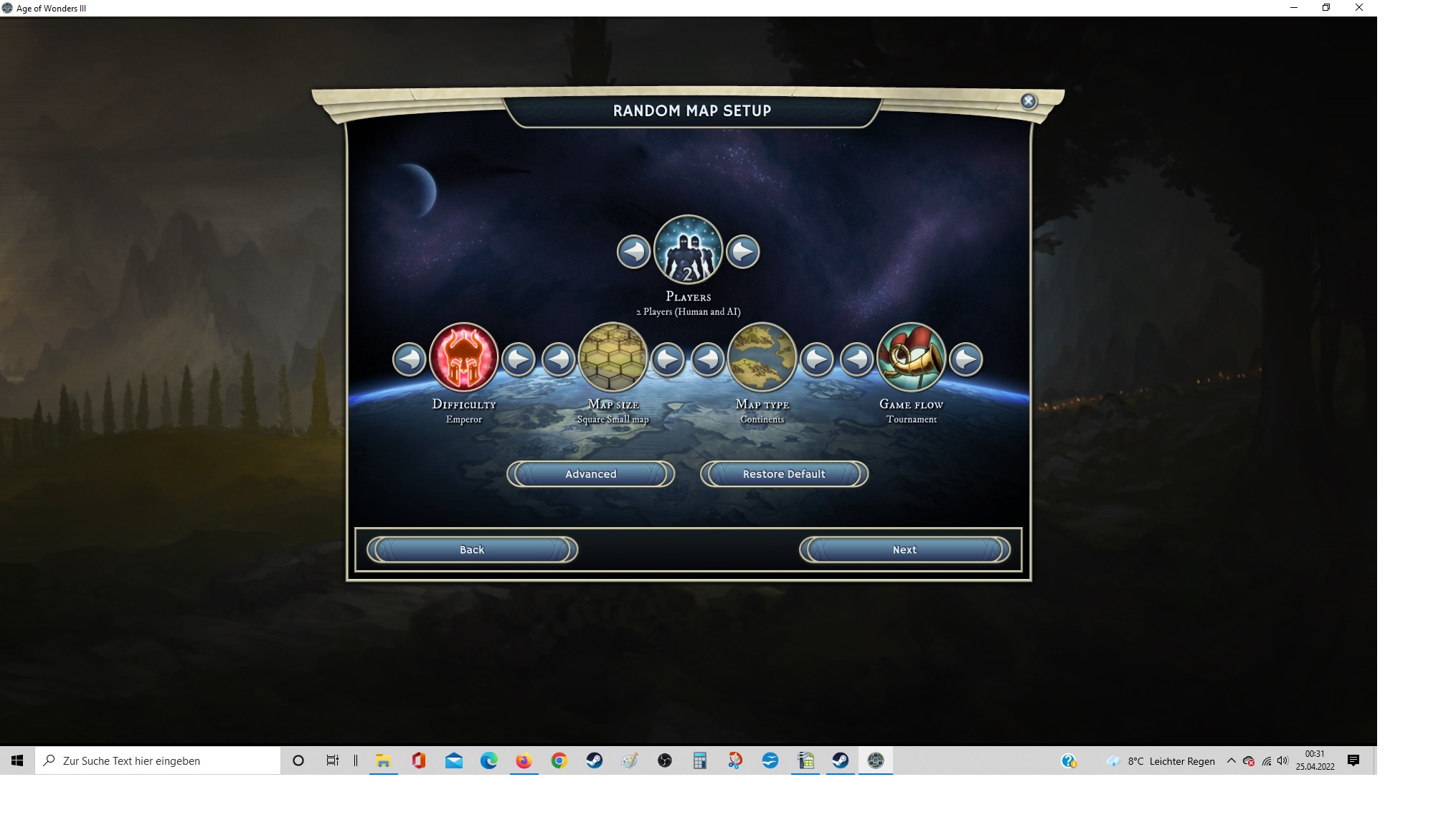 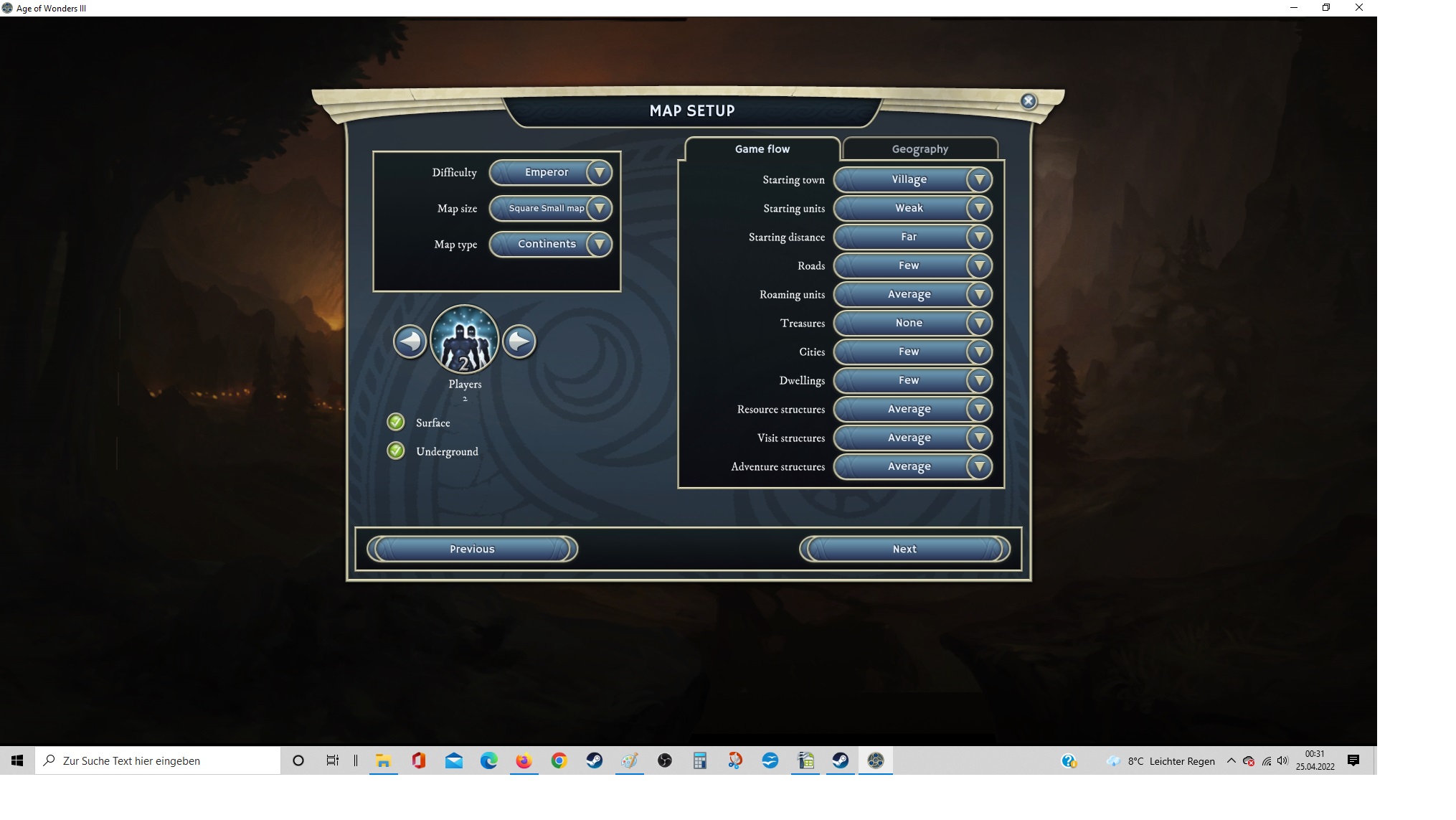 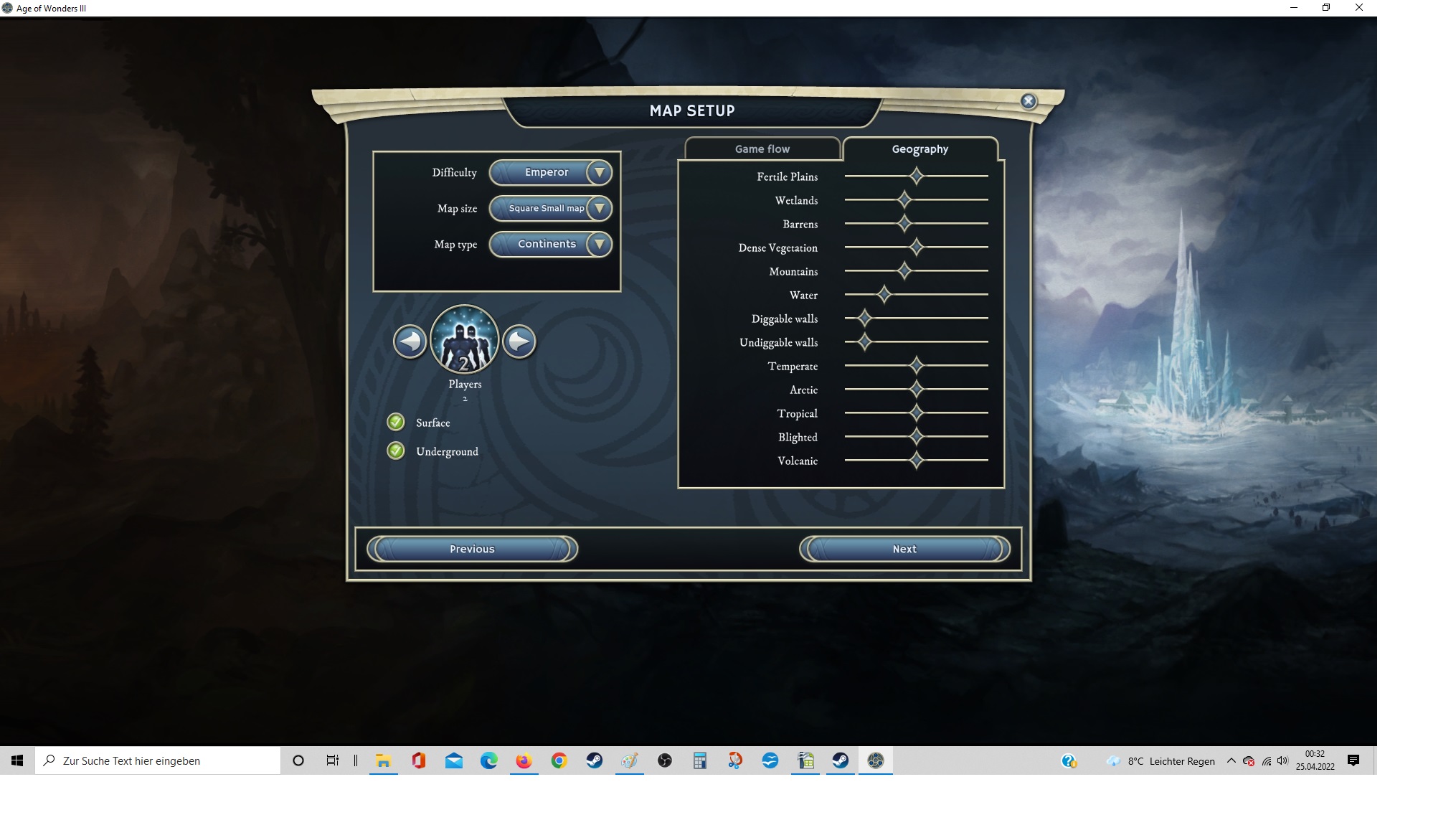 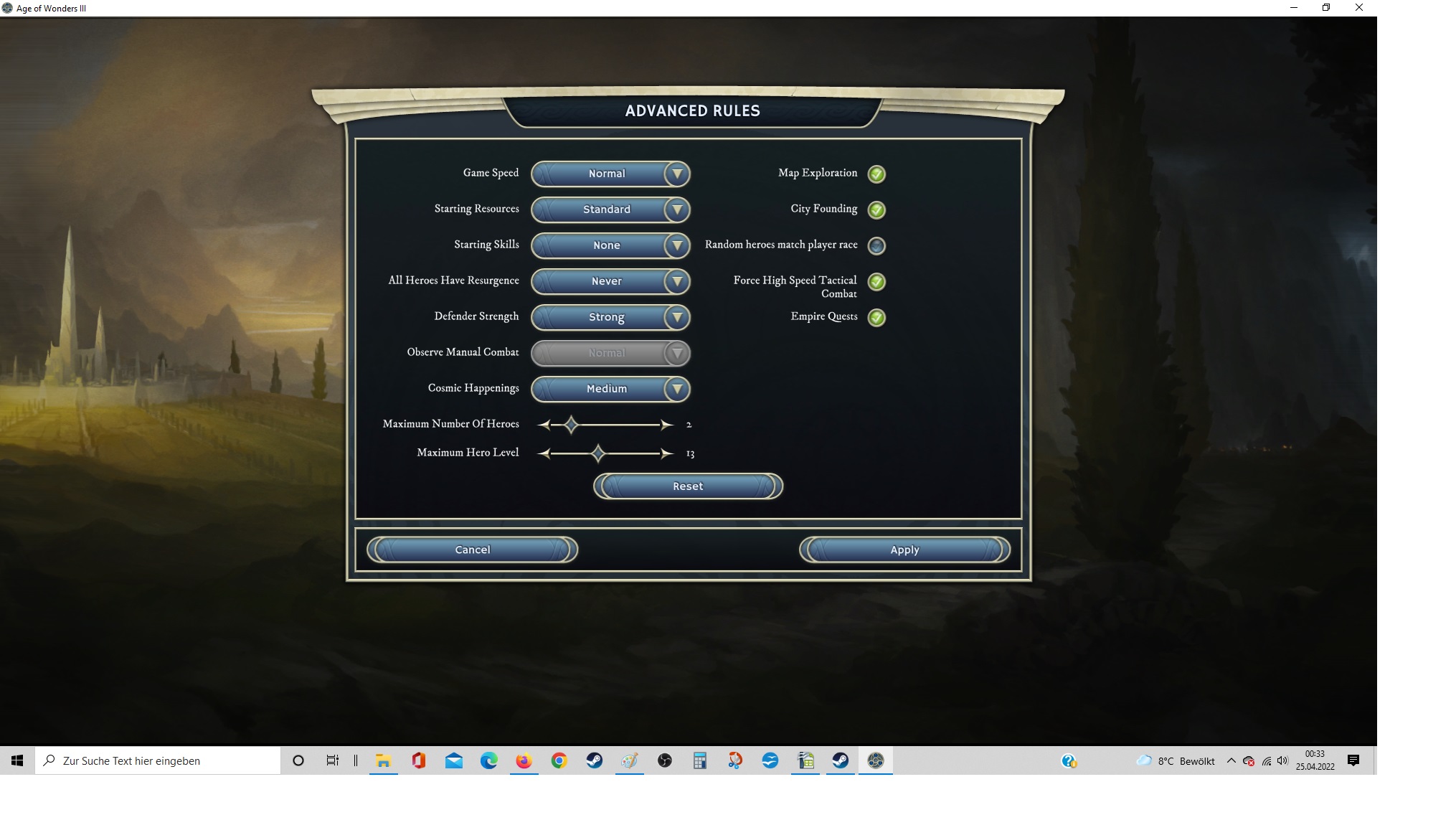