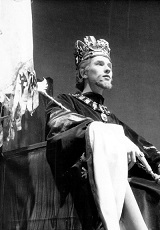 Henry won the only big battle we did, he attacked me 4vs2 after one of my heroes auto moved to a hex separated from my army, so rather than sacrificing my hero I decided to stick it out 2vs4, he won but I killed his leader in the battle. 2 turns after independents took Henry's throne and the game was over.

Excellent match, though a disappointing ending.Â  Both leaders were sent to the void in a major battle, but 2 turns later my throne city was taken by a party of Lost Souls.Â  My 2 defending archers were not enough, alas!

Wow, that is really bad luck! I made a horrendous error, but didnt want to restart or ask to restart.
My hero (Orc Necro) auto moved when I pressed end turn, and she only had 4mp left, so couldnt move her in any hex in either way, so I had to leave my army so you could attack 4vs2 (or sacrifice my hero) and still have 3 stacks to make a counter. I think maybe the 2nd option would have been better.

It seems when the independent "finishes" the game, the game becomes bugged and I can't even open the turn to see the scores etc.

Sure we can have another game!

Wow, what a disappointing end.Â  My throne city was defended by a couple archers, but the 3 independent Lost Souls that wandered by were enough to beat them.Â  Horrible.

Ok, so that is the absolute tournament settings!
Unless I oversaw something, I will host a game with those settings, most important for you seems to be the far starting distance (which is customary)!

good luck and have fun!

Hi Marcus,
I haven't really played enough PBEM yet to have a good idea of the various mods and options.Â  In the other game we're in, I've only played 2 turns so far, so I can't tell much from that.Â  I'll defer to whatever you want to play.

I'm in a two player game where I do like the settings a lot.Â  There is lots of room to explore, and the defenders are strong enough that I can't just kill everything and get snowballing too early.Â  These are the settings:

Hello Henry,Â
Before we start I would like you to comment on the options:
Include Pbem++ modÂ
Allow max hero level 15Â
Land only mapÂ
Trial the new mod for removal of rapidsÂ

A simple 1vs1 game in preparation for next turn of the duel tournament.
Everyone is welcome to join!
Normal tournament settings with the following options up for discussion:
Include Pbem++ mod
Allow max hero level 15
Land only map
Trial the new mod for removal of rapids