You wrote everything already Marcus

- about why I should vote it as a not good game. Lots of strategic mistakes in combination with map annoyance (mainly that necromantic circle) where I had to leave good fighting troops (good luck fighting reanimators and lost souls with untouchables) at home instead of bringing them out for adventure.

Thanks for sharing a bit of insight to the outcome!
I dont understand why you rate the game as a bad game?
Because of the layout of the map? Seems like a tough lay with lava blocking the route to the second closest city. But if we are speaking retrospectively, when you cleared the second Sanctum, and I stand 2 hex away from you, you have a few opportunities, scout with your free movement druid, and then cast Death March and attack my units, I guess you got some extra CP from the Sanctum, so should be possible to raise 60cp. Or turn North, and clear the 3 sites that I left, there was also a Regrowth shrine, so could have been very useful for a Death March after that as well.

My position wasn't much better with a tiny evil village on an isolated island, it cost me 150g for a vassal that provide 8g, 2rp.
Towards the very end they offer a quest for a Gryphon rider which made it worth it, but if the game went one more turn I would have bought it.

My starting city was quite good defended with water at each side, and only one way in (unless flying/floating/swimming), and rapids cut off the other continents, so it was my 3rd city which was most vulnerable for attack, and at one point I thought you was near, as the inn doesnt give away a "glow" and I thought maybe you cleared it and was close by.

You say I rushed you, but I lost my leader at turn 10 together with a necro hero, so in that case my rush was severely crippledÂ Â

i did manage to rush a few reanimators while my leader was in the void and then use a builder to be able to catch up relatively quick with the other units. If you are interested I uploaded all the turns, and have started to release them on Youtube.

Retrospectively I shouldnÂ´t have went for my vassal (the sites to clear there) Zorku north of my capitol as a rush was to be expected. 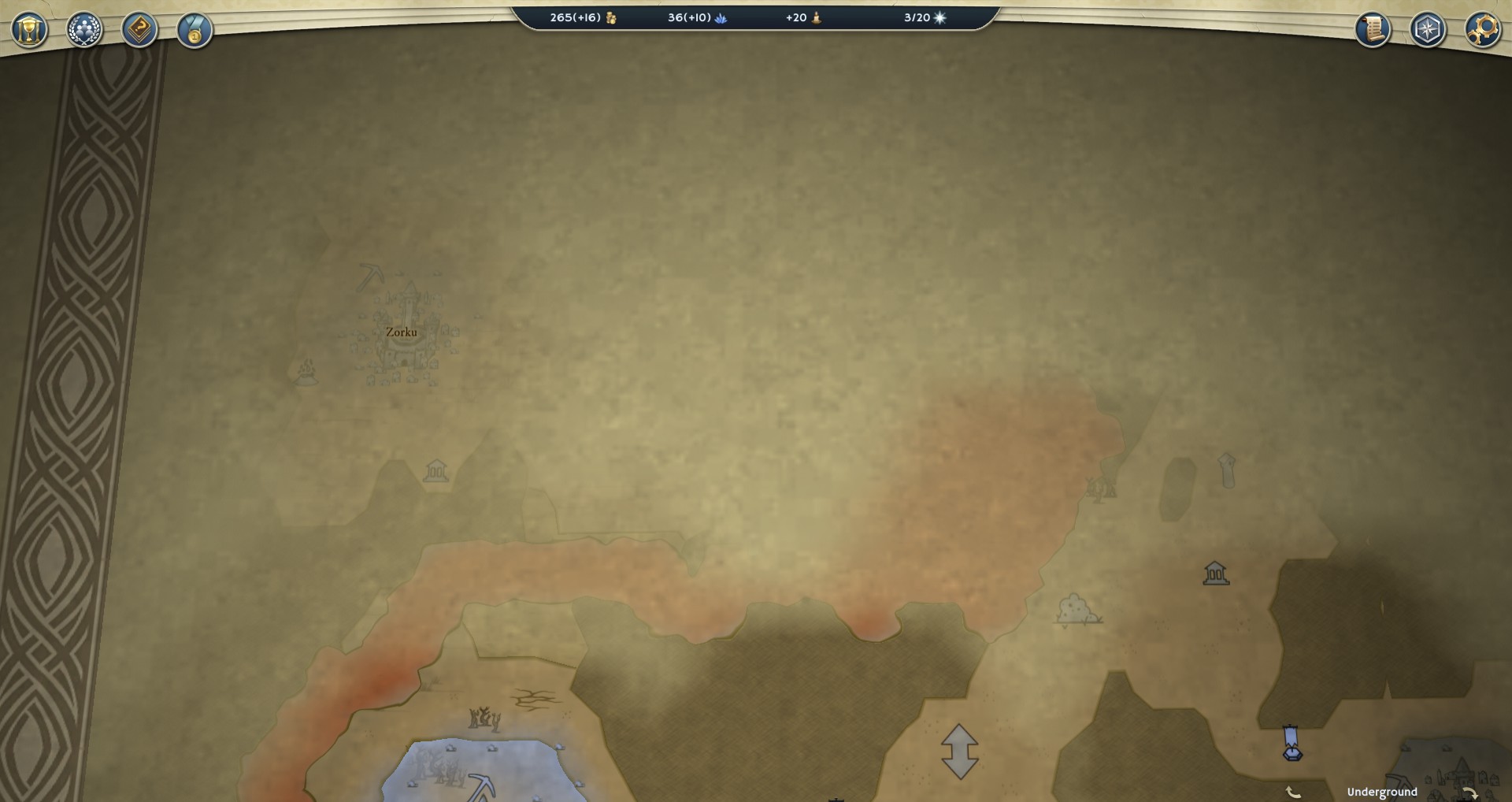 I had no way to get back and save my territory as Marcus rushed me on turn 23-24. I could have tried another way some turns ago, heading for his territory instead or going straight back home for defending after taking on the giants.

Instead I tried getting back by the surface but couldnÂ´t reach there with all my troops. I was close at summoning an obsidian dragon at the time of my demise due to a second forbidden sanctum cleared and casting it as soon as I got in my first sanctum.

Nevertheless those blight resistant buggers of the necromancer would not have been easy to deal with.

Had some strategic map obstacles in this game - being unable to easily reach and make contact with my future vassal Zorku (quite common stuff) due to a large lava pool and stream - and with the other city (orc in the beginning) close by conquered early on having a wall-enclosed (undiggable) necromantic circle within itÂ´s domain meaning that I could not leave it undefended.

I lost some good troops conquering the giant dwelling to plunder it which could have made a difference... actually had a good economy in the end. 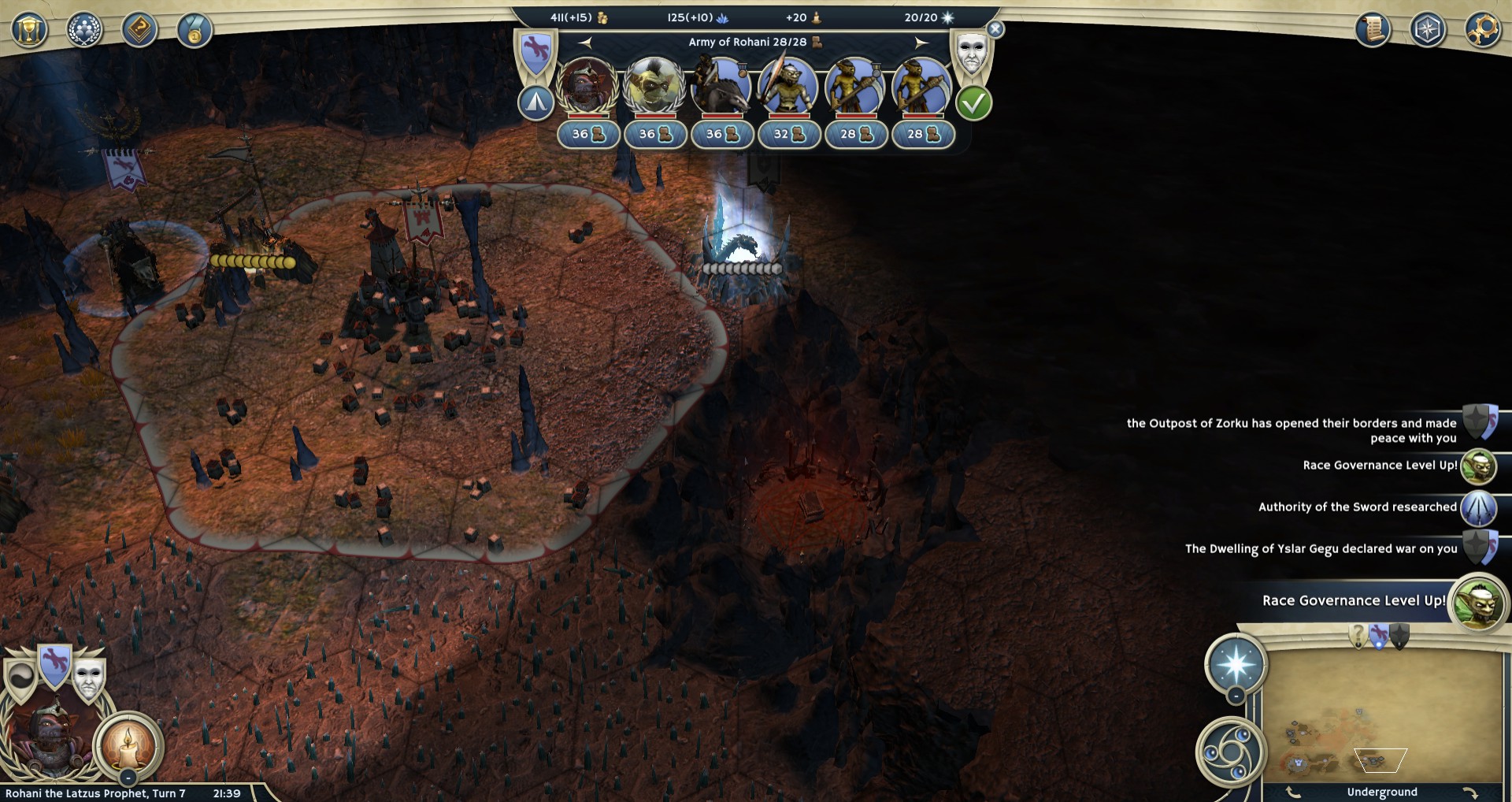 For those interested , I have released the first 3 "episodes" and will do so every day.
https://www.youtube.com/playlist?list=PLylaFfW8qMlwSjahzHt2G3qlOeiadaRM_

Turn 25 Eskild surrendered. I have uploaded videos of the turns, i did nothing spectacular, other than lose my leader and first hero at turn 10, but at the same time built a strong economy (see other games for the opposite) and had a good foundation to build on when my leader came back. Ghoul curse worked 100% the first 3 times, giving me 1 T3 and 2 T2 (support units).

Thanks for the game Eskild, as I said in PM, doesn't felt like yourself in this game

Shall we put a 2 day timer on? Would be good if we could aim for a turn every two days at least.

The classic Goblin Warlord vs High Elf Necromancer, interesting!
I was confident you would pick Rogue, but maybe you save that combo for harder upcoming matches

Not that we have any timer on, but Im going on a holiday (with computer access) so please dont turn on any timer until the 1st of March at least.

Ok, since Fistandantilus comes back only Sunday evening and some of you (in the other match at least

) are very eager to continue, and given the nature of the issue (more on that when Fistandantilus comes back), you can continue playing. In any case, I suggest you to not play too fast, it's bad for your health.

I remember now Fistandantilus is away until Sunday evening...
What turn are you on?

Sorry I meant No Rapids.

Please temporarily stop the game, I am waiting for a PM from Fistandantilus about an issue with all matches.

Yes, you only took No RMG and Few Starting Skills, right? So no problem.

LetÂ´s play on then - if the judges see no problem in us doing that.

I just did my turn, and I started with T1 summon, but only one combat spell.
I did a few mock maps to see if I could replicate the start with summon t1 spell, but in all maps it started non-researched.

I'm happy with the map otherwise so I would say we play on.

Please click here to read the rules. In order to avoid advantaging one team or the other, for each match, the team who will host the match was randomly selected.The first team in the "turn order" above (who is also the team on top in the tree here) must host the game. Tournament Game #59 Round ! When players do not show up for their match, the Tournament Judges have the right to change the match!

Good to go, good luck & have fun!
Interesting for the Few Starting Skills, I'll be interested by your feedback at the end of the match, as I'm considering this (or even No Starting Skills) for next tournaments.

I see you opted for few starting skills.That's OK for me. Good luck and have fun 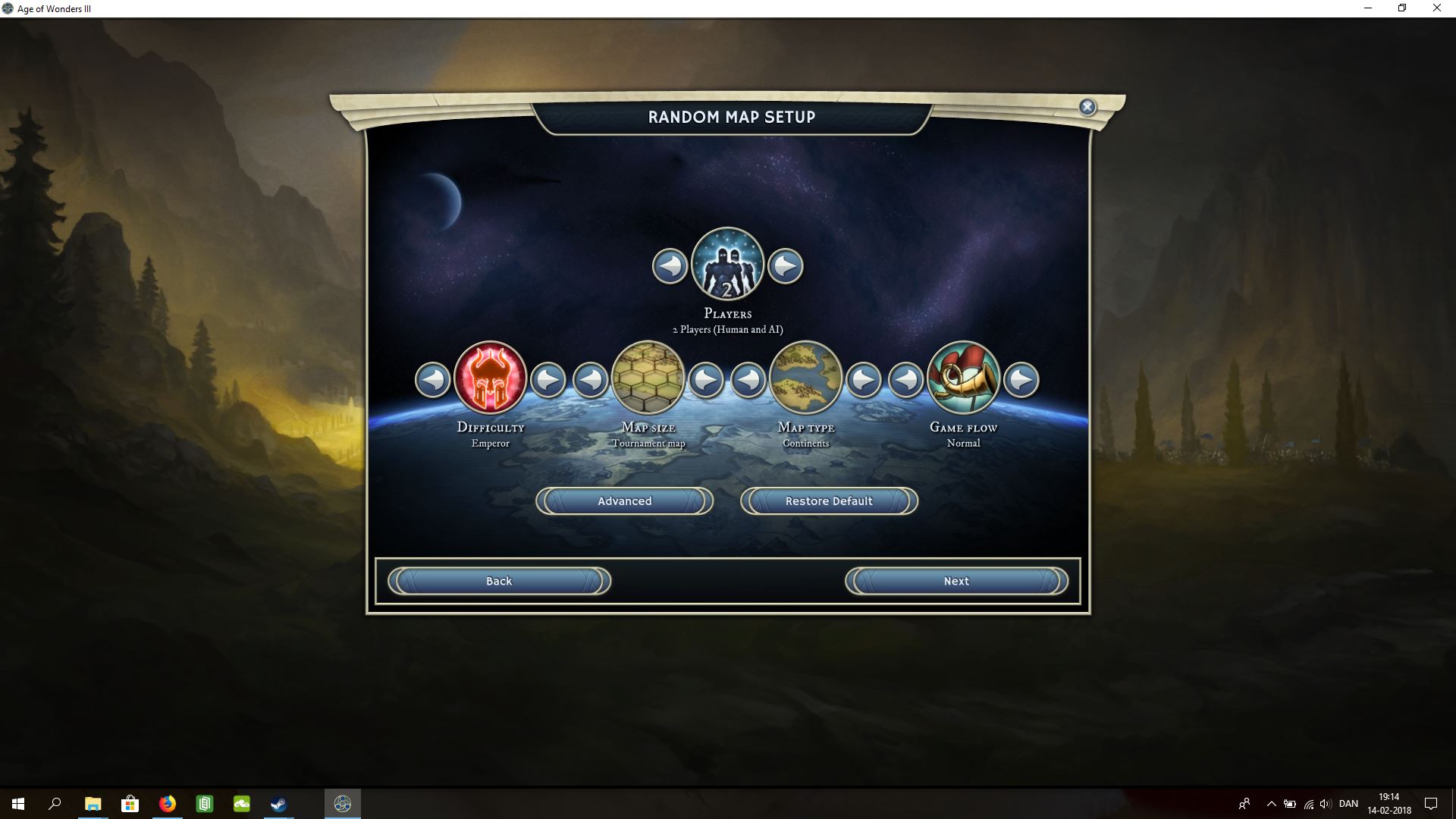 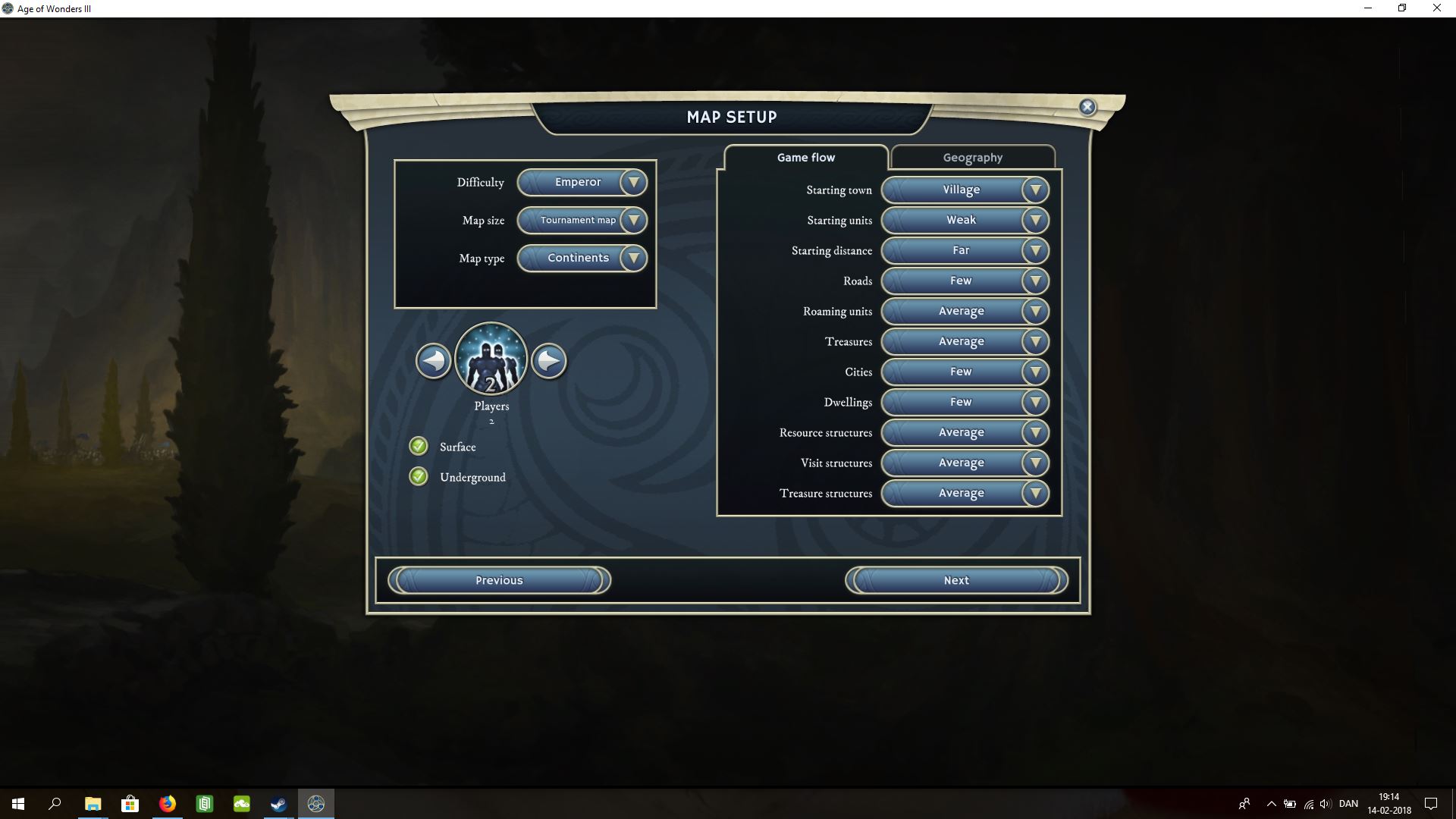 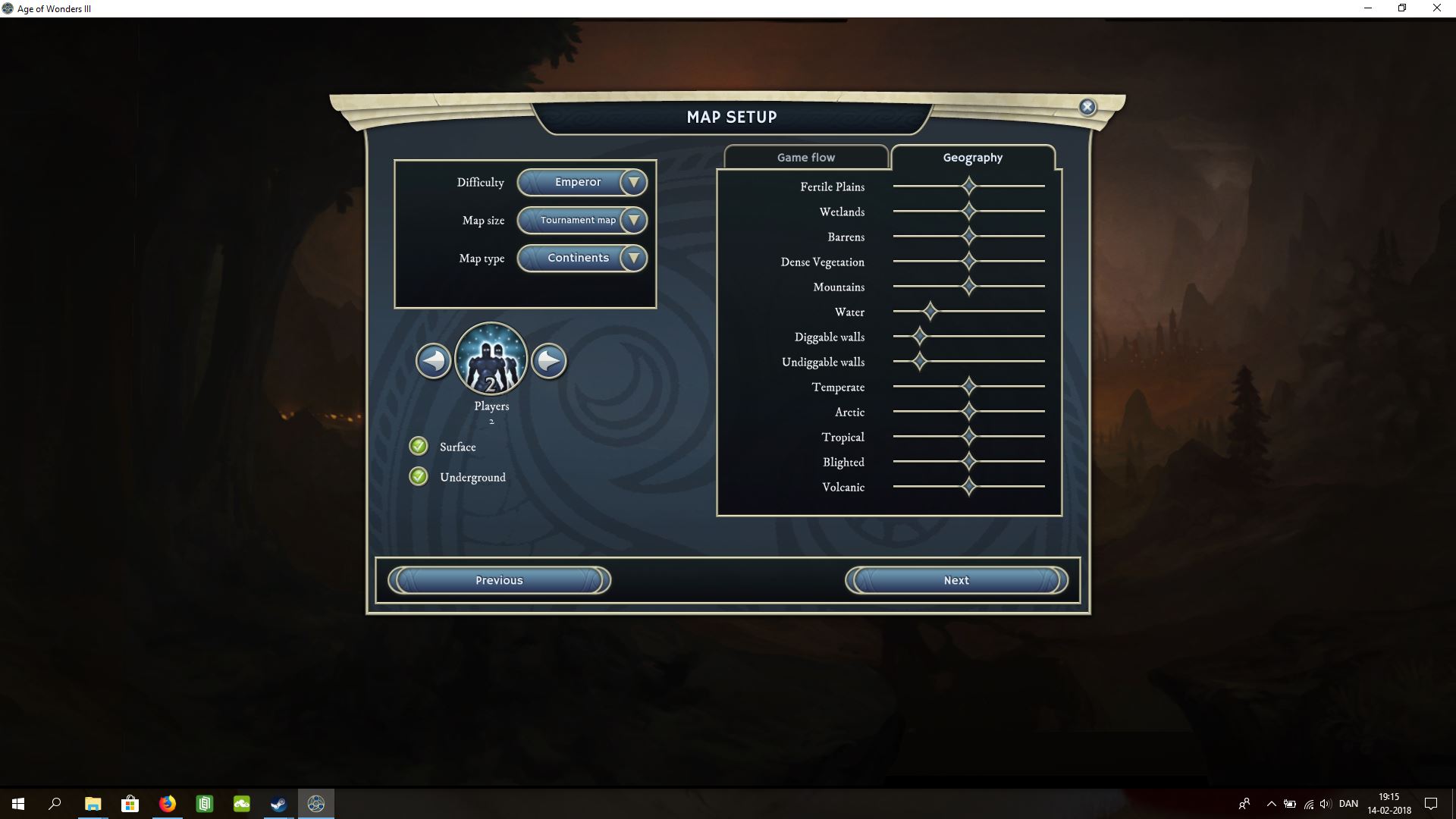 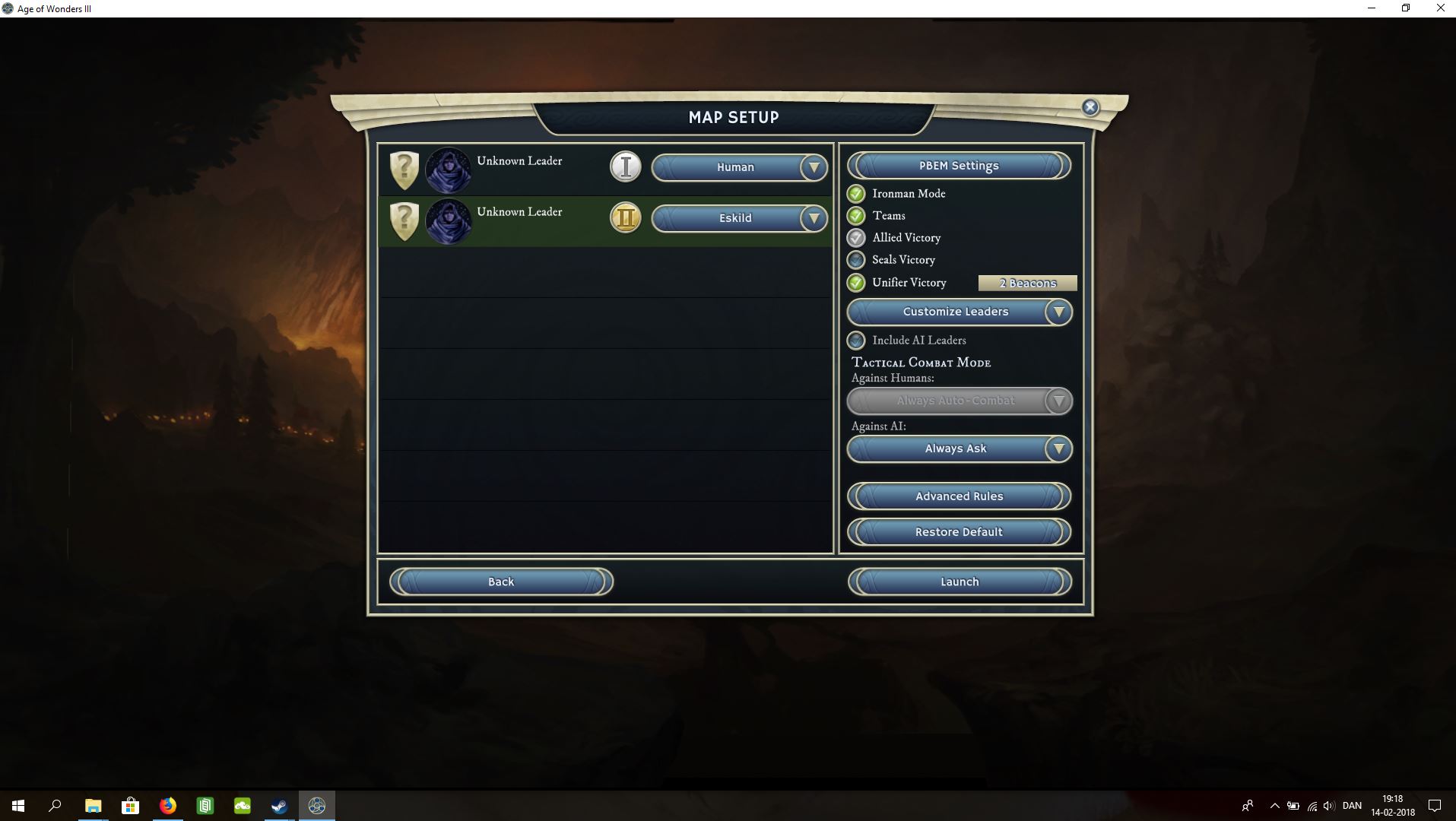 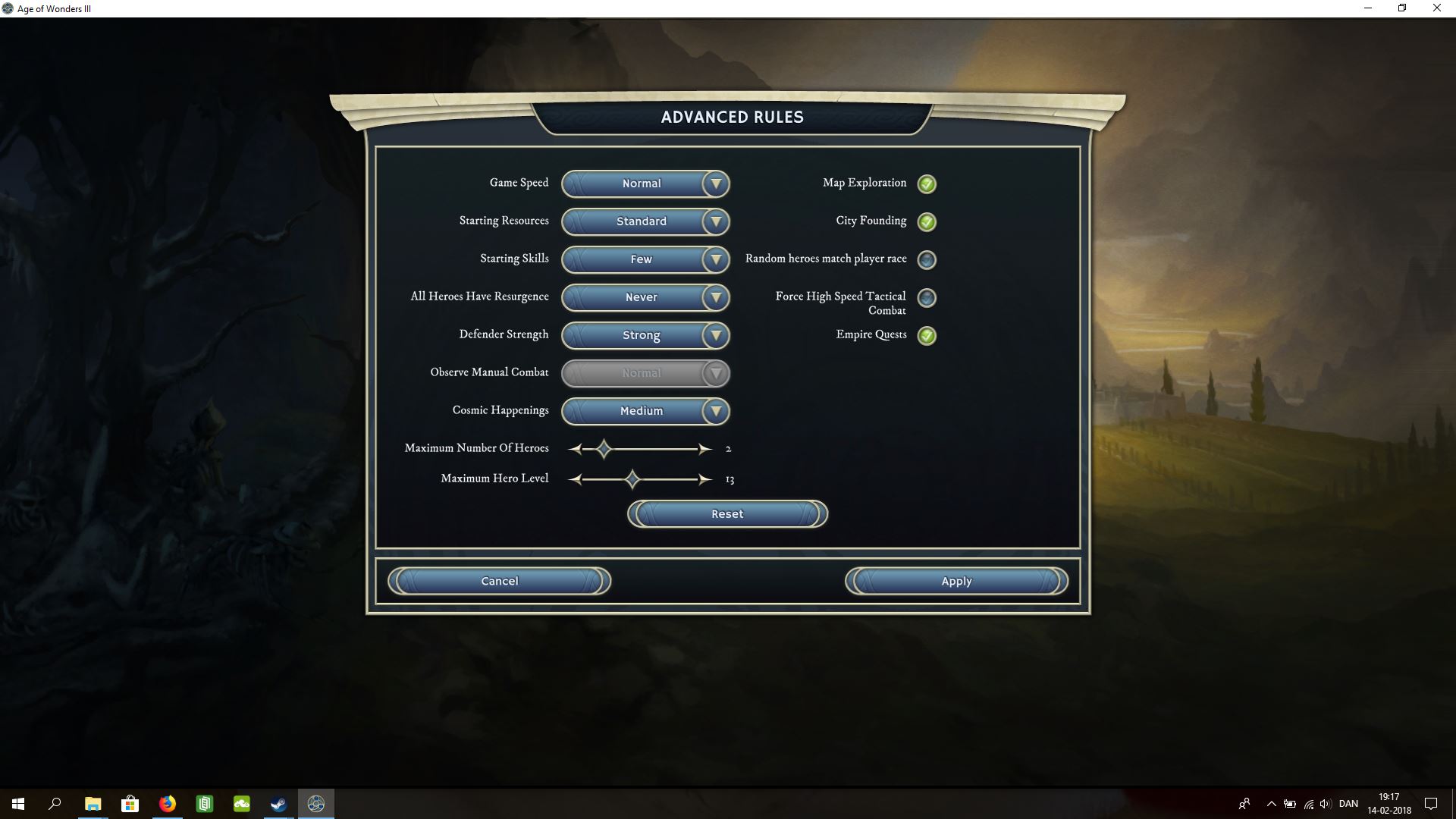 PBEM++ is only possible with the normal balance mod, I think.
Im open for allowing 3 turns of scouting around the domain, if you are locked in by rapids, you can post screenshots in the blog to request a restart. Or like Hiliadan said, the "no rapids" mod is another option.
I would also be for selecting "few start skills" to even the playing field, and ensure none get an advantage with t1 summon from start.

If you want to remove rapids, you can also use the mod that does only that, since the PBEM++ also brings many other changes.

I hope luck will smile at me in this one.

Should we use the PBEM++ for getting no rapids or do you plan to rush exalteds on me?

Im happy we have 1 game where we are allies, otherwise I would feel after the top 8 shenanigans that we would be arch enemies

Anyways! You are the host for the match, so please post screenshots and host with the latest Beta Balance Mod.