About 5 months after the opening of the closed beta (June 2018), the Shadow Realm Community Expansion moved to open beta on the Steam Workshop in November 2018. As we are moving closer to an official release (out of the beta phase), this article takes stock of the progress on this project which has involved more than a dozen contributors from the community.

About 120 bugs and issues have been fixed during the closed beta and the first phase of the open beta. The two mods of the expansion (one for the main content and one to access the Shadow layer in RMG maps) have reached the top 30 by subscribers, with 2500+ subscribers and very good rating (the expansion is for instance rated the 10th best AoW3 mod in the latest community rating). The closed beta focused mainly on polishing the content but it was too short to properly address balance and compatibility with other mods (though no incompatibility issue arose). 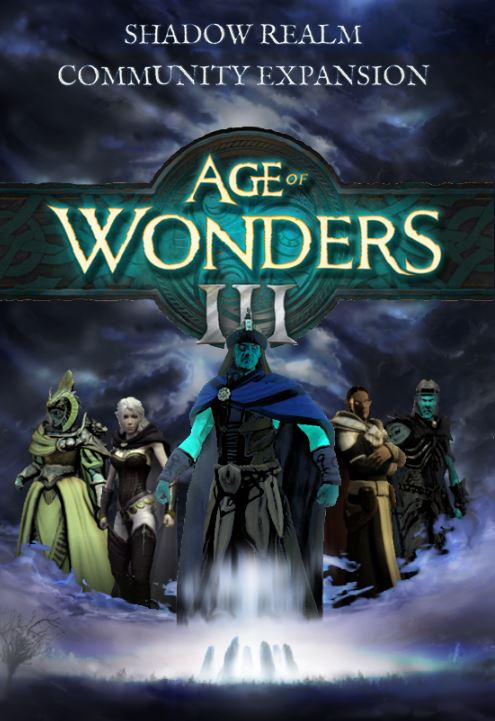 Goals of the open beta:

- conduct a balancing pass to ensure the expansion is properly balanced

- address any compatibility issue which might appear with other mods

Everything currently works in the Community Expansion and it is safe to use it. The first two scenarios of the campaign can be considered finalized. All the units, abilities and structures are fully designed.

A new T4 unit: the Elder Bone Dragon, which can only be unlocked by clearing the strongest of all sites, the Forgotten Throne


What is missing:
- some retexturing (Elder Creatures) and some icons
- finishing maps 3A, 3B and 3C
- fixing some bugs on the RMG, especially one which can cause crashes on large maps (but extremely rare on Medium or Small maps)

You can see the list of known issues and report new ones here: https://forum.paradoxplaza.com/forum/index.php?threads/shadow-realm-open-beta-tests.1301141
And finally, let's give big thanks to people contributing or giving bug reports and feedback for the Expansion!

» The mod to get the Shadow layer in RMG maps