It was first time to complete centurion quest.
I had 980 upkeep before last battle.
And I knew phirpo has only tier1and2 units maybe less than 5stacks.
But still I was fear to rush because of bitter defeats.
Several timesÂ I lost with much better rank army(champion3~5 vs expert)Â in even number battle.
Supports just heal and buff and let enemy attack flank while melee units rush and be killed.
So this time I waited enough to make 3stacks without any supports.
At last battle I still feared and concern to attack wall.
I thought I could lose or at least 2stacks of army.
I attacked only that 3stack cost too much to pay upkeep and soon can be recovered with converts.
But that battle was overwhelming and lost only several.
This game solved myÂ problem and I think I can do better next time. 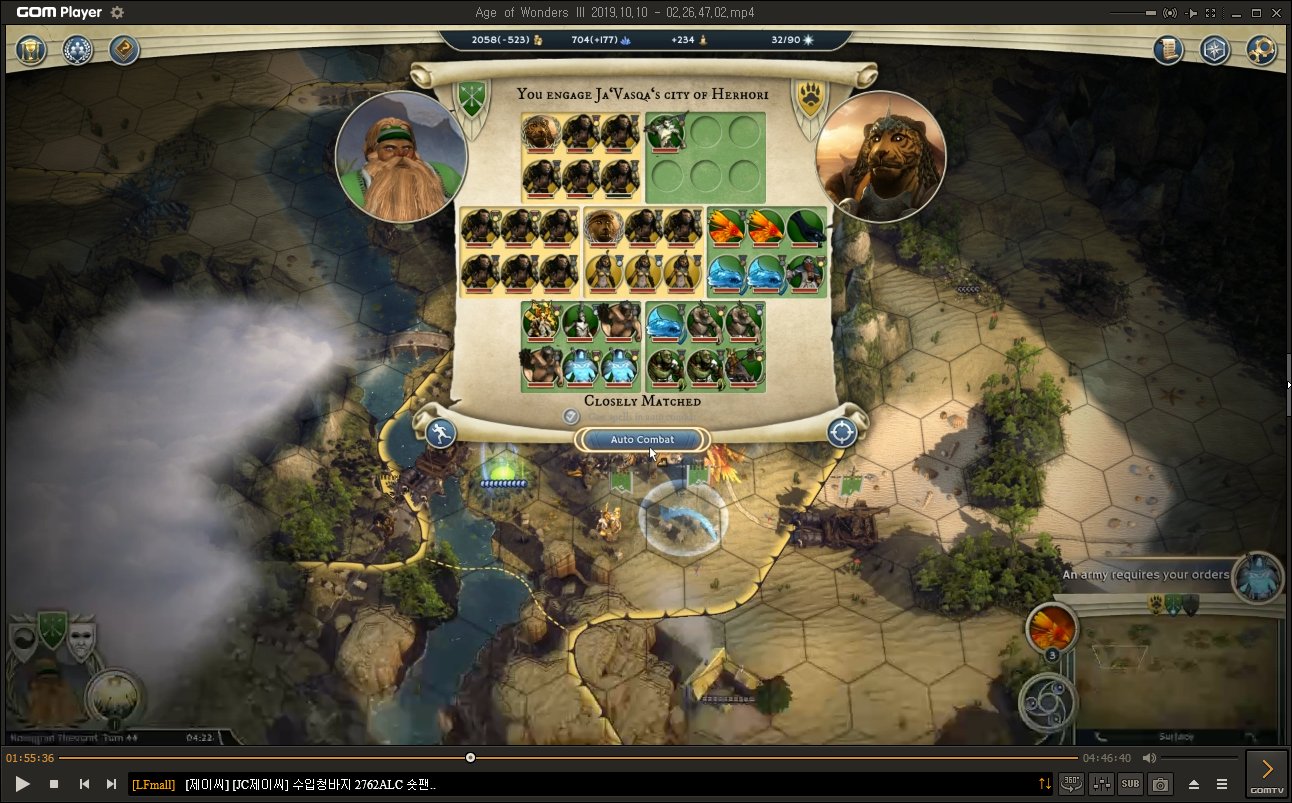 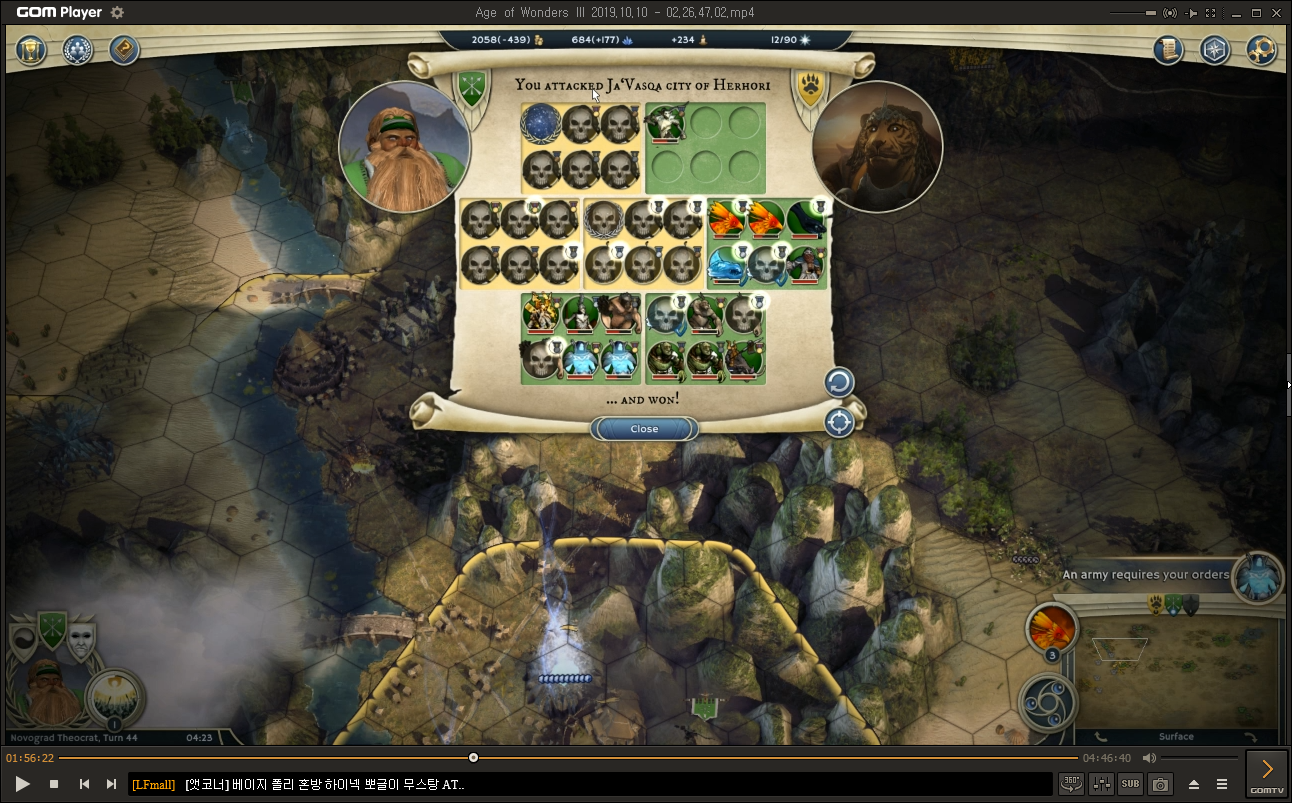 i played for the first time tigran warlord. and my starting position was crap. the second tigran city was almost completely blocked off by a massive mountain range of 5-7 tiles, where a quest hid the whole time and wouldnt leave. then i even lost my leader early due to critical damage. i thought i could catch up because novo always takes his time and is not the quickest.

but in turn 42 he had practically converted the whole map and reached 100units: node serpents, trolls, phalanxes, a king shock serpent, 2 phoenix. novo understands at least how to convert, you cannot argue with that...