Good game Castaneda. The critical portion of the game for me came down to having a building in the right place at the right time. I was able to build a road in front of my main army allowing it to retreat back to my throne city as fast as your flyers.  And to move back to the faerie city almost as fast.  The battle at the faerie city was fairly even in my opinion, except a few of your units had significant damage giving me an advantage in total number of hitpoints.  Having four units survive this battle was big. The big battle just north of your second city was a good ambush by you.  I did not know you had nearly that many units in the area.  But I did have regrowth on some of my better units.  Again the battle ended in my favor with enough units left and one hero so I could continue the march.

Any of the players in the team can host. The host must play in #2 position in the turn order (please check rules for more details).
Tournament Game #4 Round 1 !

Class and race sent by Castaneda to me. You are good to go!

We are still waiting on Castaneda to send class and race, I saw him online today so maybe he will send soon and the game can start!

Let me know if you see any issues. 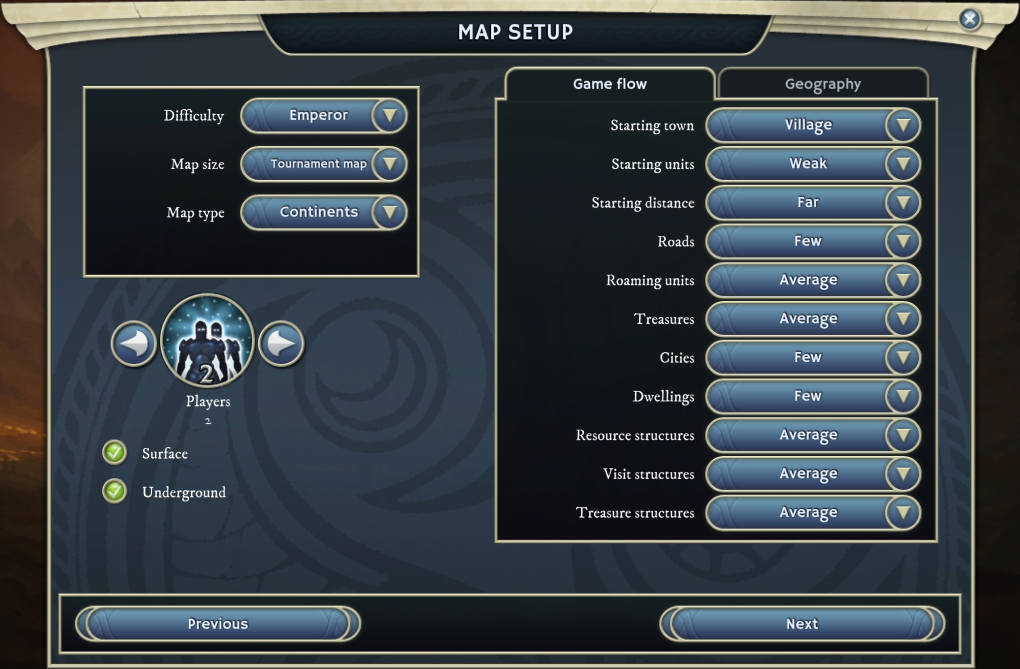 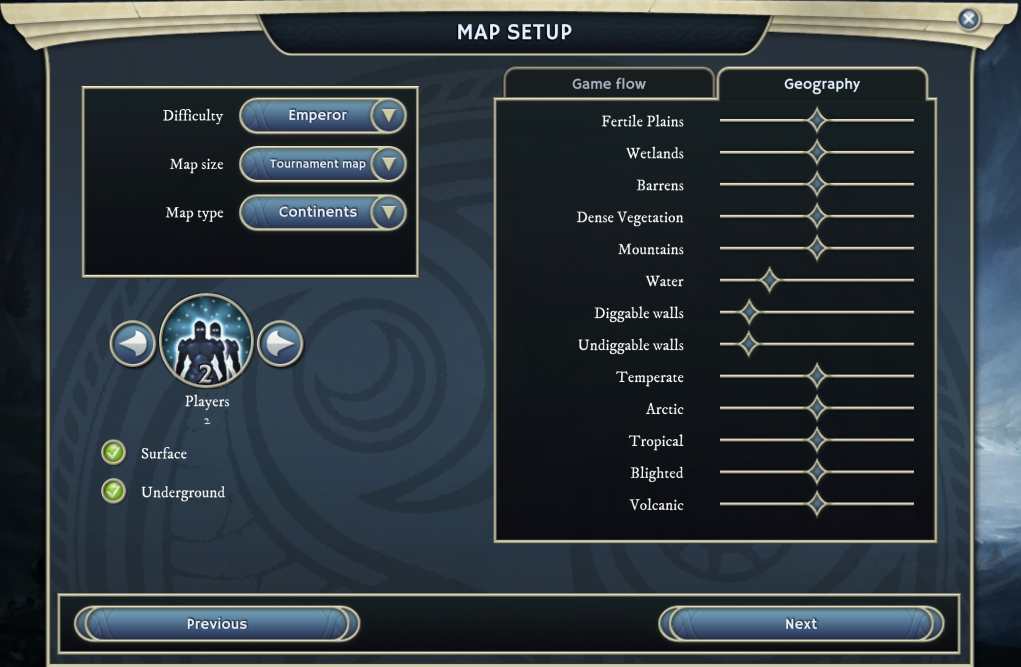 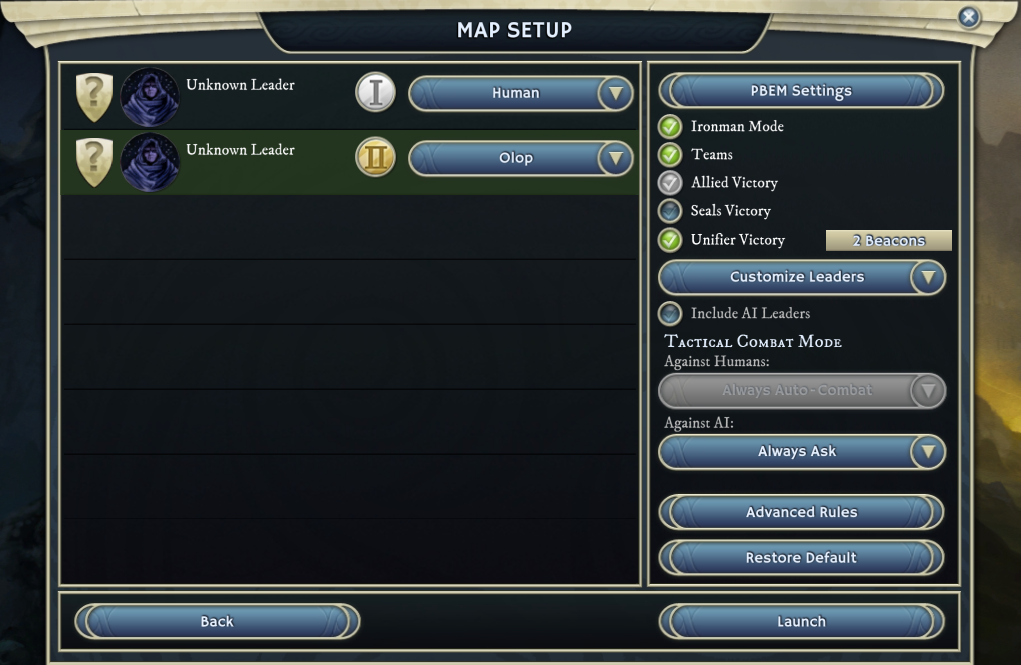 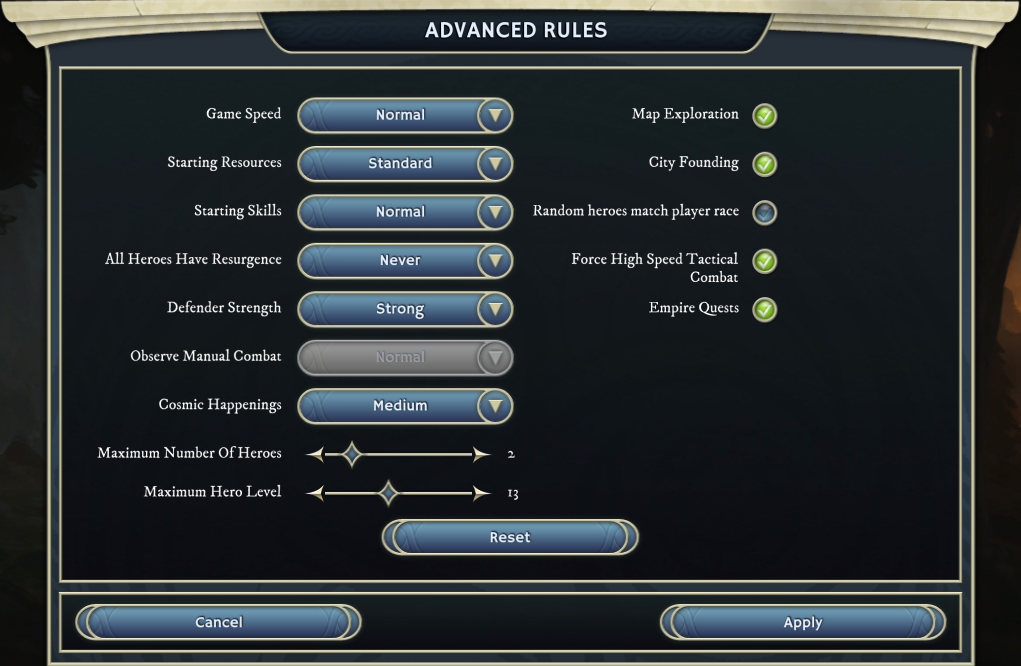 Sorry, I almost set the team numbers too.

I will rehost later today.

Sorry, you're the first to share the settings so you're the one to suffer from my mistake.

I forgot to write "Each Player is given a team number (two different teams, one for each competitor)". Could you please add the team (maybe you need to rehost? if so, sorry)

That way, nobody needs to declare war on the other and lose alignement. I updated the rules.