Reserved for the report.

Thanks Jean , Yeah the large lava lake towards the middle of my start position proved quite an inconvenience

and yes ill admit I'm not a great WL player

even by turn 40 summon hellhound had not come up in spellbook despite I chose fire mastery as did you...with expander...

WL has a lot of good empire upgrades , but I did not get to use them very well..... as you wiped a couple of my stacks mid game and places to plant cities and forts were quite scattered to sides of map with that huge lava lake wasting a lot of space.

I guess I should have went with a diff combo the lack of good scouting limited to scouts and monster hunters was a bit of a hindrance....ah well leaves a stronger one for next round to avoid elimination...


Good Luck the rest of the way

The game lasted 40 turns and for me was pretty interesting though I managed to dominate over Seer during the whole match. Here are a few reasons why all this happened:Â

1. I had a pretty bad start (my vassal declared war on me: I had to assault its defense which had several elf archers among other units on the walls - pretty painful for a weak starting army, that's why I lost several turns just building swordsmen) and I would have probably lost the match if Seer had rushed me with berserkers at the beginning of the game.Â ButÂ he was settled far away in the underground which was full of neutrals so I got enough time to build an army and evolve it. I managed to evolve every single unit I had and got 5 exalted and several storm sisters pretty quickly.Â

2. Then I managed to scout the map faster than Seer (I guess theocrat is better positioned here than warlord, nobody would argue). Not only got I a fey dwelling near my domain which gave me very good quests but also I managed to vassalize a dragon dwelling in the Underground!Â

3. I was lucky with snowball strategy: I got a nymph as a reward from the fey dwelling and 3 evangelists performed perfectly.Â

So first of all I sent a full invisible floating stack to Seer in order to create chaos on the borders of his empire. So he had to defend and wasn't able to counterattack.
Second, I made a snowball with my main army evolving units at the same time.

When it arrived to Seer it was much more powerful and dangerous. As you can see, I was able to control my income very well, stabilizing it if needed with new outposts and forts. Only in the end of the game I was running out of gold but I was simply going all-in there, snowballing and snowballing.

Finally, I managed to send small but dangerous armies to Seer attacking him from different parts of the map.Â 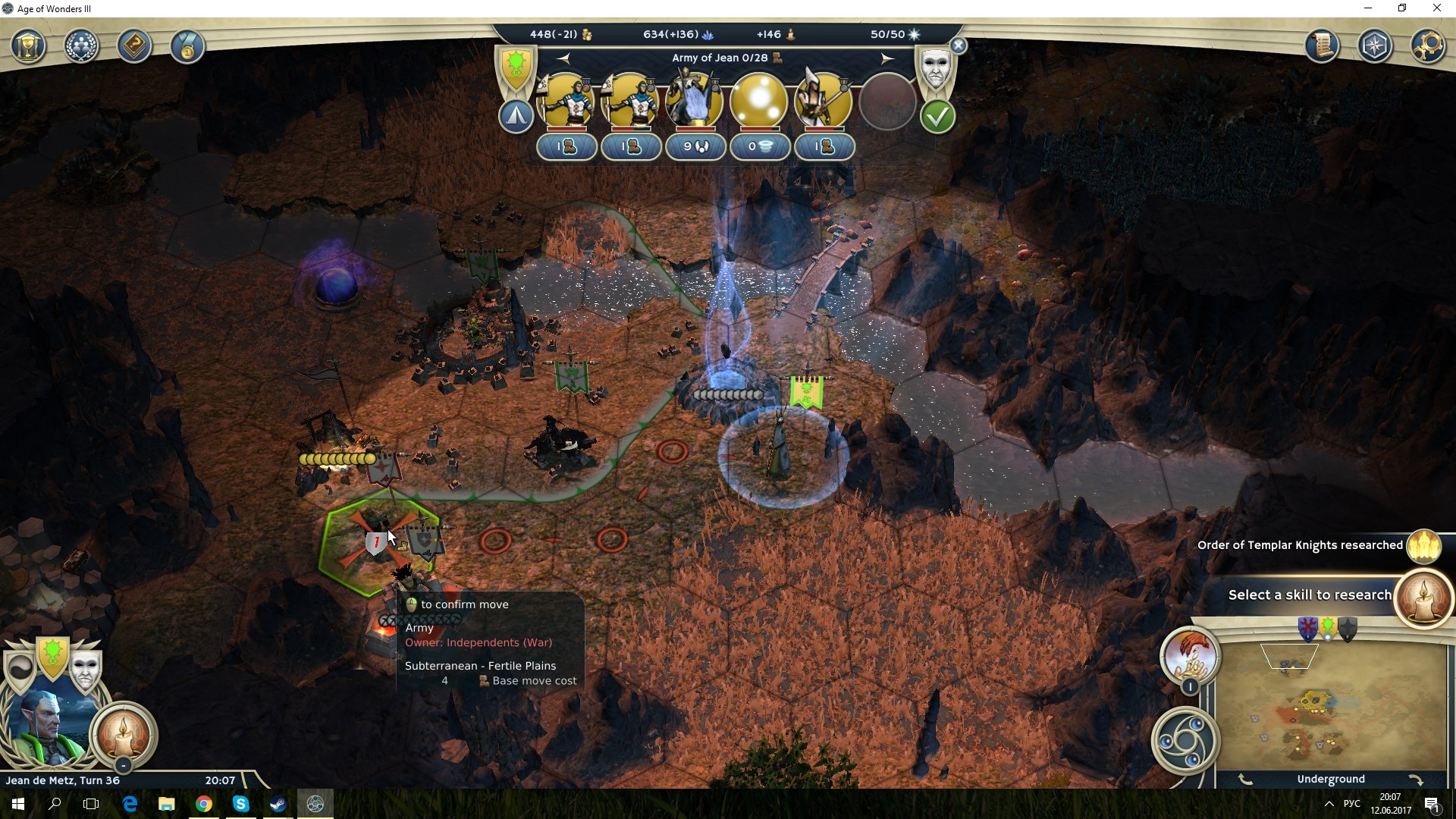 And, most important of all things, I was lucky in battlesÂ

Â Seer had some good armies but random was on my side in this game.
Thanks for the games, Seer! You're a very good and friendly opponent, always a pleasure to play both in team or against you. Good luck in the next rounds and hope to see you soon on the battlefield.Â

Please click here to read the rules. In order to avoid advantaging one team or the other, for each match, the team who will host the match was randomly selected.The first team in the "turn order" above (who is also the team on top in the tree here) must host the game. Tournament Game #36 Round $roundza ! When players do not show up for their match, the Tournament Judges have the right to change the match!

Just waiting for Jean to launch the game now

Ok, settings are OK and we have both your class/race so you can start. Good luck and have fun!

@Jean: next time, please try to take screenshots in windowed mode for the settings.

Update:
Seer has told me he is going to move to a new appartment pretty soon and might not be able to make his turns very fast so we decided to return to the tournament size map.

Hi!
I've sent my race and class to Hiliadan.
The game is up, it's called Round 3 Tournament Game, the pass is: Seer.
We have mutually decided to play on medium size map and "no rapids" mod. As the map size is larger this time I insist on setting one day per turn timer

Â Otherwise we should play on the tournament size map.

have submitted my race / class