congrats for the win, Jean. but as I Told you, I didn't loose Interested in the game. Â I tried my best. Although I thought about a Trap, Â I decided to kill your scouts because I was well aware of your military Power and I had to risk something. my leader + heroe were Â pretty strong (10 /11), Â but I didn't had a Plan the whole game. it was similar to the 2nd game vs DarkRider there wetlands Slowed me down. I habe to get better in Dealing with it. but ofc warlord vs rogue ist a hard fight anytime. but you fully deserve the victory.Â

Hello, guys.Â
Just a few words about the tournament match against Gladis, unfortunately the game wasn't interesting at all.
First of all, my scheme was much stronger this time: I took halfling rogue planning to use both main strategies - charming with bards and level-uping scoundrels to shadow stalkers (since halfling ones get 3 shots and therefore evolve easier). I also had a perfect scouting and was able to follow all the movements of my opponent.


Second, I got a perfect map for charming

Â The objects were insane: gold mines with spiders, farms with trolls...just have a look at this.


I just had to wait for several bards and start charming.
In this game I mulled heavily to get some good heroes and was rewarded: from the third attempt I got a perfect sorcerer hero with inflict stun on level 1 (!) and later a necromancer came to me willing to help bards a lot.
While the main army was slowly heading towards Gladis my secondary stack was cleaning the map and level-uping each turn.


I had problems with income but settlers, vassals and iron grip on all cities managed to overpower poverty.
The map was good and comfortable for me, I faced no problems in reaching my opponent pretty fast.


Gladis later confessed that he had ruined his start rinning here and there. He wasn't prepared to tackle my scouts and armies.


Of course he suspected traps here but, I guess, he wasn't very interested in fighting so just met me on the borders of his empire.Â
First getting trapped here losing a very powerful level 11 sorcerer hero.

And then maneuvers resulted in the final battle. At this time of the game I could afford even to lose it cause everything went perfect: I started to get festivals which boosted my economy, research into stalkers and etc.Â
Even though Gladis managed to kill more than a stack of my units in the decisive battle he still lost it and the game was over since he had only 1 unit defending the throne city.

Gladis is a good player but the loss of interest in playing the game leads to such poor results. I do hope he will recover from it and start playing seriously again

Â I wish him good luck and looking forward to playing against him in future.Â

The judges have agreed that the game can continue, no further action is taken!

ok I wonÂ´t do it anymore. I didnÂ´t think it would turn out to be such a big deal.

But itÂ´s ridiculous, I already played on. So you guys should at least be consequent and give me 2 warnings (one for unsporting behaviour + one for playing on) or an instant DQ or kick me from the site again. I simply donÂ´t care

After this silly joke, all judges haven't had time to reply yet, therefore the game should still be paused.
In the future, please refrain from such activities, it does not only harm yourself but also your opponent.

Yes ofc it was a joke. All relax please

Marcus, just open a "screenshot" in a separate tab and take a closer look. The url isÂ https://www.my-league.com/games/273/downloads/screens/47418/273/1492951025alternative%20facts.png and the restart text is clearly painted over (different font, different font color)

No, it wasnt!
I can understand the joke, but we have problems with ironman notifications in many games, and to have 2 plus not notify judges before sending turn is really severe.

Gladis, can you confirm it was a really bad joke on Jean, and we can continu without handing out any warnings.

I'm not sure it was a good trolling if honestly, Gladis. Judges may not understand this and the questions about restarts go to me, not to you.
Just to make sure: I didn't make any restarts in this game.
Published on Thu, 01 Jan 1970 01:00:00 +0100

Hehe you know IÂ´m playing Donald Trump in that game. ItÂ´s fake!
I really didnÂ´t expect it to be that good with my low-paint-skills xD
Wait here to see JeanÂ´s win soon.

So please wait Gladis for judges instructions. Did you just receive the turn now and Jean is probably writing some feedback?

Edit: Actually I wasnt thinking clear. Jean should have reported the restart before hand, now we need to investigate a bit more, it isn't possible to restart twice and send turn without notify the judges.

I think this game will end soon.

Oops, my bad! Checked to quick

Hi, Marcus.
But the status is ongoing

This game is ready to be started, once its underway, please update status!

I can't believe this, I finally managed to create it in the right way xD 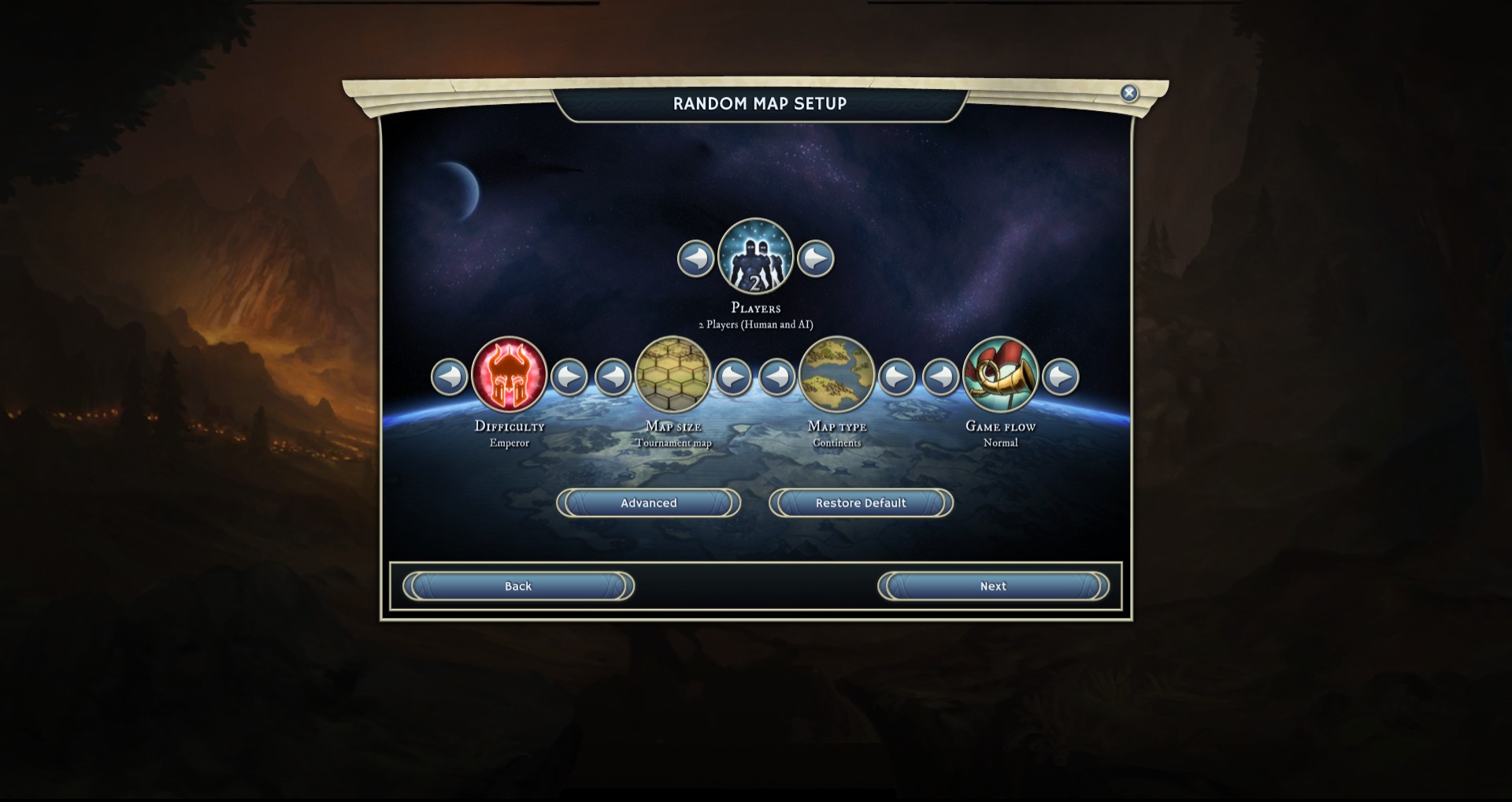 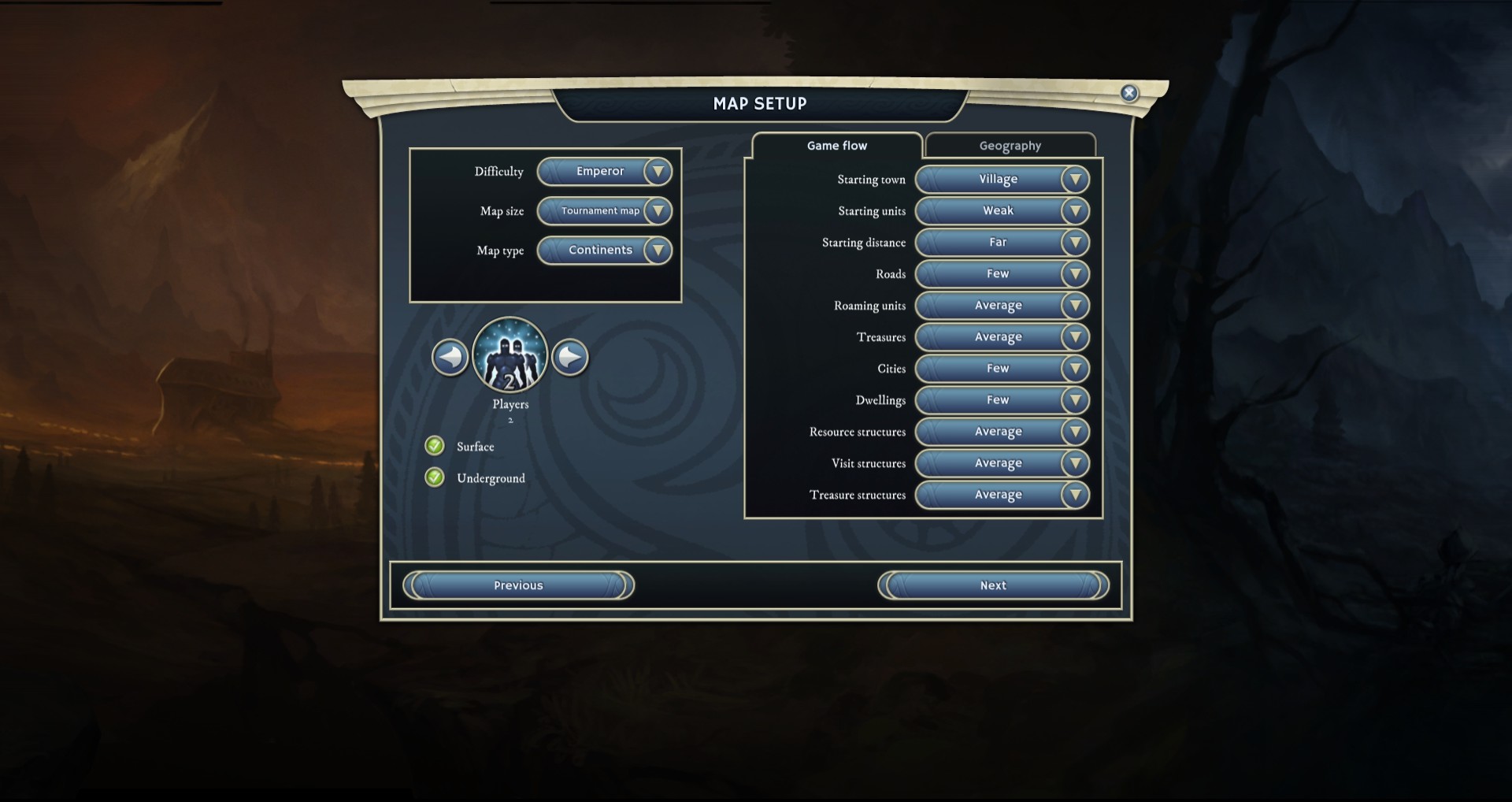 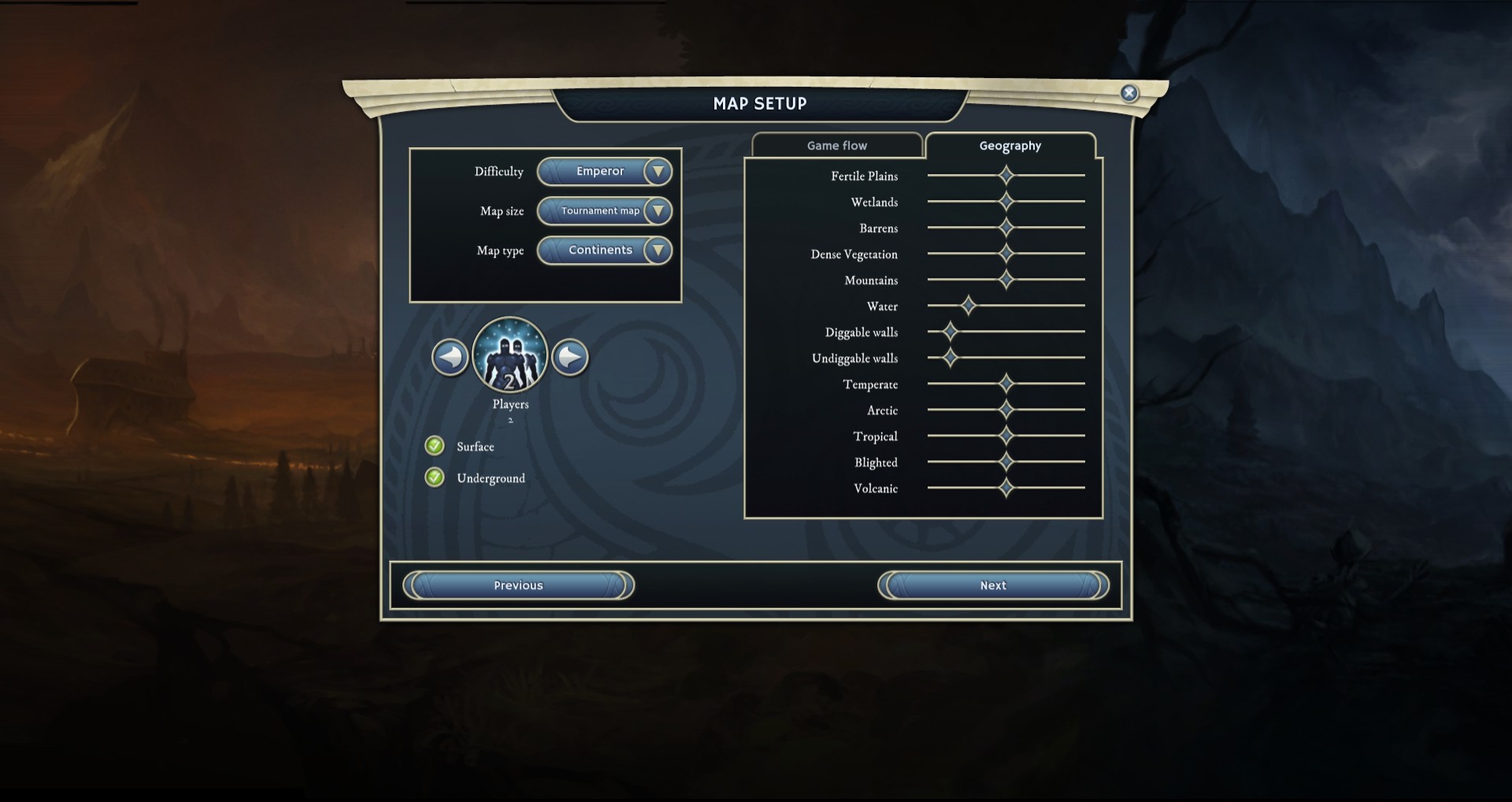 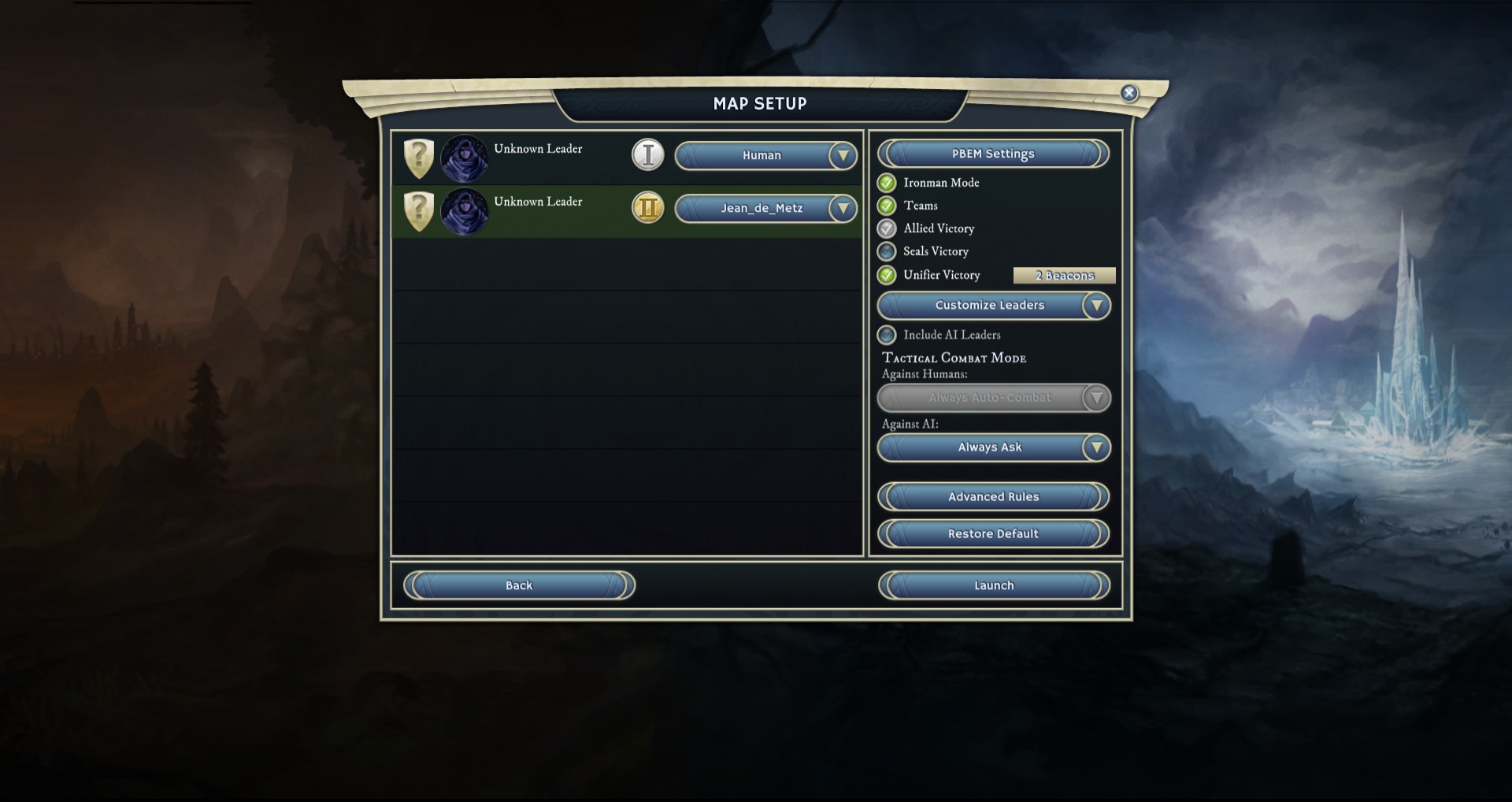 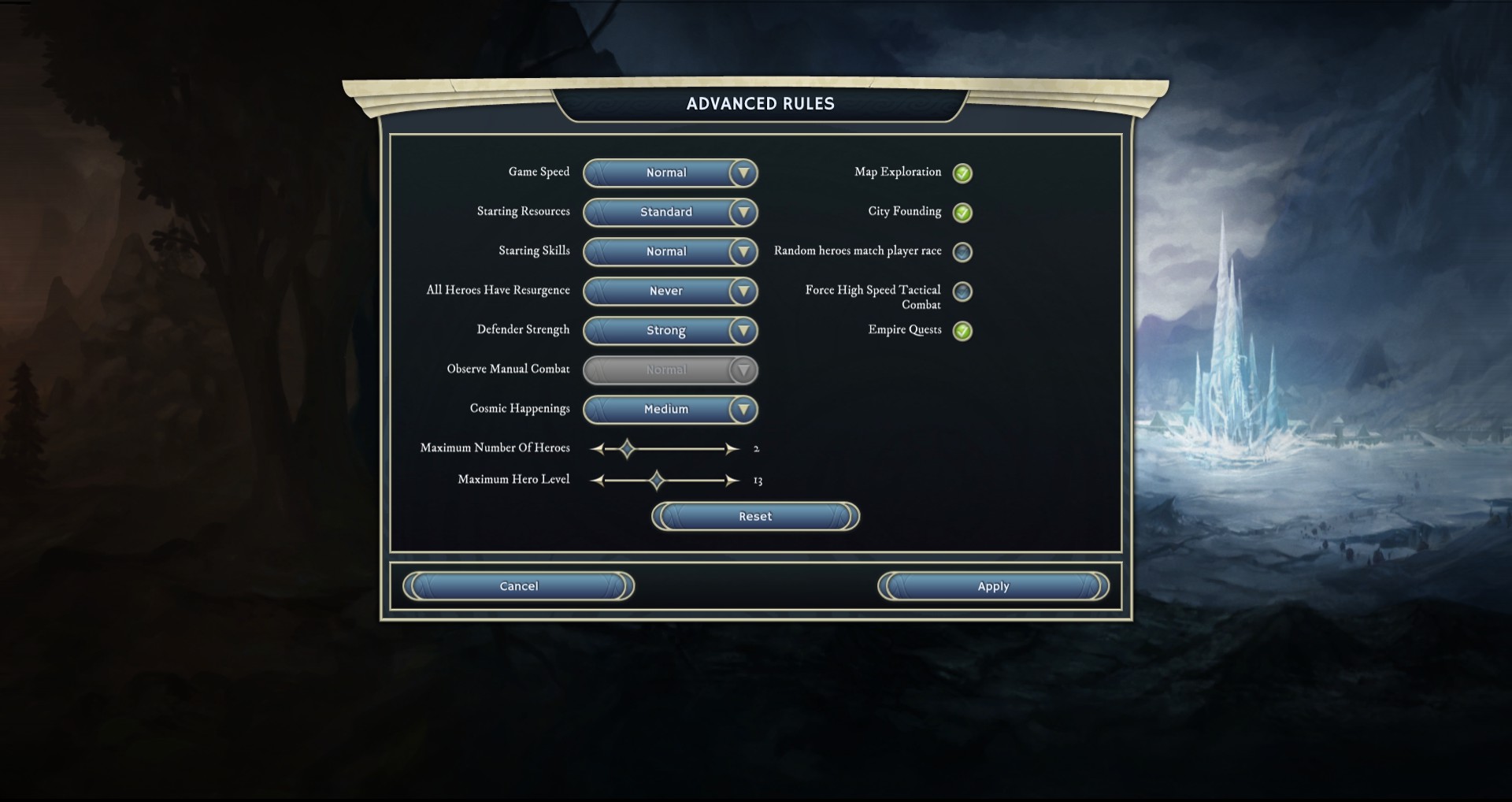 Hehe, if Gladis is OK with max level 20 on heroes, then you are indeed good to go

Ok, good to go now, we have both class/race and settings are ok!
Have fun killing each other!

The screenshots of the settings: 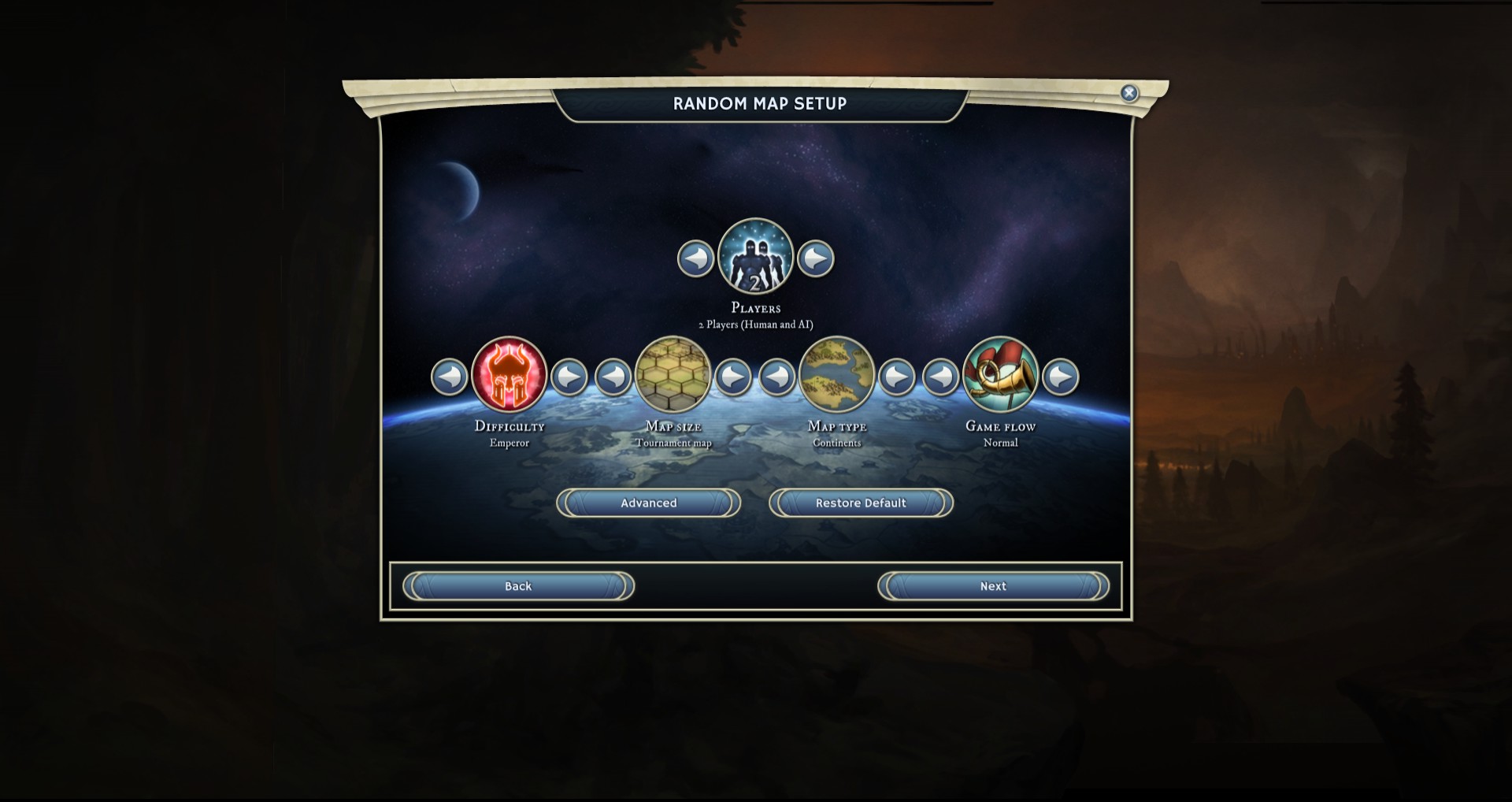 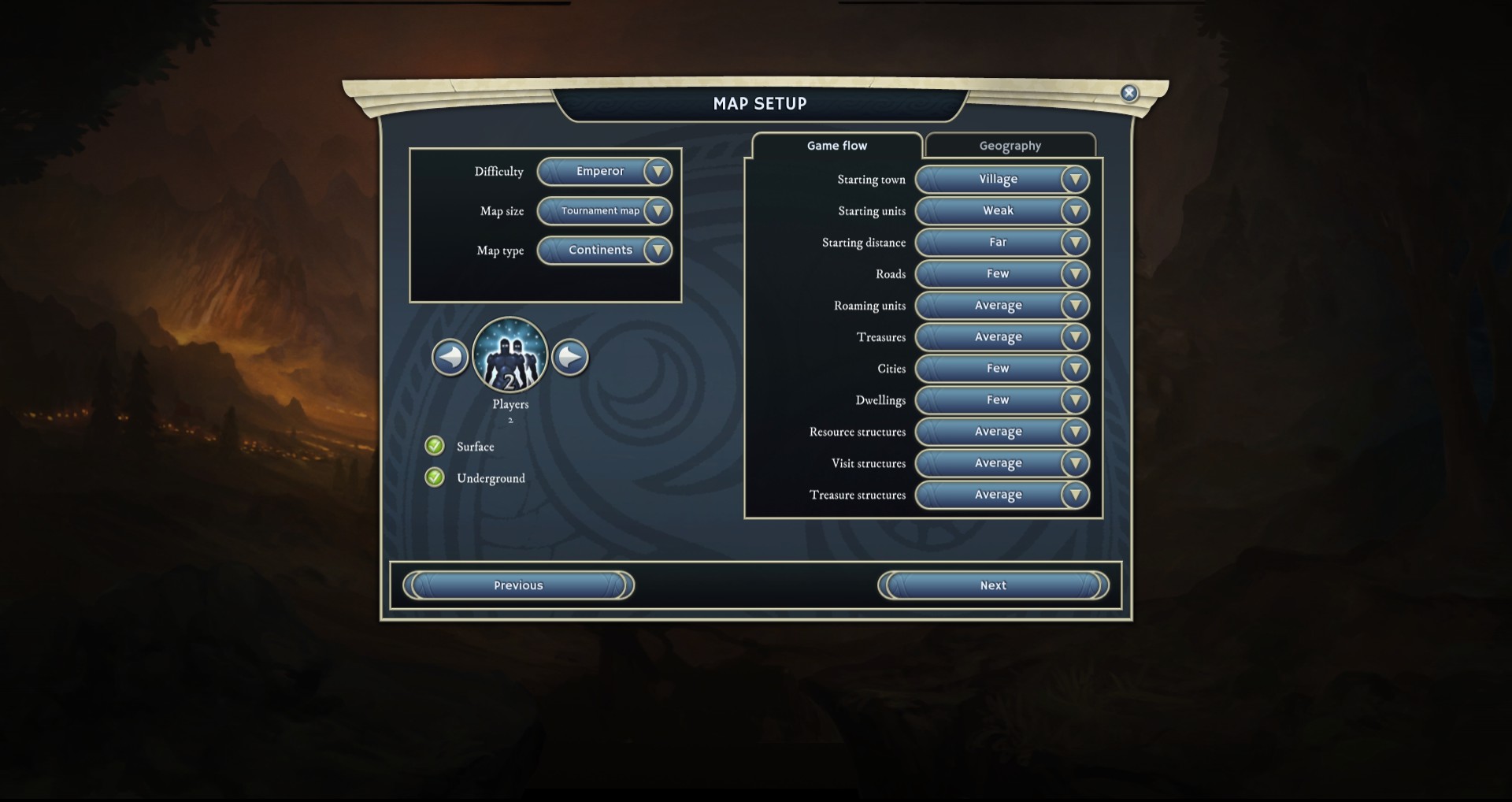 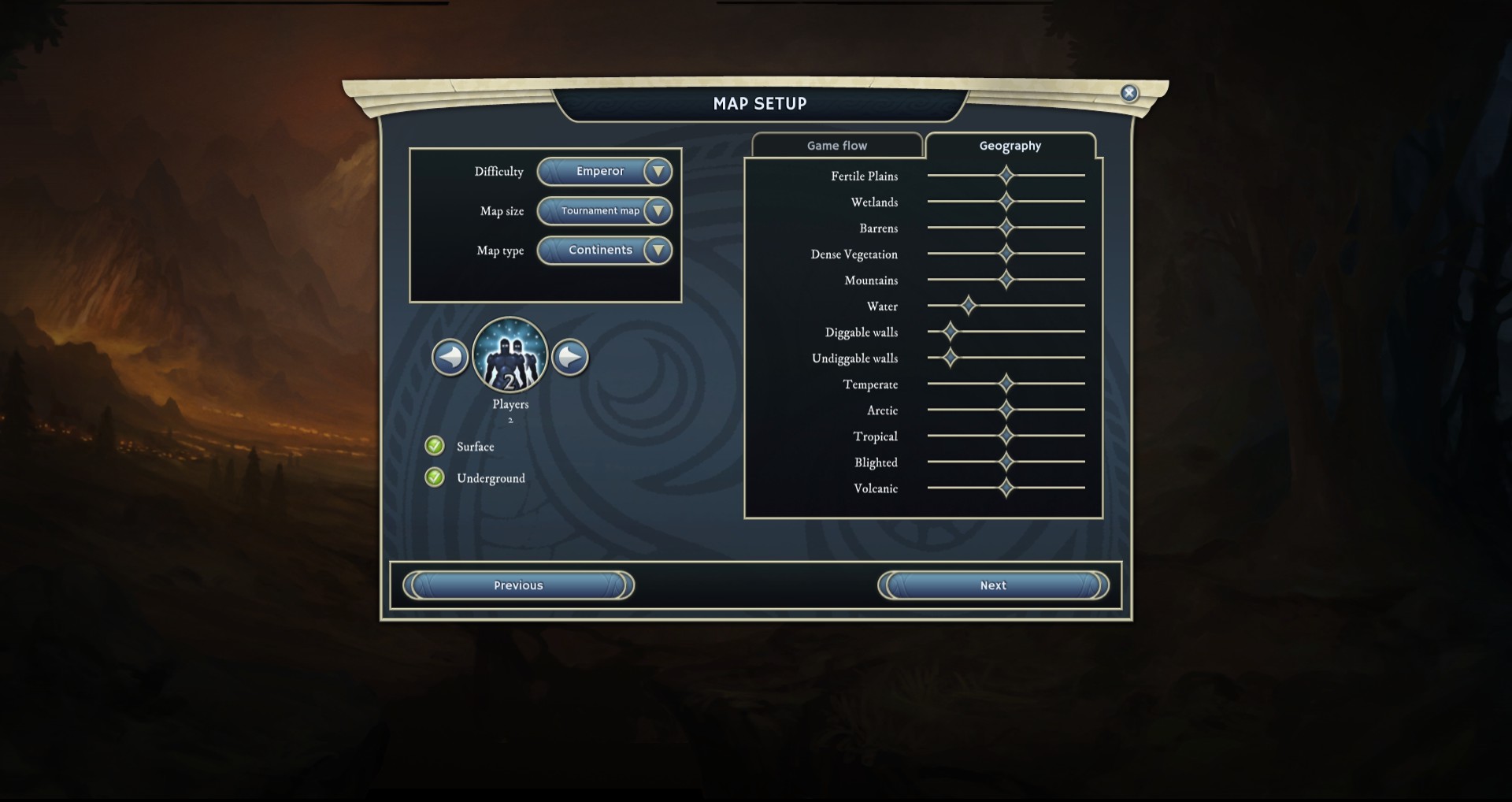 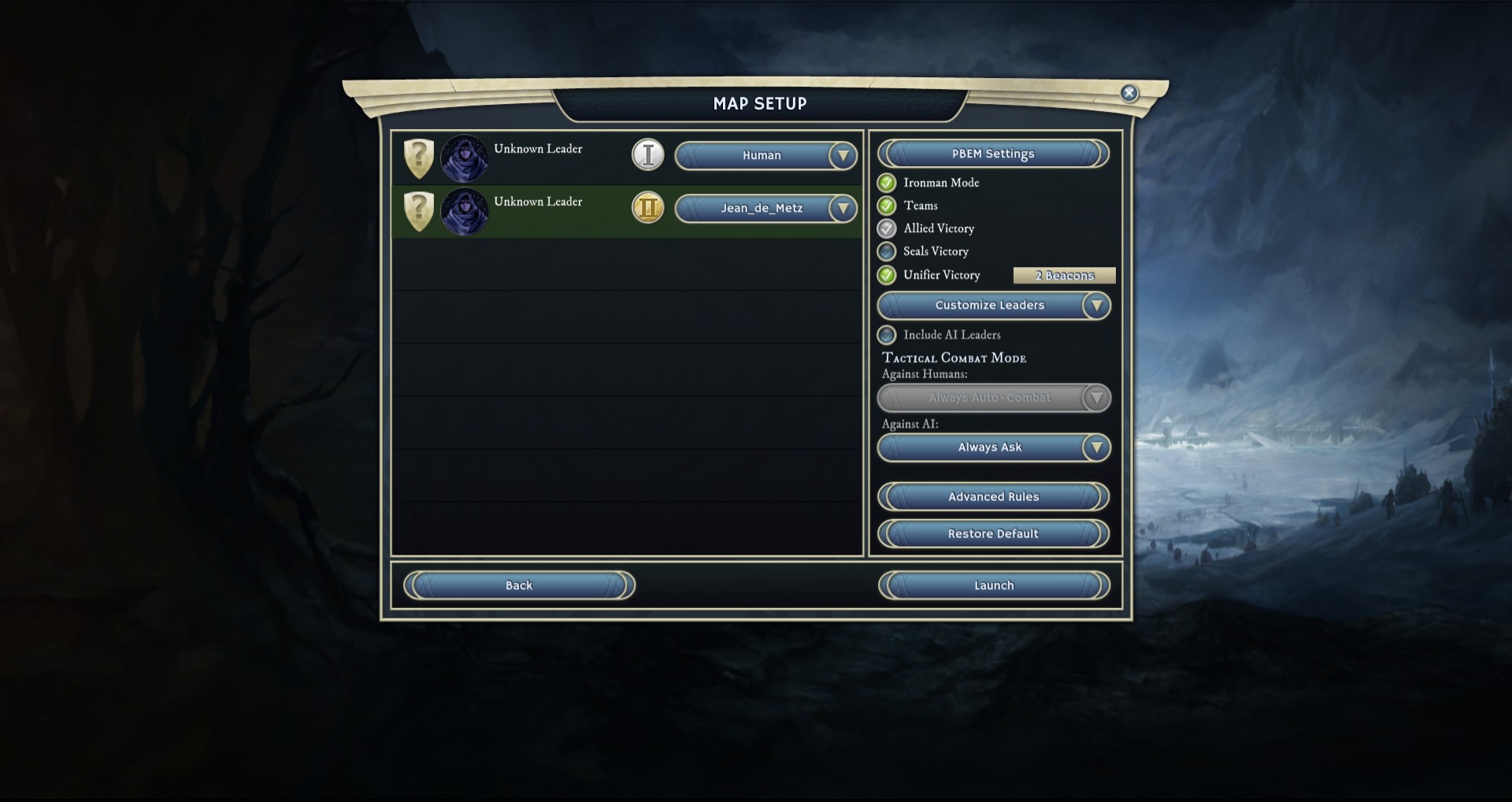 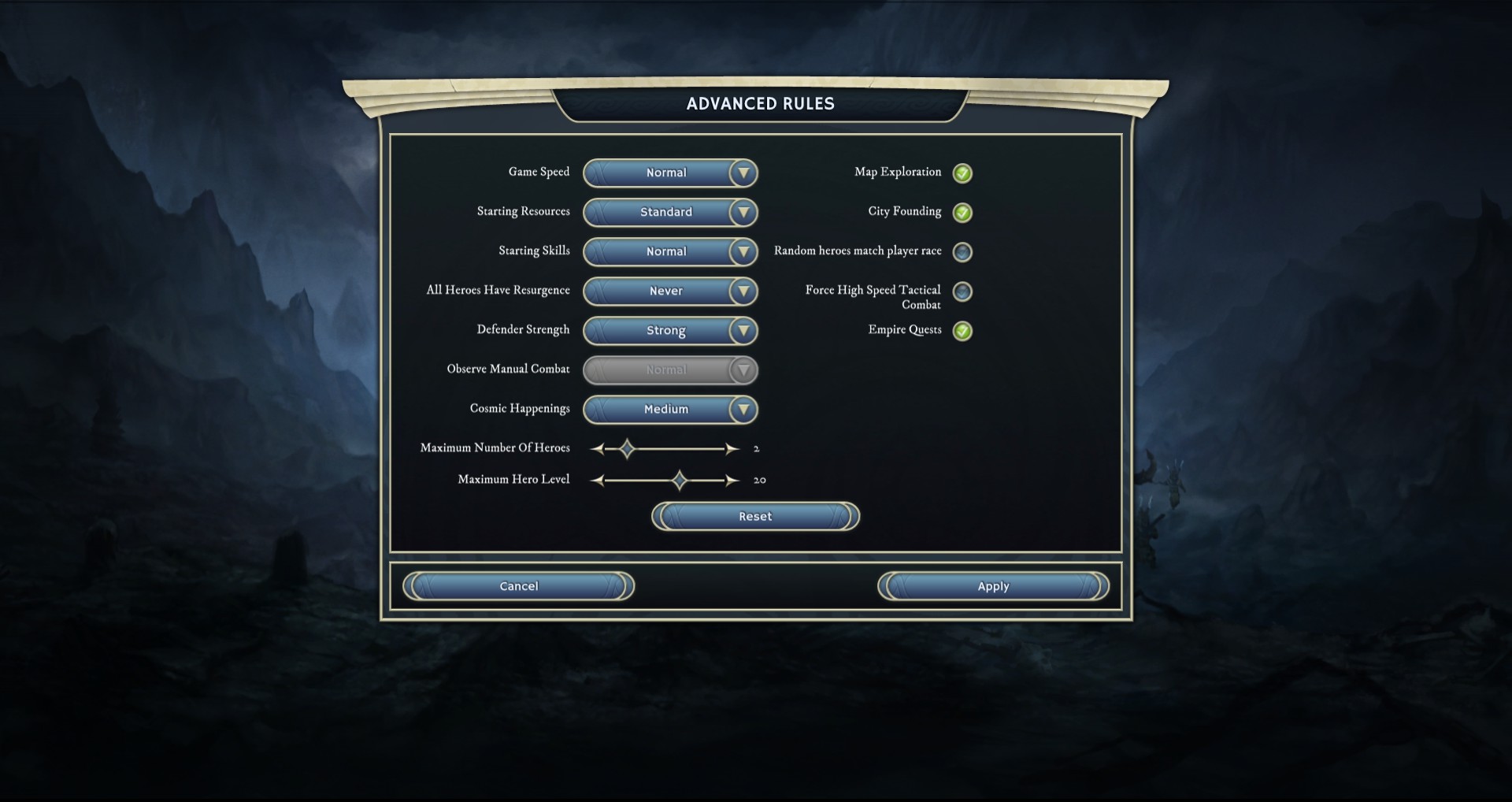 Any of the players in the team can host. The host must play in #2 position in the turn order (please check rules for more details).
Tournament Game #23 Round 2 !

We are waiting for class and race from Jean. Can you please send to me, Hiliadan and Fistandtilus?

Jean, you are the host for this match. You can find the rules here: https://www.the-battlefield.c... />
Thanks in advance.