Interested in getting some insights into the strategies of some of the best players of AoW3? Want to know what they think are the best combos and units? This is the first of a serie of 4 interviews with the players who qualified for the final phase of the 2015 PBEM Duel Tournament.

Sjow is currently ranked #24 with 998 points on the Battlefield. He has not played a match for a long time and due to real life constraints, he dropped from the 2015 PBEM Duel Tournament after having earned his participation to the final phase of the tournament after beating Skuns453Lirik902 and winning one of the 8-players sub-tournaments. He is however clearly a very talented player who gained all his matches in the tournament by big margins, except his first one where he had an early loss against independents.
The three other players qualified for the final phase all answered (or are about to answer) the same questions which the Battlefield team asked them and their answers will be released as soon as they are defeated in the tournament. After this interview of Sjow, you will thus be able to read the answers of Fistandantilus, gabthegab and Skuns453Lirik902 (who replaced Sjow after its exit from the tournament). 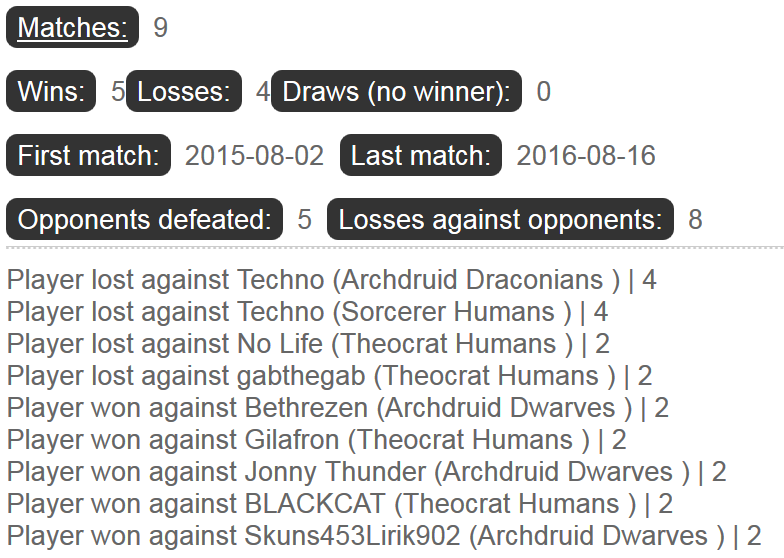 Sjow's latest results (victories in PBEM, except against gabthegab, and several defeats in live MP)

Before reading Sjow's answers, please note that a new PBEM Duel Tournament is currently open for registrations and should start around 15 January. Several new and relatively inexperienced already joined it so everyone is welcome to join it, and non-veteran players have a chance to go through several rounds and have fun: register here.

1/ First a little background on your IRL (if itâ€™s not secret!): where are you from and how old are you?
Sjow: I'm 26 years old, from the Netherlands.

2/ When did you start playing AoW and AoW3?
Sjow: Started playing AoW online around 2 years ago.

3/ Do you usually play AoW3 in single player, PBEM or multiplayer?
Sjow: I played live MP mostly, at the start of the PBEM tourney I started playing PBEM. I played just one game outside of the tourney (interesting loss against gab). Right now [in October 2016] I'm playing AoW every now and then, great game but it can be a little time consuming.

4/ How did you choose your combos during the tournament?
Sjow: I played what I thought was strong in PBEM, in my opinion PBEM is a completely different game compared to live, classes without convert options are no option. I picked Arch Druid (AD) and Theocrat because they convert/heal well. Necro is probably best but at the time of the tourney I felt like it's too much of a drain on your economy (probably wrong though).
[see more stats on the top combos in the meta statistics of the Battlefield]


5/ What is your favourite class/race and why? With what specialisations?
Sjow: Favourite class/race in LMP is human warlord with Expander + Grey Guard master, I like their irregular and the production bonus. In PBEM it's Dwarf AD, I like leveling tier 4 serpents and the quality dwarf starting units/heroes. In my experience specializations are negligible in PBEM, I only ever cared about rolling skin of oil and Beast mastery as AD.

7/ What was the hardest match you played in this tournament?
Sjow: The hardest game was against Skuns453Lirik902 [Dwarf AD vs Tigran AD, reported here]

8/ What results do you expect for the 3 players in the final phase?
Sjow: I expect gabthegab to win. He is undefeated I believe and has a lot of experience 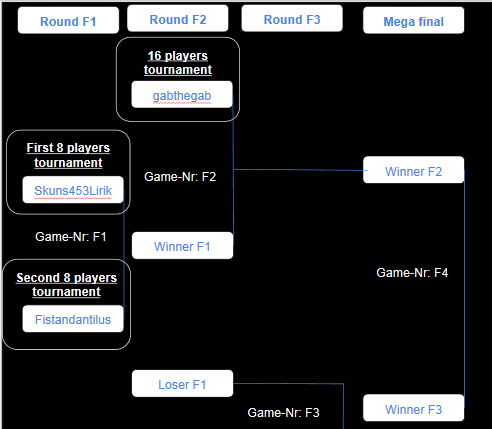 Roster of the final phase of the 2015 PBEM Duel Tournament

9/ Any advice for players who would like to improve?
Sjow: in PBEM:
- Take your time on your turns and in battle, there is no turn timer so there's no excuse for hasty mistakes
- Maximize your creeping efficiency, this means utilizing all the movement on your creeping stacks and avoiding corners of the map
- Priortize conversion heroes, both in buying heroes and leveling them

In LMP:
- Enter the game with a clear strategy
- Scout well and adjust based on the information you get
- Don't be overly concerned with upkeep. usually you can find a use for any unit, be it scouting or helping out your creeping stacks (as sacrificial fodder from the side).Â

If you're interested by more information about competitive plays, please check this piece of news: videos of competitive games