Released on its beta branch only 1 month after v1.22, the balance's mod v1.23 contains only 10 main changes but its impact on heroes' and Leaders' builds should still be significant. This small updates focuses on making rarely used heroes and Leaders' abilities more useful, brings light adjustments to Necro and a few other small fixes/changes.

Breaking the slow pace of release that had characterised v1.22 (first release on the beta branch in July 2017, 3 months after the finalization of v1.21, and then more than 3 months elapsing before the "official" release on the main branch in early November), v1.23 is a small update that re-establish the previous rhythm of one release every 2-3 months. The objective is both to be more responsive to emerging and unplanned balanced concerns, and to accelerate the pace of development of the mod, to be able to deal with all the major concerns that were expressed by the community during the consultation about the main balance issues (its results are displayed in this article). Balance is a never ending issue but it should be possible to deal with all major imbalances in a reasonable time frame, and leave only minor issues unattended.

v1.23 is already available on the beta branch of the balance mod and will be released on the main branch around 20 February.

The guiding principles of v1.23: 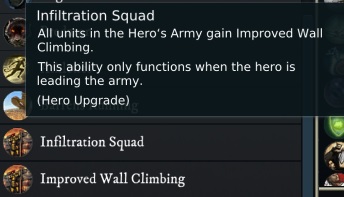 Abilities have been made more interesting by tweaking their costs and, in some cases, improving their benefits: e.g. Infiltration Squad now gives IMPROVED Wall Climbing


On a related note, Der Mentat announced on the Steam Workshop's page of his compatibility mod for the Empire Building mod and the balance mod that he would probably update it in December, to take into account v1.22 (and then compatibility for v1.23 probably in 2018?). 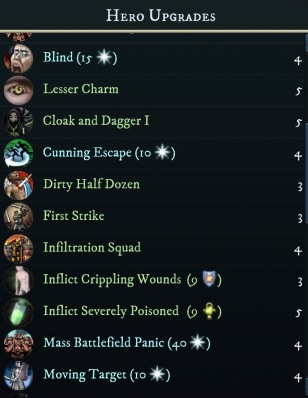 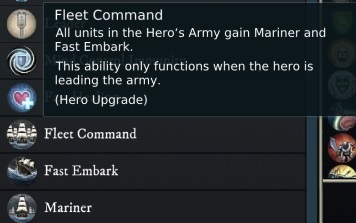 - Public Bath costs 120 gold (was 150)
- Heroes appearing in Cosmic Events have Mind Control Immunity
- A new setting is available for â€œDefenders Strengthâ€: â€œStrong with Normal rewardsâ€: Treasure sites do not give +50% reward value any more [this was not implemented due to technical issues]

- Twisting Roots cannot start researched (was: could be a starting spell)

- Ghouling Strike has strength 8 (was 9)
- Energy Drain has a physical strength 10 (was spirit strength 10)
- Ghouled cities can be Plundered and Hasty Plundered (was only possible to Purify, Raze or â€“ if playing Necro â€“ Migrate them) Â [this was not implemented due to technical issues]