v1.27 brings two very impactful changes to the game: item rewards when you clear sites are now more tightly linked to item rarity and Floating units no longer have Cave Crawling. These changes may seem minor on paper, but they have big consequences in game! Besides, this new update of the balance mod boosts Engineers, starts to deal with mind-controlled Regrowth units and continues to improve user experience with better descriptions and bug fixing.

v1.26 was a small update with a couple of changes and a handful of bug fixing. Its successor has a broader scope, which can be categorized as follow: 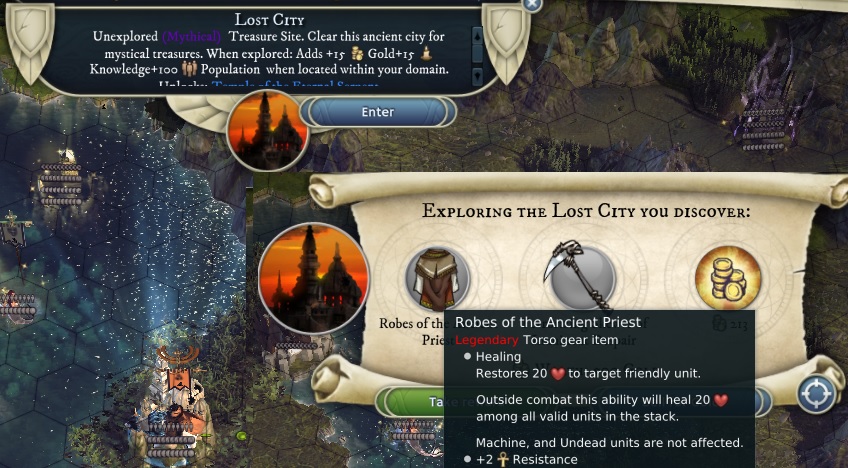 Sites are now linked to their own level and the one just: a Mythical Lost City will give Mythical and Legendary items


v1.27 comes a bit less than 3 months after v1.26 (first released on the Tournament branch of the balance mod). The goal is to keep a pace of a release every 3.5 months.

Around the end of June, v1.28 should make the tactical AI a bit smarter, consolidate previous changes (e.g. related to Regrowth independent units), and bring small balance touches, like delaying the learning of Call Ancestral Spirits by AD heroes.
Later, v1.29 (which should be renamed directly v1.3 if we manage to achieve its ambitious plans!!) should go much further in the AI smartening direction, make Racial Governance much more balanced and interesting, and make strategic spell casting and disjuncting much more active.

Full changelog of v1.27 (also available on the official changelog of the balance mod)
Bug corrections
- Beacon of Faith can not longer be cast on allied Ghoul cities (could be cast but had no effect so was a waste of mana)
- Produce Shadow Stalker no longer gives the ability to Lesser Shadow Stalkers of your allies to evolve in Shadow Stalkers
- Nightshade Fairy can no longer be obtained as reward from Feyâ€™s Easy Quests (Nightshade Recruit cost is increased from 240 to 330, i.e. a buy cost of 0.9*330/2=148.5 and the unit reward multiplier was decreased from 0.4 to 0.3; the Easy Questâ€™s Reward value = 450 and multiplier = 0.3 i.e. 135 gold value)
- Ziggurat on Strong Defenders can no longer have 3 Phoenixes to defend them (Amount of Boss Unit reduced from 3 to 2 for the Ziggurat Beholder and Henchmen set, Recruit cost Tigran Warbreed raised to 400)
- Falling Clouds now correctly gives -2 vision range to Armored units (was giving -4)

Issues/bugs of the balance mod corrected:
- "Dwarf Protector Economic" is now correctly displayed next to the +3 gold in the city panel when hovering over gold in the balance mod
- Various small description updates (icons added in Inflict Despair, Inject Mana Fuel, Pandemonium, Berserk, â€œdamageâ€ added in Domain of the Sun, â€œExhaustedâ€ added to list of units not affected by Death March, +20% replaced by +15% for Hafling entry in ToW and in unit panel)

General
- Floating does not give Cave Crawling any more (need 4 MP to move on Subterranean climate).
- Trolls, Naga Slither, Naga Guardian and Naga Matriarch get "Greedy": The unit costs +25% upkeep. Naga Slithers, Guardians and Matriarches produced in a Naga Dwelling get â€œHatchedâ€ and gets -25% upkeep, which means they cost 8 gold/turn (as before). 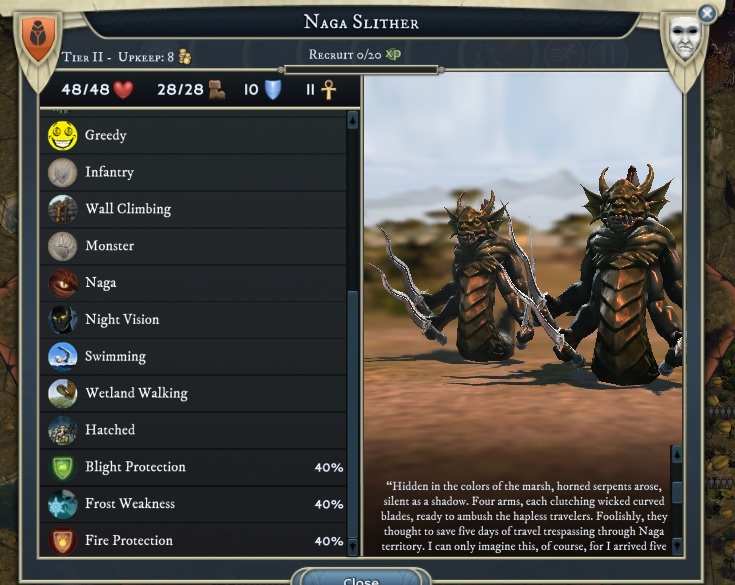 (Untamed) Trolls and Nagas now get Greedy (+25% upkeep). The Hatchling Pool at Naga Dwellings cancels out this with Hatched (-25% upkeep) for Nagas.

Finally, players will stop making mistakes in the settings for tournament games!!

Â  Beware: this does not (cannot) modify settings which are edited in the last screen where players are displayed (Beacons, hero level, starting skill, etc.)


- 18 descriptions and Tome of Wonders pages are updated to correct imprecise or incorrect descriptions. Full list: https://docs.google.com/spreadsheets/d/1eVOyD2rdiUb4PytVhaKT1rxNiWMquRAlnXw587VwBpg
- The French localization (translation) of the game is entirely updated, thanks Rodmar 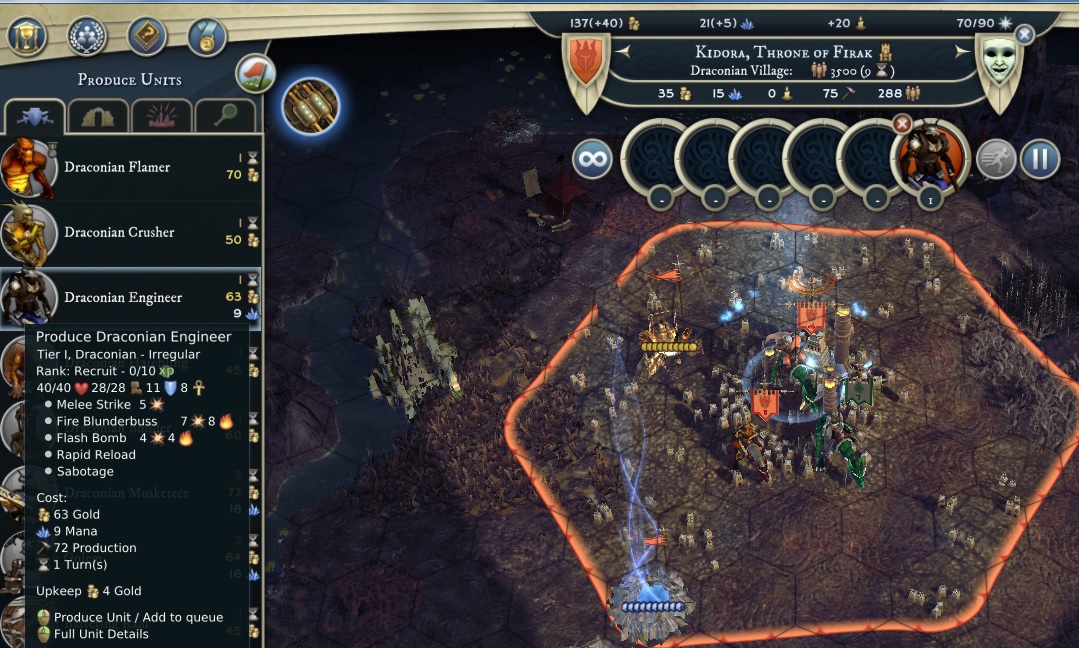 Finally, you can one-turn your Engineers and they're not over-priced any more! The end of the road for Engi balancing?


Water
- Rot gives Weakened to Machine and Undead it affects (was Deteriorated in the balance mod and Weakened in vanilla).