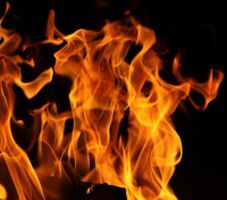 An increibly interesting and intense game, looking forward to write a huge report in the upcoming hours.

Our scouting really sucked. You mean we were lucky because of 80% summoned Spiders/Serpents?
But maybe we were a bit unlucky that the dungeons were located directly in Earls empire instead of laying on the way.

But IÂ´m fine with the result, well played.
Maybe Change the possibilities for the conversion abilities.
E.g. if I were an Monster like Ogre or troll, I would give a damn about Religion, so maybe making converting only possible for "humanoids" would be an idea. Seducing and charming should not work on animals. Both could work on Monsters though.

Maybe we can do a rematch in some weeks. Broz will take a rest

PS it seems you have too much time, but nice Report

One conclusion though: further nerf Convert and AD's evolve (though it has already been nerfed in v1.18 so should be ok now for evolve strategy) because games should not be decided in turn 20, even with good plans. And also: slow down hero's leveling to slow down mind control strategy.

For a while you couldnâ€™t tell who would win.Â The armies were like two exhausted swimmers clinging to each other and struggling in the water, unable to move. The villainous rebels Gladis and Earl were supported by tigrans and repulsive snakes from deserts, and Lady Luck was with them, smiling cruelly at his enemies as if she were their whore. But Luck and Gladis&Earl alliance together werenâ€™t strong enough. Brave Hellbrick and Jean, laughing at Luck, chopped their way through to Gladis, who didnâ€™t even have time to say good-bye or shake hands before they split him open from his navel to his jawbone and stuck his head on their castle walls.

Â Thank you for teaming up with me.


Once we learned our opponents classes/races we found ourselves in a quite difficult position: double druid scheme is extremely dangerous and often impossible to counter. The first rule here isÂ to scout.Â Sometimes druids produce such a strong rush with early level-uped animals that you don't have forces to overpower them and the only chance is to avoid "grand battles".Â
That's why I paid a lot of attention to exploration of the map. Even if you can't follow the enemy you should at least open the whole map and take screenshots of all its parts. Druids have to take all the objects on their way in order to get expa for the animals so once you see a mine or a mana node explored you immediately get the idea where your opponents are. I feel myself a real war general in this caseÂ

We knew that Gladis and Earl would attack us as soon as they got good armies but we could do almost nothing about it. We just tried to get prepared for the assault. I mulled my heroes and finally got a theocrat and a druid in my army. That was huge cause double theo means 2 stacks with resurgence which sometimes makes the army almost invincible. From now on my plan was exploring the map and making my route: I wanted to attack all the difficult objects one by one in order to get as many high tier units from convert as possible. It was a success. Even though I had some failures with convert ability I managed to create 2 really strong stacks after visiting several taverns, dungeons, etc.

But even this wasn't enough. When I found opponents' armies I understood that we had some chances only by spliting them. We wouldn't have a chance against joint forces.Â
Screen # 1. Meeting Gladis' army.


Now let's have a look on the map in general.Â
Screen #3


One time I really hoped that Earl would make up his mind to take the archon dwelling on his way to me. I even didn't take the level-up statue there hoping it would attract him (quite reasonable for the druid).
Screen # 4. The dwelling.


But unfortunately for me Earl didn't come. They decided to go straight to Hellbrick which wasn't funny cause at that moment my teammate, playing sorcerer, was the weakest on the map. And there we were, thinking, planning, counting, considering all the options and possibilities =) Total domination in scouting helped us a lot here and finally we came up with a plan.
Screen #5. The plan.


It was a perfect plan! Just passing between their main forces leaving a poor domain and attacking their empires. We had to get more info about their throne cities and newly built outposts.
Screen # 6. Throne city of Gladis


We controlled everything. Every single step of their armies.
Screen # 9. Earl is almost there, in Hellbrick's domain.


They weren't expecting such a maneuver, I guess, that's why Hellbrick caught a small army of Gladis going for a quest.
Screen # 10. Hellbrick and Gladis met in the center of the map.


When Gladis lost his small army near his vassal in the center of the map he decided to run after Hellbrick instead of going futher in his domain. I guess he wanted to catch Hellbrick's army and kill it while Earl was going for his throne. That would have meant the elimination of my teammate. We couldn't let all this resolve so I went to help Hellbrick and here we got another cute plan ^_^.
Screen # 11. Gladis is running after Hellbrick


Hellbrick played the key role in the game cause he suggested the following: what if he split his forces leaving a slow stack behind? A small stack of 28 mp units led by a strong dreadnaught hero, running away from their pursuer but with no chances to escape. A very "tasty" trophy I say.Â
And we started to count...
Screen # 12. Calculating the movement points...

After that it was impossible for Gladis to survive cause all my stacks survived in the grand battle and we both were there, ready to take the throne city of Gladis.Â
Screen # 17. The victory!


Underground played no role in this game though we had some plans for it too. There could have been a scenario with all the 4 domains razed and plundered - in this case it would have been useful to explore the underground and build some fortresses there to survive.
Screen # 18


I'm not pointing at the fact that Gladis and Earl played badly here. Their decisions were correct but the lack of scouting turned out to be crucial here and resulted in the loss.Â
We're always up for a rematch, guys, so if you feel like doing it don't hesitate to pm me ^_^.

Hello, guys!
If I'm not mistaken these settings match the tournament ones. Please, still check them. I've made up my mind to set continents instead of land cause, yes, I wanted the map to be like in the tourney

Â Let's have our home training game and get plenty of fun here.Â
You're welcome to join, pass is "broz"
Any suggestions on the timer?