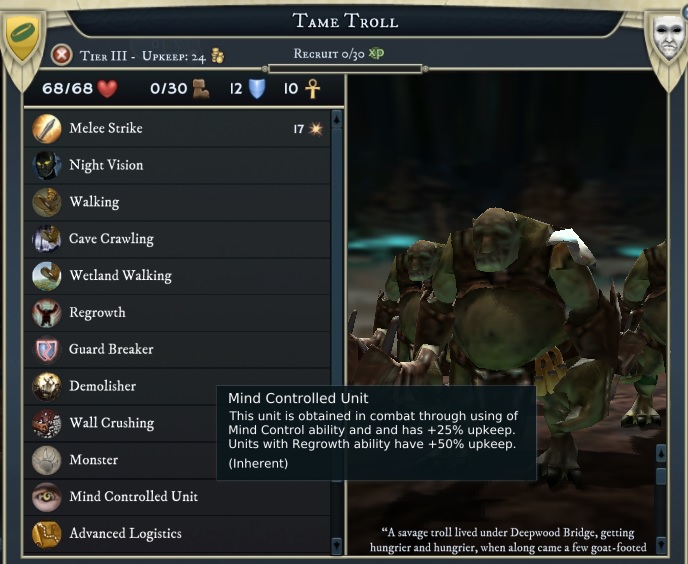 Bug correction
Issues/bugs of the balance mod corrected:
- Stiffen Limbs has a spirit attack check (was physical)
- Twisting Roots can start researched (was couldnâ€™t)
- Solar Spire and Stylite can no longer be produced in the Arcane Item Forge
- Cape of Rot has the old version of Path of Decay: it is always active and cannot be controlled (was a version of Path of Decay which could not work; it was not possible to fix it to make it optional like non-hero unitsâ€™ Path of Decay)
- Foot Wraping of Power (Epic) can no longer be found in Mythical sites,Â  Solid Chainmail Leggings of Heroes (Strong),Â  Longsword of Dire Penguin Slaying (Strong) and Athla's Natural Club (Strong) can no longer be found in Legendary sites.

General
- Bards get Mind Control Immunity
- Planetary Alignment gives +100 % RP income for 4 turns (was complete the current research instantly)
- Shadow Step costs 4 UP for Rogue (was 5) and Necromancer (was 2)
- Inflict Despair is available at level 5 (was 1)
- Enemy heroes cannot be targeted by True Resurrect
- Warbreeds and Trolls are replaced by Ogres on Destruction Mana Node. Trolls are replaced by Ogres on Ancient Ruins
- Cure Disease costs no action point and has a 1 turn cooldown (so can be used only once per turn) (was takes all remaining AP)
- Liberated from Raiders (+400 happiness for cities liberated from roamers) last 10 turns (was 15 turns)
- Oyster Reef is affected by Sanctified Sites, Animistic Knowledge and Magical Structures
- Harbors heal 10%Â  HP/strategic turn to friendly Boats in the cityâ€™s domain 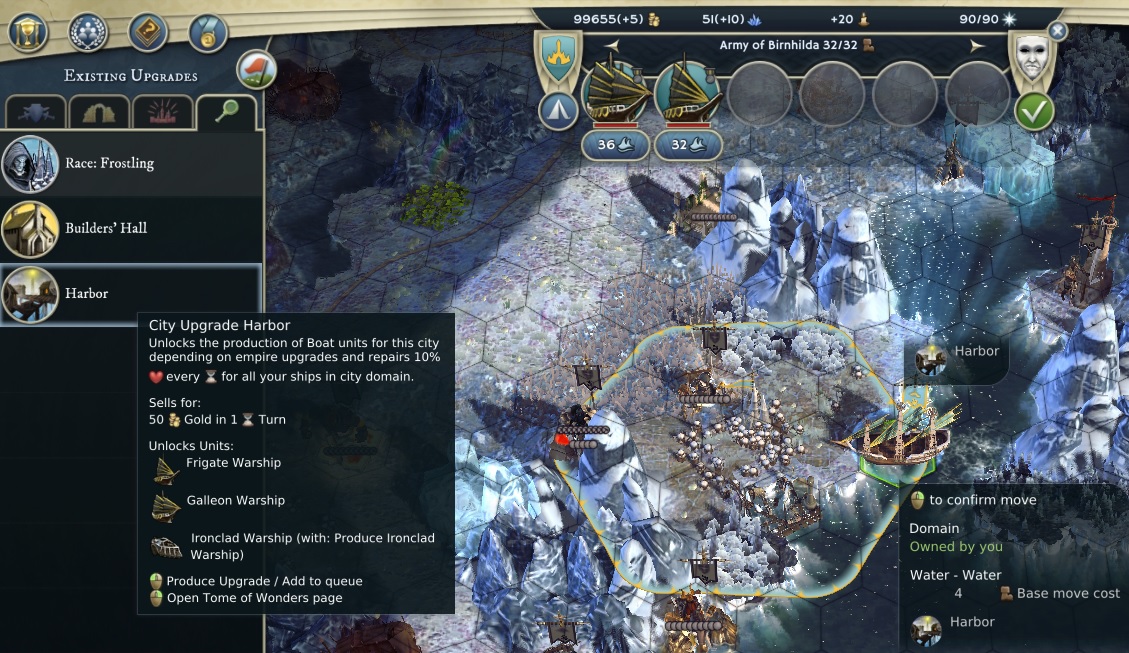 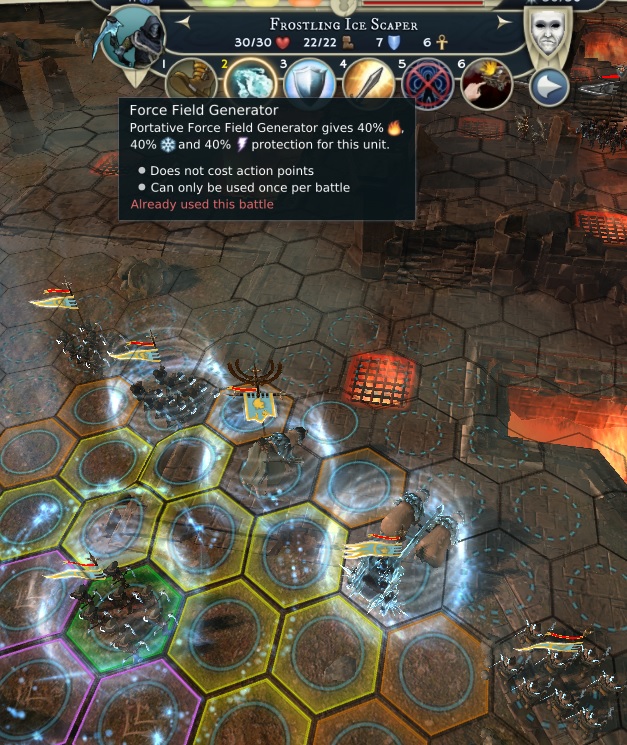 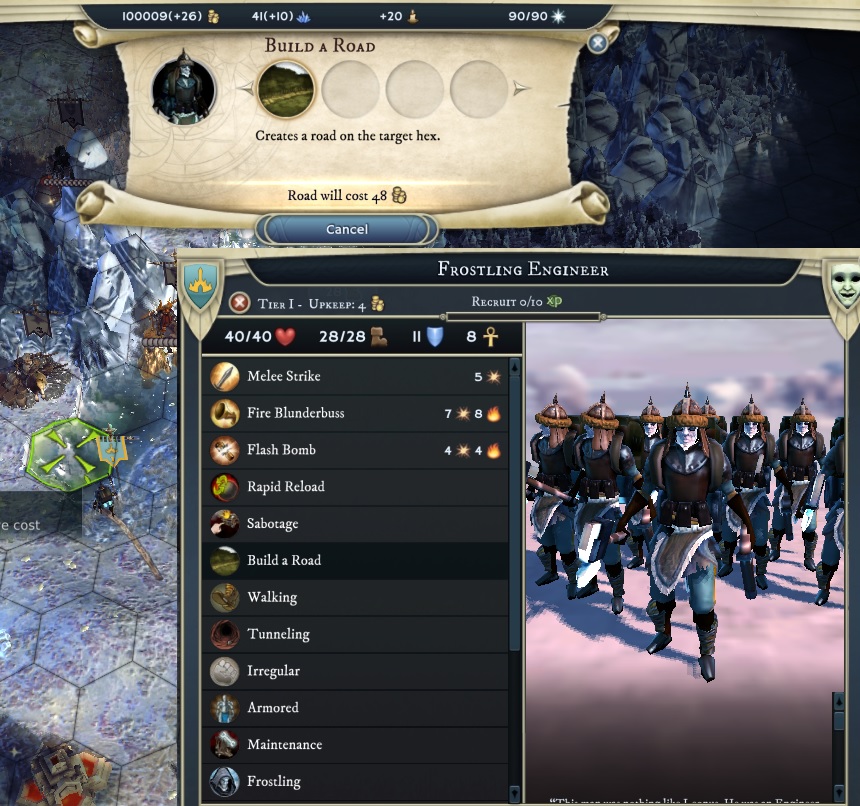