Game #736 | Panda/Hamster/Raccoon/Elk vs The Sinners. 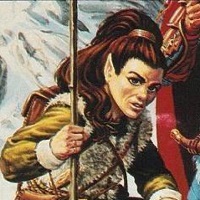 Tasslehoff vs  Mr. Hawk vs  Fistandantilus vs  Warlord Keldon

It took us 98 turns and 9 months to finish this emotional roller coaster of a game, but it's finally over =) I want to thank everyone who participated in it, both allies and opponents, you all made this game truly epic and thrilling.

This is a game that definitely needs to have a report written about it. I'm not sure when I'll be able to get to it and how long will it take, but the story of our struggle for survival that started with losing Melciar on the day 18(?) and eventually ended with us emerging victorious is just too dramatic to be left unshared. So stay tuned, I guess =)

Arnout answered: they upped the limit to 20 Mb so should work now.

Thanks for your help, I did as suggested by you.

the size is 16.739KB,Â I did not play with debug mode,Â after saving the game it does not start to transfer any data and the notice is "upload failed"

It's two days that I try but without success, while with other games I had no problems, I'm afraid it's just our round that does not work.

Hi! No problem at all, Hawk

Hi guys, I have a problem, I played well my turn but the upload fails every timeÂ

Hi, I'll be on vacation for a week starting tomorrow (Dec the 3rd) so won't be able to play any turns till mext monday (11/12). Sorry about that

It's funny but I did the same misplay as Keldon several turns ago: I missclicked and moved in the wrong way.
I asked Keldon if I could take a restart to make the right move (we're approaching each other and it's important to make the right positioning) and he said yes.
Thanks a lot!Â

No problem at all, Keldon

Everything is fine, you don't even need to apologize.
- Jean

Sorry guys for GR, but IÂ pushed the wrong mouse button. my unitsÂ moved in a stupid position and not close to the others. Is too important at this time of the match.
WK

Hi, guys!
I'm glad the bug was solved.
I'll do whatever Tass decides. If it's more comfortable for him to play the turn once again without bugs I will simply revert it then. Or he decides to make the procedure described by Hiliadan. Waiting for his repsonce

P.S. The game is good though it seems Hawk is gonna rape us with all his stacks

Revert is an option but a better option is:
"Here is the procedure: go to C:\Users\[Windows user name]\Documents\My Games\AoW3\Profiles\[AoW3 user name]\PBEM, find the save game from the the bugged PBEM game, delete the 3 files (.txt, .apg, .~apg). Launch AoW3 with the updated mod, and load your PBEM game as usual: it will give you an Ironman warning, there is no way to avoid that, then your turn will load and you will be able to continue playing as usual."
Sorry for the trouble and thanks Tass for reporting with the screenshot.

Something strange is happening in the game, after the latest updates it seems gone mad ...maybe "Stranger Things"

Jokes apart, the mod must have a bugÂ especially with flying creatures,Â try to create a test game and you'll find out.

I just update mod 1.22 but my flying/floating units on the sea are now embarked and I can't disembark them.
I wrote to Hiliadan about the issue.

do not worry, you can also play with your eyes closed

I have to inform you, guys, that unfortunately I got a quite severe conjunctivitis and I'm recommended not to use pc at all till the disease is gone. So I'll make a short break in turns now.Â
I'm sorry.
Jean

Nook is on another vacation and he'll be unavailable until October 17th. (What is it with people picking the places that got WiFi uninvented as their vacation spots?..)

Sorry, had an overheat of the pc and crash.

Yep ... but now is WK on vacation till Sunday.

Looks like Tass is back.Â
I still don't think we need timer here but let's not stall the game

I will be on vacation from September 2 to 9. No laptop for a week.

Sorry for the GR at the second time. My PC is broke, itÂ overheats all the timeÂ when i play the games. I will try to fix it next time.Â

Â 2 days ago, he won't be available to play till the end of July. That's why I'm not hurrying with my turn.
Actually, this month's gonna be full of breaks cause I myself am leaving soon and, I guess, some of you too

No no, don't disband anything

Hi, Hawk!
Yeah, well, I got extremely lucky in the last battle. After attacking and losing the big battle to Fist (where his warlord survived) I thought it was over: Fist would escape with the hero, get a new army with phantasmal warriors summoned and take the throne. I had some untouchables left who didn't manage to get to the battle last turn (you might have noticed I had to build a road to be able to attack). So I got my new turn and was really surprised to see the warlord killing the ogre and still staying near the capital with almost no backup. I attacked with all I had + newly built bard (very likely victory) and you saw the result. The warlord would have died anyway, but luckily for me the bard charmed him on auto.Â
I've been strugglying with my laptop for quite a lot and it became much worse in the last days. Due to unknown for me reasons it begins to overheat every time I play games (especially some like Overwatch - during it laptop just switches off, that's all). The screen also tends to blink and therefore browser lags and stops working. In case of AoW I save the game after every tactical battle but some turns last 1-2 hours and the game crashes very often.
Since it concerns all my games (only in the top-8 game was I lucky not to have any crashes) I've apologized to the community in the general chat. Today I got the device I ordered several days ago - a special stand for the laptop which have a cooling effect. I've already tested it and monitored the data with Aida64 programm: it became better, the core is only 90-100C maximum during games. I hope it works for the future too.
Once again sorry for these crashes. I know that it might look pretty suspicious that I managed to charm a hero on auto during the turn with IM notification so I can simply disband it if you like. Just tell me

Wow JdM, you too have been lucky: one shot, one alone hero charmed and great scouting.
I saw you did a GR, what's happened?